Can a beloved Tashkent theatre resist the wrecking ball? 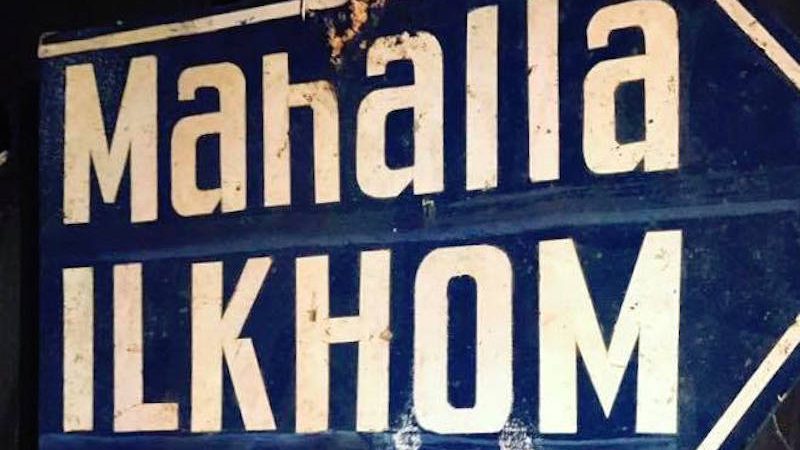 “Ilkhom neighbourhood” reads this Uzbek-language side on the premises of the Ilkhom Theatre in central Tashkent. Photo (c): Filip Noubel. Used with permission.

An iconic independent theatre in Uzbekistan's capital is threatened with expulsion, revealing tensions among political and economic elites as Central Asia's most populous country engages in bumpy reforms. As Tashkent changes rapidly, a public campaign is underway to save one of the country's most beloved independent cultural spaces. 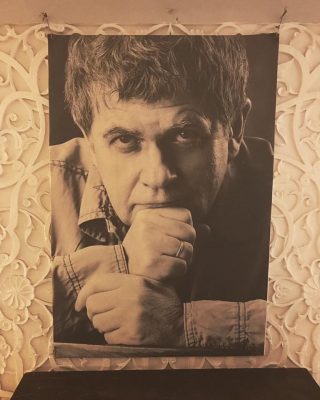 From its very beginning, the Ilkhom Theatre in Tashkent distinguished itself as an unusual place. The theatre's name means “inspiration” in Uzbek, and it was founded in 1976 by Mark Weil, an artistic director who managed something quite astonishing: to some extent, he was able to avoid the pervasive censorship of the time. Under Soviet rule, culture was considered another domain of communist ideology, and its purpose was to support the ruling party's line. In a system without a market economy, operating without state subsidies was close to impossible, but Weil found a way — all while retaining a remarkable degree of independence as an avant-garde art director.

The situation changed significantly when Uzbekistan declared independence in 1991: unfettered capitalism, along with unprecedented freedom of expression, swept the country. Many state supported cultural institutions went out of business. Weil once again worked his magic and was able to raise the profile of the Ilkhom Theatre as an renowned space for experimental drama. The theatre was awarded international prizes and managed to survive economically thanks to a mix of grants, devoted theatregoers, its own café and drama school, and support from overseas. 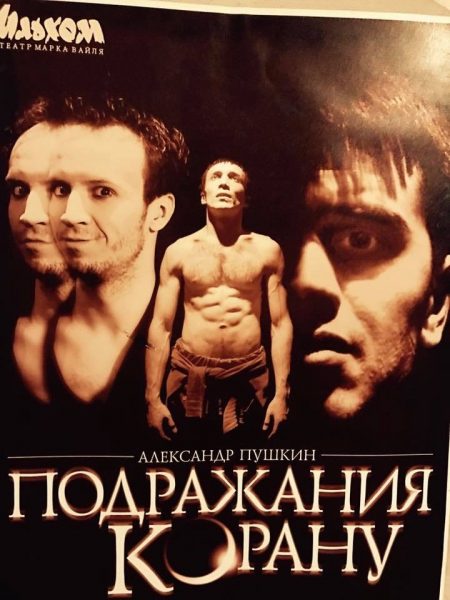 As Uzbekistan changed its language policy and promoted the use of Uzbek against the previously privileged Russian language, the Ilkhom Theatre also became a rallying point for intellectual Russian speakers, regardless of their ethnicity.

The relative freedom of expression experienced by most post-Soviet states in the 1990s ground to a halt in Uzbekistan after a series of bombings in 1999, and was further curtailed after the 2005 Andijan unrest. While the Ilkhom Theatre managed to preserve some freedom, a huge blow came on September 7, 2007 when Weil was assassinated. The circumstances of his murder remain murky to this day. While his killers were apprehended, some observers situate their motives in the context of a conservative, predominantly Muslim society. For example Weil's play Imitation of the Koran, based on a poem by the Russian poet Alexander Pushkin, provoked controversy in Uzbek society— as did Weil's own homosexuality.

Remarkably, the actors of the Ilkhom Theatre decided to perform on the day after Weil's murder. They argued that “the show must go on,” contributing to yet another legend surrounding the name Ilkhom.

A new chapter commenced in Uzbekistan's history when President Islam Karimov, who had ruled uncontested for nearly three decades, died in September 2016 and was succeeded by former Prime Minister Shavkat Mirziyoyev. The country rapidly embarked on a programme of political and economic reforms with mixed results. While there has been liberalisation in some areas, corruption, lack of access to justice, and censorship still affect Uzbek society deeply.

The Ilkhom Theatre may have survived censorship and economic upheaval, but now it faces another foe: massive urban redevelopment. The unbridled urbanisation of recent years has destroyed many of the Uzbek capital's landmark buildings from the Soviet period. One example was the demolition of the House of Cinema (Дом Кино) in January 2018, a Soviet-era building which hosted international film festivals. The government justifies these moves as progress, part of a move to transform the capital under the banner of  Tashkent City, a US$3 billion mega project that has turned large parts of city centre into a building site.

The Ilkhom Theatre occupies part of the ground floor and the basement of a larger building which also houses the Shodlik Palace hotel. On February 7, the new owners of the building, the Olefos Plaza company, sent a letter to the Ilkhom Theatre, informing them to vacate the premises due to reconstruction works. The letter states that:

The building presents an unsightly exterior and is situated in the centre of the city; its current state spoils the overall look of the capital.

The theatre had a special agreement with the previous owner guaranteeing a rent free lease until 2023, with an automatic extension of the contract for another ten years. However, that contract was superseded in 2017 when the government took over the building and sold it to the Ofelos Plaza company. Following this announcement, supporters of the theatre as well as its staff launched several online campaigns, including the hashtag #saveilkhom, and in Russian,  #спасемильхом on Facebook and Twitter.

In this photo posted by a Tashkent resident, a young girl holds a sign reading “Tashkent needs the Ilkhom Theatre”

Our young hero. Trust me, we work to save this place for you! pic.twitter.com/8KF0wrQlzd

A bilingual website has also been launched to garner local and international support and host petitions. But it seems this is not just an opposition movement. Unusually, one of the voices calling for the preservation of the theatre is that of Saida Mirziyoyeva, daughter of the current president. Mirziyoyeva, who serves as deputy director of the government's foundation for mass media development, wrote the following on February 11:

I'd like to comment on the situation around the Ilkhom Theater. I myself am a fan of the theater and want to assure everyone that we won't forsake it! Ilkhom is the pride of our cultural life!

While it seems that Mirziyoyeva's statement might have given the theatre a chance to stay where it has existed since 1976, staff at the theatre remain cautious. According to Deputy Director Irina Bharat, the new plan of the building's owners is to reconstruct the whole premises over a period of two years and add new floors, meaning that:

As we understand, that they will need to dig a pit, meaning that our basement will be destroyed.

Uzbek documentary photographer and filmmaker Timur Karpov told GlobalVoices that the story was far from over:

She [Mirziyoyeva] as well as her father, are image makers, they need a positive image among the public. Now all depends on how far both sides can go. There is a real chance that Ilkhom can survive, but if the authorities start pressuring the management of the theatre, they will have to give in. They'll need to come to a compromise and find a new building. That whole process will take years.

Ashot Danielyan, a poet and rock musician who organises events at the theatre, believes that the theatre requires formal protection from the state, rather than depending on the whims of the building's owners:

The only way to save the theatre is to make it untouchable, as a place of historical and cultural significance. “Ilkhom” means inspiration. For me, it's one of the most inspirational places in Tashkent. Since 2007, it's where we've been organising the country's only festival of rock music. Without this theatre, the entire alternative music scene could disappear; for many young bands, it's the only available venue for performances.