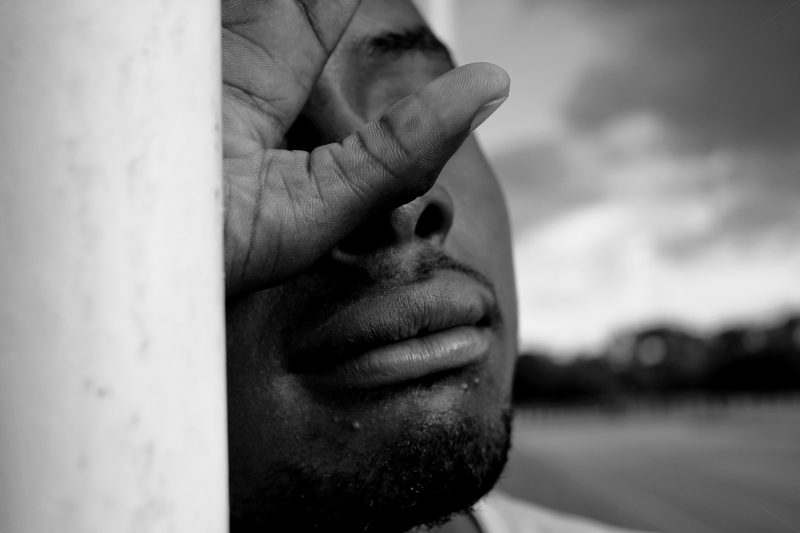 A Nigerian man leans on a white wall. Photo by Muhammadtaha Ibrahim Ma'aji from Pexels.

Rice. A bus ticket. Nigerians are feeling the squeeze of rising prices for everyday staples.

In January, the inflation rate in Nigeria jumped to a record 12.13 percent, the highest since May 2018, according to Nairametrics, a financial online news portal that released the report on February 18.

Nigeria's economy went into recession in 2016 due to a fall in the international price of crude oil from “highs of about $112 a barrel in 2014 to below $50″ in United States dollars, according to the BBC.

The country pulled out of the recession in “the second quarter of 2017,” according to Premium Times, and the International Monetary Fund further asserts this positive outlook:

Economic growth in the fourth quarter of 2017 was positive for the third consecutive quarter, driven mainly by recovering oil production. The economy — excluding the oil and agricultural sectors — saw a first modest year-on-year expansion, after seven quarters of contraction.

Yet, a “rise in prices which inflation measures is the fifth consecutive and the highest in 21 months does not bode well,” for Nigeria for these reasons, according to Temitayo Fagbule, economist and chairman of the editorial board of BusinessDay, a financial daily in Nigeria.
Fagbule explained to Global Voices via email the various reasons why high inflation is hurting Nigerian citizens:

Nigeria, — Africa's most populous country — is not only shackled by an economic dip, but also held hostage by corruption — particularly in the public sector.

Transparency International, a global anti-corruption movement based in Berlin, Germany, releases a year Corruption Perception Index (CPI) to rate the level of corruption for 180 countries around the world. CPI grades countries on a score of zero to 100, where zero is highly corrupt and 100 is very clean. The 2019 CPI ranked Nigeria, the 146th most corrupt country the world, with a score of 27 out of 100. This showed a fall from the 2018 ranking in which Nigeria held the 144th position, with a score of 26.

While countries can improve their CPI rating by “reducing big money in politics and promoting inclusive political decision-making are essential to curb corruption,” the CPI 2019 score for Nigeria shows little promise of this.

The Nigerian government faulted the CPI as baseless because it does not reflect realities on ground. Attorney General and Minister of Justice Abubakar Malami said that in regard to the fight against corruption, Nigeria has “been doing more, we have done more and we will continue to do more,” reports the Cable, an online newspaper.

However, about 80 percent of netizens who voted in a Twitter poll by Abuja-based Premium Times agreed that corruption had worsened in Nigeria in 2019:

Do you agree with Transparency International that corruption has worsened in Nigeria in the last year?

Corrupt leaders are the reason why “we are on our knees,” quipped Ononogbo, a Twitter user:

Wow! Nigeria is a just a powerful country! Out corrupt govt is the reason we are on our knees! https://t.co/BV2F1jIYtW

SERAP, a Nigerian civil society group, quipped that the scores are “hardly surprising:”

Nigeria’s score on Transparency International’s Corruption Perception Index 2019 is hardly surprising but suggests that the fight against corruption in the country has not improved, and in fact remains at the level of the 2015 ranking in which Nigeria also scored 26.

The main opposition party, the Peoples’ Democratic Party, said that the ranking “speaks volumes” that the current government which rode to power “on an anti-corruption mantra, has ended up becoming the most corrupt in the history of our dear nation.”

The ranking suggests that the Nigerian government has done little in the much purported fight against corruption. Journalist Adedolyin Shittu warned that denying the score results does no good — rather, it will “exacerbate the corruption crisis the country is facing.”