Indonesian superhero cartoon fights for the environment and the Balinese language 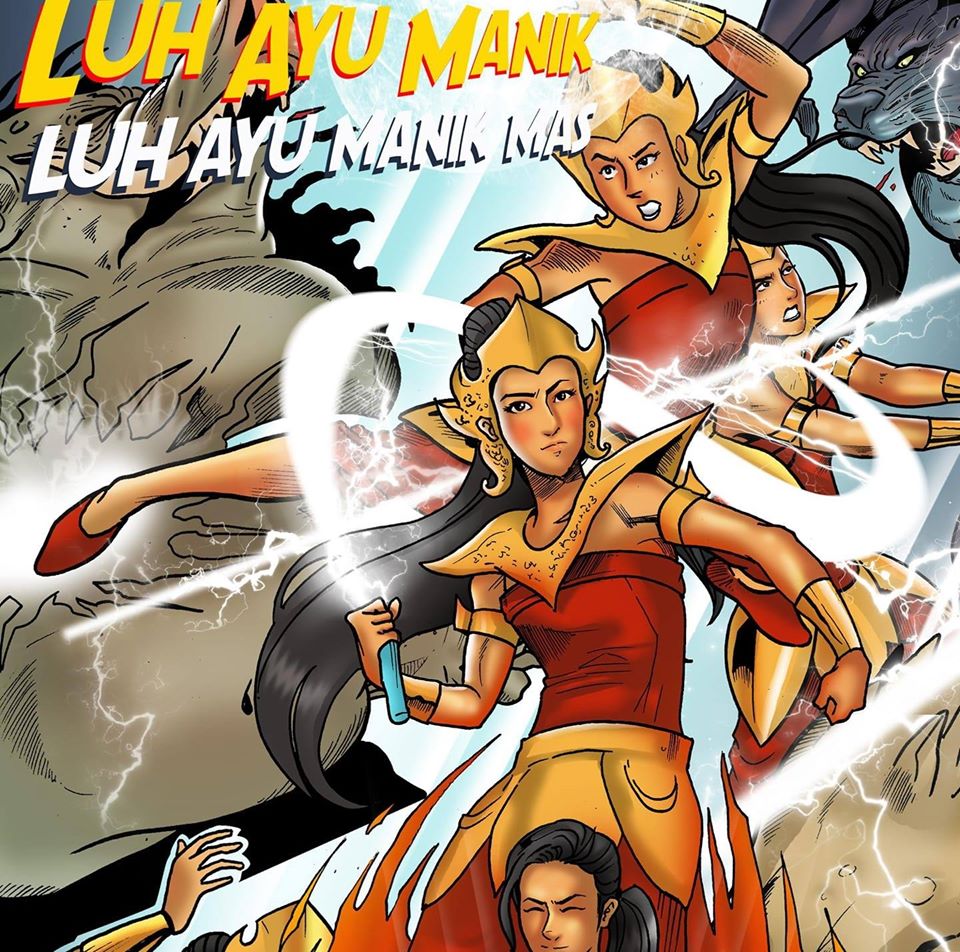 Luh Ayu Manik is a cartoon 8th-grade girl from Bali, Indonesia who transforms into Luh Ayu Manik Mas, a superhero who uses her powers to help protect the environment. Mas means gold in Balinese.

Her character is Indonesia’s first teen environmental superhero, and she was developed by artists as part of a project to promote environmental awareness as well as the Balinese language. An estimated two million people speak Balinese in Indonesia which has a population of 261 million. Due to government regulations, Balinese language TV programs are aired in Bali for only half an hour a day, while schools limit instruction in Balinese to only two hours per week or less. While these regulations are intended to boost the use of Indonesian as a national language, they also make it more difficult to promote the use and development of local languages such as Balinese.

What makes the character's story even more interesting is that her adventures are crowdsourced through social media such as Facebook, Instagram and Twitter. This means internet users, especially students, can propose themes and stories that can be incorporated into the cartoon by writers and artists working for the Luh Ayu Manik Mas project.

The project was initiated by BASAbali Wiki, a digital platform promoting the Balinese language. BASAbali Wiki Director of Communications Ni Nyoman Clara shared more details about the project through an email interview with this author:

One of the stories featured Luh Ayu Manik Mas and her friends fighting illegal loggers and another story tackled plastic pollution. In both stories, Luh Ayu Manik transformed into Luh Ayu Manik Mas who battled against polluters depicted as monsters. The webtoon offers translations in English and Indonesian.

The character shared the story of how she and her friends encountered illegal loggers in the forest.

Iluh and her friends were going to plant many trees in the forest. There were chrysolite (cempaka), bunut trees and others. We prepared for the hoe and shovel. Would you join us to plant those trees ??? pic.twitter.com/k7JHiMVEfc

The project was warmly welcomed by the Balinese community. BASAbali Wiki also shared that Luh Ayu Manik Mas is now being incorporated into the classroom:

The public was is very enthusiastic about Luh Ayu Manik Mas. Her books have already been used to teach Balinese teachers about creative writing and other skills. We will continue to reach out to the public through on the ground workshops in and in social media to elevate the value of local languages.