North America has mustangs, Bosnia and Herzegovina has the wild horses of Livno 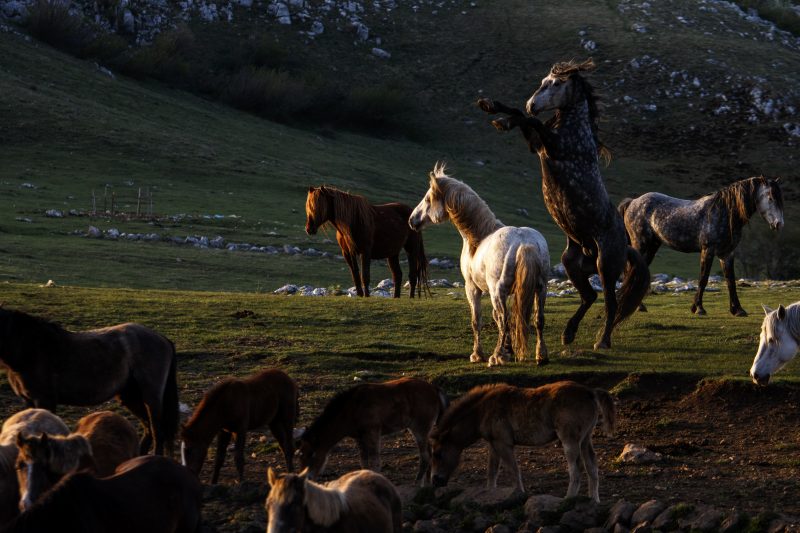 Wild horses of Livno in Bosnia and Herzegovina. Photo by Armin Durgut/Balkan Diskurs, used with permission.

This story by Sanela Tufekčić was originally published on Balkan Diskurs, a project of the Post-Conflict Research Center (PCRC). An edited version is republished by Global Voices as part of a content-sharing agreement

The foothills below Mount Cincar, not far from the town of Livno in southwestern Bosnia and Herzegovina (BiH), have been home to around 400 wild horses for nearly 50 years. The animals have managed to adapt to the harsh weather conditions and survive poachers and predators for all these years. In a landscape of vast pastures and forests, these majestic animals are a unique phenomenon in this part of Europe.

Similar to the mustangs that roam the US prairies, and are descendants of escaped domesticated animals brought to North America by Spanish colonizers, the wild horses of Livno are technically feral horses. The only actual wild horse breed surviving today in the world is Przewalski's horse, or Mongolian wild horse, a rare and endangered horse native to the steppes of central Asia.

Up until the 1950s, their ancestors were used for agricultural purposes, but when their owners began using more mechanized means of agricultural production, the horses’ upkeep became too expensive and they were abandoned.

Although the wild horses of Livno gather mainly in the Krug plateau area below Mount Cincar, they have also been spotted traversing the Borova Glava mountain pass on the border between the Livno and Kupres regions.

In the summer months, people who travel across the Cincar Mountains have the chance to see the horses as they make their journey to find sustenance. The horses must also cross the main road, along which there are two watering holes — the only source of water in an area with no rivers or lakes. Because water is so difficult to find, the watering holes were created especially for the horses by members of the Borova Glava Mountaineering and Ecological Society. 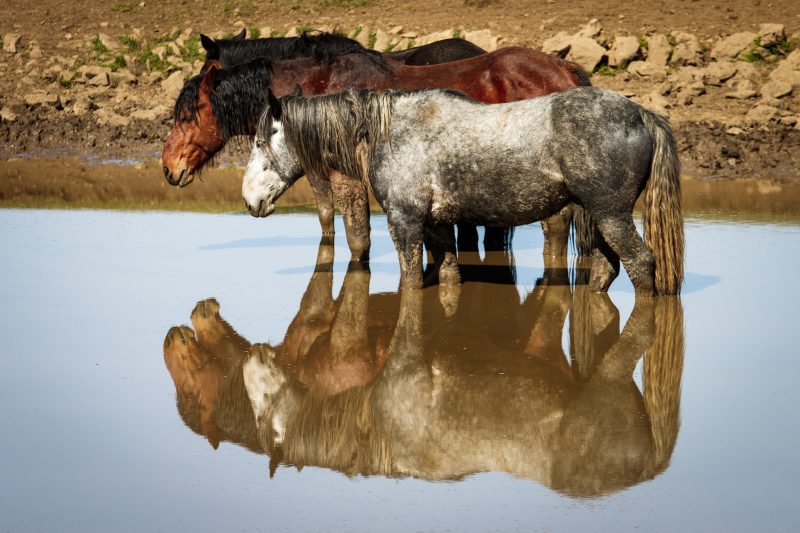 Wild horses of Livno at a watering hole. Photo by Armin Durgut/Balkan Diskurs, used with permission. 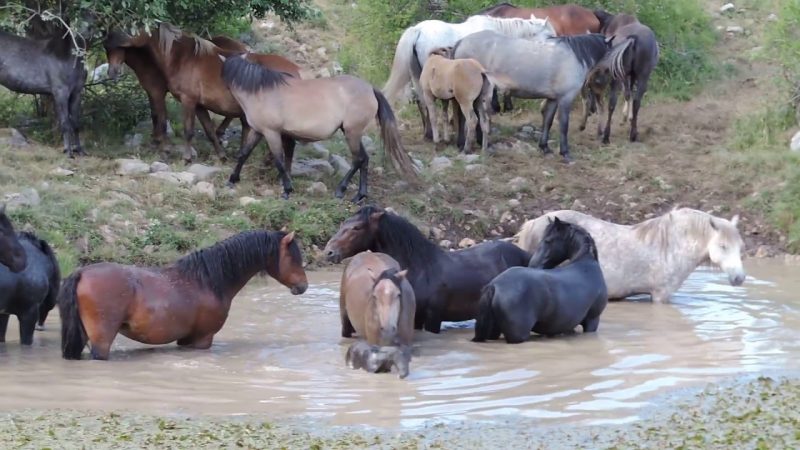 Horses’ karst habitat is generally deprived of water sources, so they congregate around the available water holes, created and maintained by environmental activists. Photo by Sanela Tufekčić, CC BY 3.0.

Crossing the main road, however, presents its risks. In July 2015, a municipal vehicle carrying the mayor of Knin, a city in neighboring Croatia, struck one of the horses, leaving it with a broken leg. It is very difficult for a horse to recover from a broken leg, so, as is often the case in this situation, the animal had to be put down.

But this otherwise tragic event had a silver lining. The incident brought a lot of public attention to the herd, and Livno’s Borova Glava Mountaineering and Ecological Society has since taken additional measures to ensure that the horses are protected and cared for. 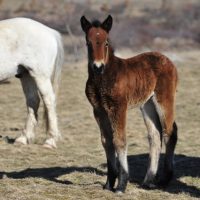 In 2013, the Livno local government passed a regulation that makes hunting the horses illegal. Previously, poachers were killing horses for their meat, but since the regulation was passed, there have been no reports of poaching. Animal predators still present some problems for the horses, however, and there have been a few cases of wolves attacking the herd.

The regulation was temporarily suspended in December 2017, when the municipality asked state institutions to contribute funds for the protection of the horses. The reason was increased demands for damage compensation by drivers who had traffic accidents involving the herd. The risk increases during the winter, as the horses come to the road to lick the salt used by road workers to melt the ice.

Livno’s wild horse population has increased from 286 in 2013 to 418 in 2019, with 65 new foals born in 2019 alone. They have become an attraction for a large number of visitors who come watch and photograph them.

The horses currently have 145 square kilometers designated for their grazing and living, which is sufficient to sustain the current population. The creation of a new watering hole, located at the base of Mount Cincar, is also underway. 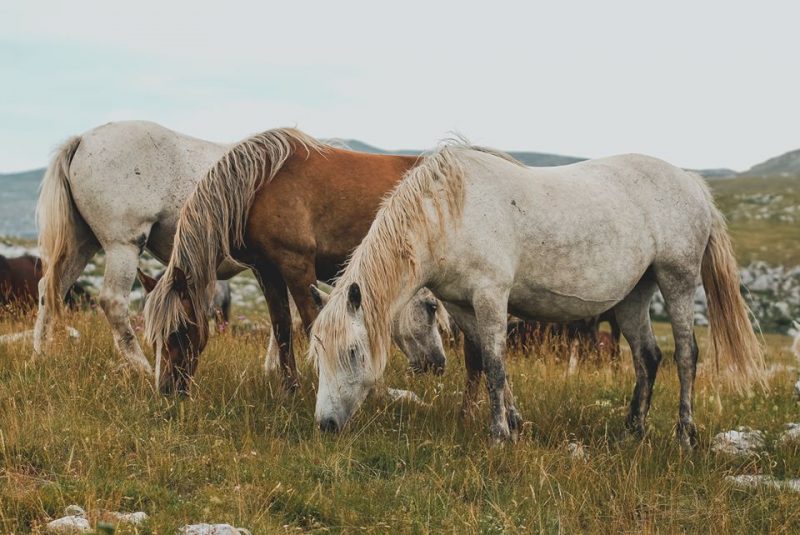 Wild horses grazing on Mount Cincar near the historic town of Livno. Photo by Sanela Tufekčić, CC BY 3.0. 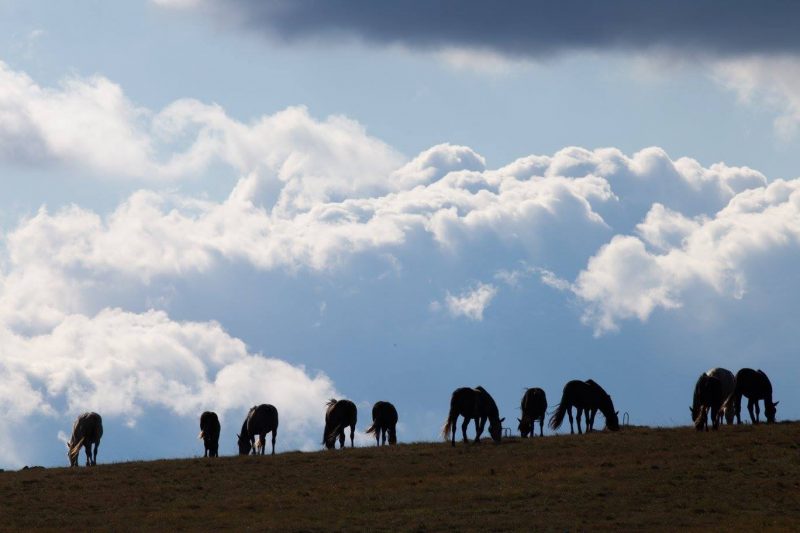 Livno wild horses grazing on Mount Cincar, near the clouds. Photo by Sanela Tufekčić, CC BY 3.0.

Livno’s wild horses have become one of the area’s most popular tourist attractions and many visitors from across the world come to see one of the few instances of wild horses that still exists in Europe. Seven different herds have been identified and some horses have broken away from their herds to wander across the landscapes alone. 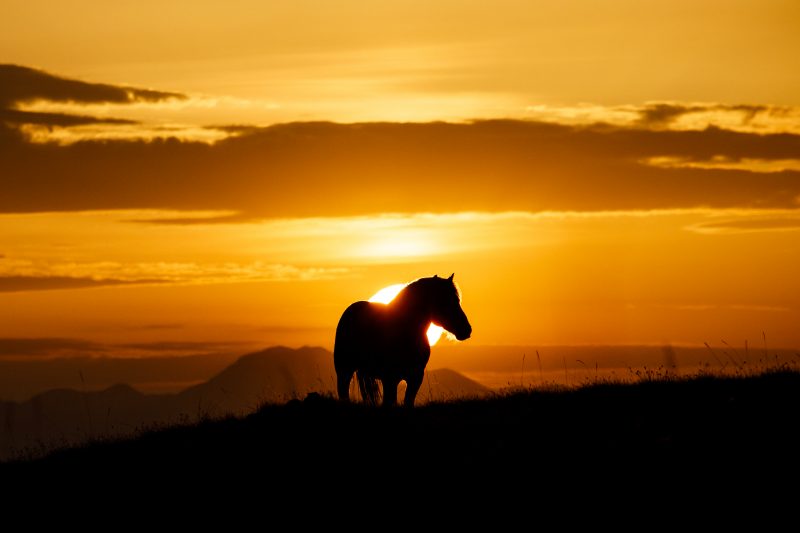