The effects of India's citizenship laws are all too familiar 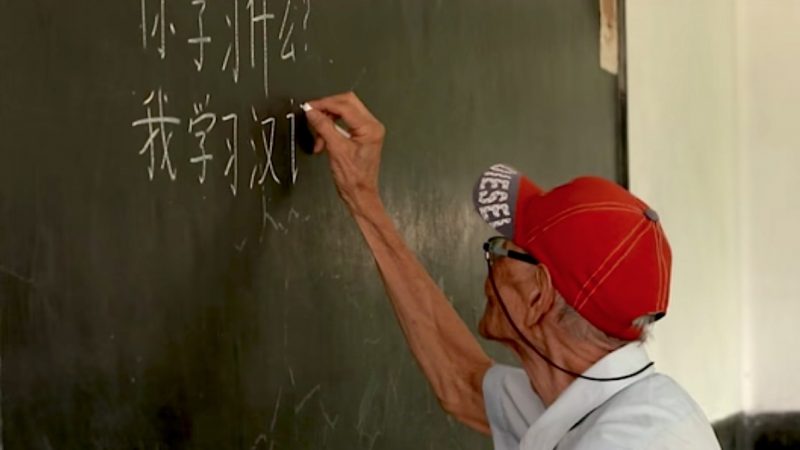 Protests against an amendment of the Citizenship Amendment Act (CAA) and the proposed nationwide updating of the National Register of Citizens (NRC) have been taking place across India since December 2019. Authorities are building several detention centres throughout the country, especially in Assam, where 1.9 million Indians, suspected to be “illegal migrants”, face the possibility of becoming stateless.

As Indian feminist Rita Banerji reminded her countrymen, the situation has echoes of the past. Deoli Camp was another such detention centre, created in 1962 during the Sino-Indian war, at which the treatment of Indians of Chinese origin impacted thousands of lives:

2/ A book every Indian supporting the #NRC_CAA_NPR protests #MustRead if you really want to know how deep racist persecution runs through Indian history. Similarly, most Chinese rounded up and sent in trains to #detentioncentres in Deoli, Rajasthan, were from #Assam & #Bengal. pic.twitter.com/FQ3dXc2yiD

At present, there are almost 200,000 ethnic Chinese living in India, including around 7,000 expatriates.

Chinese migrants started to emigrate to India in considerable numbers during the 1770s, which marked the beginning of the British colonial period, as dockworkers in the port of Kolkata. They later set up businesses in the Bow Bazaar or Tiretta Bazaar of the city, which was then the capital of British British India. From 1838, the British started bringing in Chinese labourers, artisans, tea growers and tea makers for the tea gardens in the Indian state of Assam.

After India gained independence from Great Britain in 1947, it was one of the first nations to recognise Mao Zedong's communist regime when it took power in China in 1949. Although both countries shared a poorly-defined Himalayan border, they harboured good relations.

When China invaded Tibet in 1950, India did not interfere. In 1956, the Tibetan resistance movement started and, during the 1959 Tibetan uprising, the 14th Dalai Lama fled to India. The country gave him asylum and he remains the spiritual leader of the Tibetan diaspora residing in Dharmashala, in the state of Himachal Pradesh.

China, unhappy about this and unable to reach consensus on disputed territory along the 3,225 kilometre-long Himalayan border, launched attacks in Ladakh in Kashmir and across the McMahon Line at the Tibetan border on October 20, 1962. The war ended on November 20, 1962, when China declared a ceasefire.

The estimated 20,000-40,000 Indians of Chinese origin became the scapegoats after the end of the war with China, with the Indian government and political elites systematically stereotyping them as spies. Writing for The Hindu, Rita Chowdhury explained that as soon as the war ended, Chinese people were rounded up by the armed forces and compelled to leave their houses.

In December 1962, India passed the Defence of India Act and Defence of India Rules, which allowed the “apprehension and detention in custody of any person [suspected] of being of hostile origin”. Under this broad, draconian law, any person with Chinese surnames, ancestry, or association by marriage could be detained.

What followed was thousands of people of Chinese origin being arrested all over India: Calcutta, Bombay, Darjeeling, Kalimpong, Jamshedpur, and the Northeast. When they were given orders to leave India, approximately 7,500 people complied and left for other places, including Australia, Britain, Canada, China, Hong Kong, Japan, Pakistan, Taiwan, and the United States.

People who didn't have money to travel or were unwilling to leave were sent to a prison camp at Deoli city in the Indian state of Rajasthan. At one point, the camp had more inmates of Chinese origin than its capacity of 3,000 persons, 60 per cent of whom were children or seniors.

The “Deoli Diaries“, an online collection of interviews with camp survivors, details the terrible conditions the Chinese detainees faced in the three to five years that followed. One of them, Wong Ying Sheng recalled how the internees were kept under armed guard at all times.

In 1964, India announced that all remaining internees at Deoli would be deported to China. Some of them were forcibly sent after China sent ships to collect “their people”; children were separated from their parents. As many as 2,500 stayed back, however, as they had nowhere to go. India began to release the remaining detainees in 1965; the last batch was freed in 1967, only to find that their homes and businesses had either been looted or taken over by locals.

The Indian government has never apologised for its actions against the country's Chinese community. Outlook magazine published an article by S.N.M. Abdi about the treatment of the people of Chinese origin after the 1962 war:

Sadly, even 50 years later, the Indian state has no regrets. There are no pangs of conscience, no symptoms of soul-searching.

“From Border to Border“, a documentary by Taipei-based educator Chung Shefong, asked an important question about this multi-faceted issue:

Will ethnic Chinese in India always be perpetual foreigners? Is there a way to reconcile 1962’s history without forgetting it?

Indian blogger and author Dilip D’Souza co-wrote “The Deoliwallahs: The True Story of the 1962 Chinese-Indian Internment” with Joy Ma, who was one of the five children born in Deoli Camp. The book narrates this little-known story of how India incarcerated these “foreigners.”

In an interview with Quartz India, D’Souza drew parallels between those incarcerations and the new thrust towards citizen registration:

There’s the idea of detention camps. The one under construction in Assam’s Goalpara even carries an eerie reminder of Deoli in the number of internees it is designed for: 3,000, the same as the number of incarcerated Chinese-Indians. There’s the promulgation of laws to spell out who is “foreign” and who isn’t. There are the prejudices, hatreds and stereotypes that, arguably, are codified in these laws. There is the fear that naturally rises in people who think the process will target them. Above all, there is the notion of citizenship itself. Who is really Indian, how do we define and determine that, and what should it all mean?

If this episode destroyed so many lives, what kind of chaos, let alone wholesale injustice, can we expect with citizenship laws and tests applied much more widely than in 1962?

Check out Global Voices’ special coverage page “Who is paying the cost of India’s declining democracy?“