Office of the ombudsman of the Czech Republic. Photo by Martin Strachoň via Wikimedia Commons, CC BY-SA.

The election of the Czech Republic's new ombudsman has triggered fierce reactions because of discriminatory comments he has made against various communities in the past.

Appointed on February 12 by the Czech Parliament, Stanislav Křeček had been the deputy public defender of rights (as the ombudsman office is called in the Czech Republic) since 2013. Previously, he worked as a judge, lawyer and deputy in the Czech parliament for the Czech Social Democratic Party (ČSSD), the party of the current Czech President Miloš Zeman.

In January 2017, Křeček made the following statements, already in his capacity of deputy public defender of rights, to the country's leading independent weekly, Respekt:

He has also said the following about the Roma community, one the largest ethnic minorities in the Czech Republic (and one of the most discriminated against):

Křeček: “There is no discrimination in the Czech Republic”.
Journalist: “The expulsion of Roma people from the housing market because of their origin does not count as discrimination?”
Křeček: “No, because who wants to have housing rights, must be on their best behavior with their neighbors, and that's not the case of the Roma people.”

The public defender of rights shall work to defend persons against the conduct of authorities and other institutions set forth in this Act where such conduct is at variance with the law or does not comply with the principles of a democratic State governed by the rule of law and good administration, as well as against their inaction, thereby contributing to the defence of fundamental rights and freedoms.

Outrage on the left, rejoicing on the right 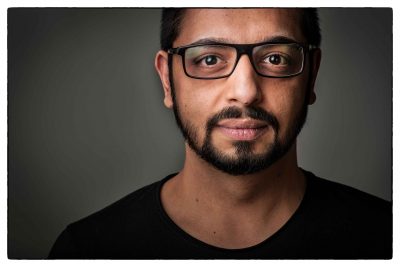 Global Voices asked Roma and LGBTQI+ activist David Tišer, founder of the anti-discrimination project ARA ART, what he thought about the nomination of Křeček.

Here is what he had to say:

What can I say? It is simply a catastrophe. The defense of human rights in the Czech Republic has ended with the nomination of Křeček as ombudsman, and this issue has lost any sense of dignity for our society. One telling sign is the fact that right-wing parties have congratulated him and expressed their joy at his nomination.

Even though I consider the ombudsman office as useless, in this case, I am happy that Mr. Křeček was elected and I congratulate him. I believe that thanks to his election, his office will no longer be a nest of support to migrants, parasites and people unable to adapt, and return to its initial function.

A major demonstration against Křeček‘s nomination was scheduled on March 1 by the social movement “Milion chvilek demokracie“, or “A million moments for democracy.” The movement has led the largest demonstrations against President Zeman's policies in the Czech Republic since the fall of communism in 1989.

From Havel to Zeman

When communism ended in then Czechoslovakia in 1989, Václav Havel, a human rights activist, dissident, and writer became its president, and later of the Czech Republic when the country was established in 1993. This event was long considered a victory for human rights in Central Europe.

Things have changed dramatically since Zeman's election in 2013 and reelection in 2018. He is known for his pro-Beijing and pro-Moscow views. Zeman has also made public racist and discriminatory statements against refugees, Muslims, journalists and other groups.

Křeček is considered to be a promoter of the same set of values, and some commentators, such as journalist Marek Švehla, now call the Czech Republic the “country of two Zemans.”

According to the 2018 Economist Intelligence Unit's Democracy Index, the Czech Republic is considered a flawed democracy: