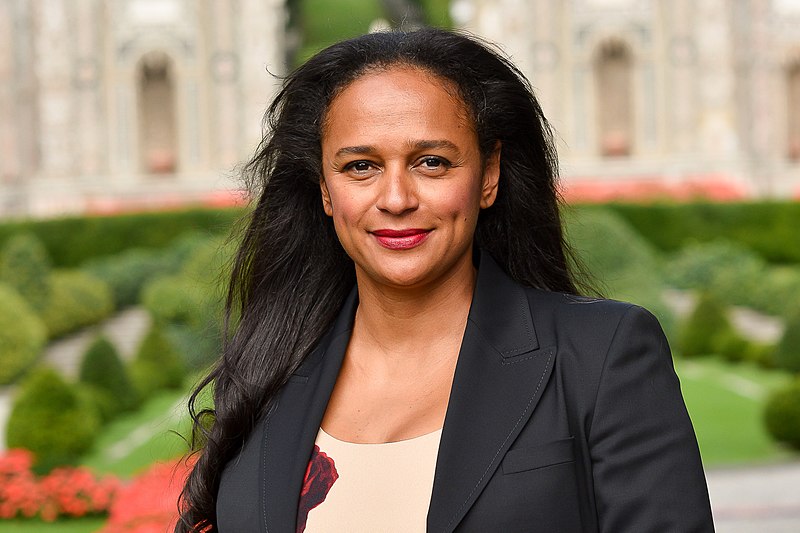 In January 2020, the investigation “Luanda Leaks [3],” led by the International Consortium of Investigative Journalists (ICIJ) and a team of journalists from different countries, revealed how Isabel dos Santos, the daughter of former Angolan President José Eduardo dos Santos, illegally accumulated a fortune of more than 2 billion US dollars while being advised by North American and European consulting firms.

The investigation was based on more than 715,000 documents received by the Platform to Protect Whistleblowers in Africa (PPLAAF), a Paris-based nonprofit.

The investigation revealed Dos Santos directed millionaire contracts from state-oil company Sonangol, where she served as chairwoman from 2016 to 2017, to her own firms or those linked to her. It also indicates that the businesswoman managed to hid her fortune through companies based in tax havens such as Malta, Mauritius, and Hong Kong.

Angola is the second-largest oil producer and the fourth-largest diamond producer in Africa. Although poverty levels have improved in the past 15 years, half of the population still lives in poverty according [4] to data by the Oxford Poverty and Human Development Initiative.

Isabel dos Santos’ father, José Eduardo dos Santos, known in Angola as “JES”, served as president of Angola from 1979 to 2017. His government was marked by violations of human rights, and persecution to journalists and critics were widespread.

In 2016, JES appointed Isabel dos Santos as chairwoman of Sonangol, but she was dismissed [5] as soon as a new president took office the following year. João Lourenço replaced [3] JES as the leader of the ruling party Popular Movement for the Liberation of Angola (MPLA) and became president after the party obtained a parliamentary majority in the August 2017 elections. [6]

In contrast with his predecessor, João Lourenço has been pushing anti-corruption reforms and opening channels of dialogue with civil society. In 2018, he received in his office activists and journalists [7] who in the past had been persecuted by the authorities. In the same year, Lourenço said in an interview [8] that he found the state coffers “practically empty” when he took over from JES.

In February 2018, the new Sonangol chief, Carlos Saturnino, revealed that Isabel dos Santos had ordered a bank transfer of 38 million US dollars from Sonangol to a bank account in Dubai shortly after she was fired from her job.

Dos Santos, who holds Russian citizenship due to her maternal ancestry, currently lives in Dubai [9].

Carlos Saturnino was fired from Sonangol in May 2019 amid a fuel shortage crisis in Angola.

Dos Santos has since denied any wrongdoing during her time as Sonangol's chairwoman. Through her social networks, she alleges that she is a victim of political persecution by the new Angolan government.

So the ICIJ consortium received leaked information from “Angolan authorities” ?? !! Interesting to see the Angolan state leaking to journalists and to SIC-Expresso [a newspaper in Portugal] and then come saying that this is not a political attack?

Isabel dos Santos’ sister, Tchizé [12], suggested that Isabel returned an amount of 75 million US Dollars to the Angolan State:

Is it the debt of 75 million that is at stake? Pay, then, if they are asking for euros and do not want kwanzas, although a state would normally want to receive in its own currency, but if they need dollars and they are asking [dos Santos], the citizen who has benefited the most from business opportunities in Angola, it is time for her to repay everything the state has provided her, allowing her to close great deals and become the woman she is today… So, send money to Angola.

Rafael Marques, the Angolan journalist who had long investigated corruption in the Dos Santos family, commented to DW Africa [13] about ICIJ's investigation:

This is news for which I have effectively waited for many years, but it also makes me sad. It makes me sad because only when foreigners speak the citizens listen, the world listens.

As an Angolan journalist, many of the facts that were revealed by these documents had already been revealed by me, but no one paid attention because I am an African journalist.

Only when European and American journalists talk about the issue that it becomes serious enough for certain governments and many countries’ societies to begin to pay attention. But it is important.

Amid the revelations, Isabel dos Santos has been disconnecting herself from several companies [14] of which she holds shares, particularly businesses located in Portugal.

The director of the Portuguese bank Eurobic, where Sonangol had an account, was found dead [15] in Lisbon on January 22, the same day Angola's prosecutor-general named him as a suspect in an inquiry into Sonangol and Isabel dos Santos.

The inquiry was opened in March 2018 following complaints made by Carlos Saturnino, but had been moving slowly until the more recent developments.