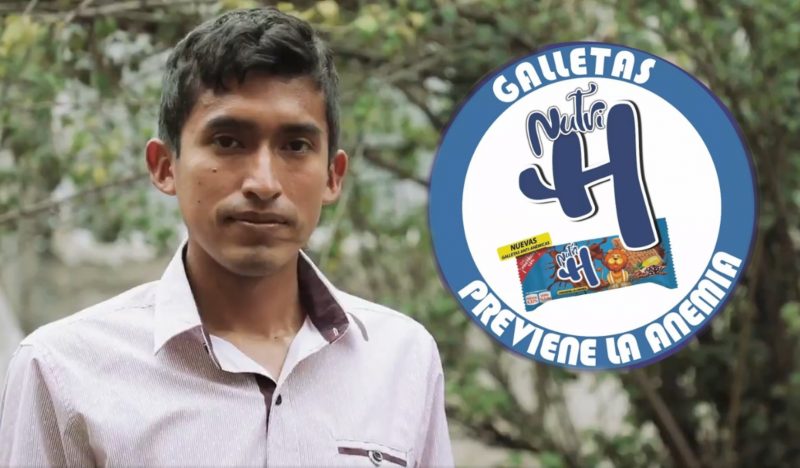 On January 29, 2020, the U.S. TV channel History announced that the winner of its contest “An idea to change History” was Peruvian agroindustrial engineer Julio Garay Barrios, who comes from the region of Ayacucho. His winning idea are the “Nutri H cookies“:

[…] it's a fortified cookie that children like, it's easy to take around, store and eat directly. Its components are rich in protein and iron to fight anemia and child malnutrition.

Children from three to six years old who ate the cookies everyday during 30 days had increased levels of hemoglobin in their blood systems, according pilot tests run in Peru.

Nutri H cookies are distributed through authorized distribution centers around Peru. They are also included in municipal and regional government campaigns against child anemia.

Almost half of Peruvian children are anemic

In a country known for its cuisine, almost 50 percent of Peru's children suffer from anemia.

Anemia is a condition that often arises from iron and vitamin deficiency and has serious consequences for children. It causes poor academic performance, as children with anemia tend to be tired and have a hard time focusing in classes. Psychomotor development is also impaired and a weakened immune system means they're at greater risk for catching infections.

The proportion of anemic children in Peru fell from 46,1 to 41,1 percent from 2018 to 2019, according to data by the National Institute of Statistics and Computer Science of Peru. Experts attribute the slight drop to government prevention campaigns.

As Julio Garay notes, his Nutri H cookies contain three basic ingredients: quinoa, cocoa, and bovine hemoglobin, the last of which brings the most iron. Garay himself suffered from anemia as a child and this motivated him to seek a solution.

??FIRST PLACE AWARD ??
????Yes, we did it! ???
Thanks to all those people who supported and trusted me, this achievement is for you all, thank you to my dear Peru.

We greet the creator of Nutri H cookies against anemia, it's an undertaking that wants to improve health, especially children's health, the ones who need it the most.
?? Julio Garay, winner of History Channel Latin America contest.
An example of entrepreneurship and work!

This indeed deserves to be more covered…