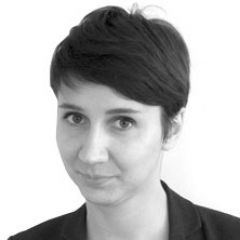 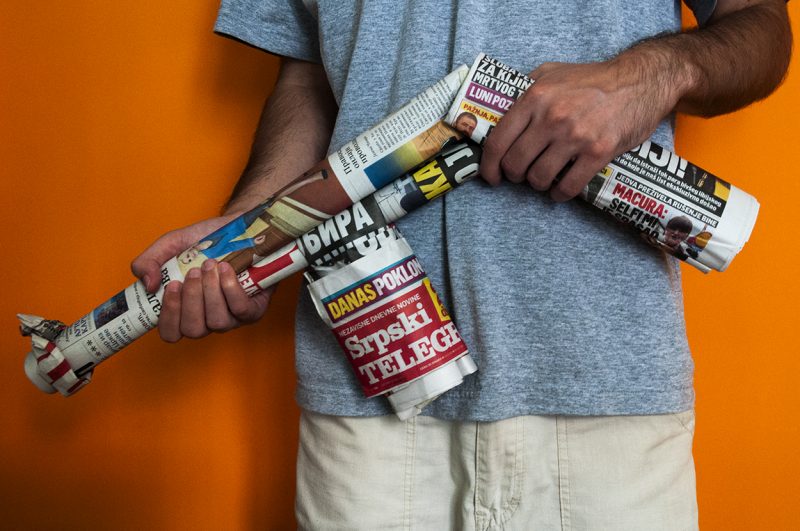 This article is made possible through a partnership with Transitions, a Prague-based publishing and media training organisation.

An opinion poll conducted by the Institute for European Affairs in September 2019 shows that 23 percent of Serbian citizens believe Russia is Serbia's largest aid donor. In reality, Russia hasn't made the top 10 of Serbia's largest donors since 2000, according to the data by the Ministry of European Integration. The EU tops the list with 2.96 billion euros in aid, followed by USA with 696 million.

What is generally believed to be the reason for such perception is the prevalence of Russian-sponsored media in Serbia, whose coverage not just aligns with the Kremlin's geopolitical interests, but also frequently promotes misleading and out-and-out wrong information. Dr Precious N. Chatterje-Doody of Manchester University explained this approach in a statement for Ukrainian fact-checking service StopFake:

By mixing fact and fiction, playing on popular sentiments among foreign audiences and trying to sway public opinion in a particular direction that serves Moscow’s interests, they systematically pursue the Kremlin’s geopolitical goals, while discrediting journalistic principles in the process.

Disinformation in Serbian media is particularly alarming when considering the influence it holds over the Balkans. Zoran Andonovski, editor-in-chief of Skopje-based Meta.mk News Agency, explains:

The geographic proximity, the long common history in the former Yugoslavia and cultural similarities all contribute to the elevated image of Serbia, resulting in the perception that any information (or disinformation) coming from there should be accepted at face value, without need for verification. The Serbian media market is much larger than the Macedonian, for example, its media companies are much more developed and economically powerful, so they can afford high volume of original production which “impresses” the less confident Macedonian media workers, in particular from small or startup online portals.

One example is Moscow-founded news portal and radio station Sputnik Serbia. It reaches large Serbian-speaking audiences in Serbia, Bosnia and Herzegovina, Montenegro, Croatia, Kosovo, and North Macedonia. It usually provides mixes neutral news with analysis aligned with pro-Kremlin interests, but according to a report by the Bosnian fact-checking organization Raskrinkavanje.ba, it is a major hub of a disinformation network in the Balkans.

In most cases, Sputinik columns and analyses adopt an anti-EU instance — for example, a recent article argued that the Western Balkan countries will “never” join the EU. Another says that Western alliances are gradually “dissolving” due to discordance between its members. Sometimes, they will boost the conspiracy theory that NATO wants to destroy the Serbian Orthodox Church — citing the freedom of religion law passed in Montenegro, a NATO member, as proof.

According to Gemius Audience rating, in December 2019, Sputnik had 1,132,547 website visitors. It was ranked the 21st most-read media portal in Serbia, while it also broadcasts content in Serbian via Sputnik radio.

Amplification of domestic and regional reach via republishing

In 2019, pro-Kremlin content targeting Serbian audiences was mainly distributed through Russian media platforms such as Sputnik Serbia or lesser-known web portals such as News Front and Geopolitica. 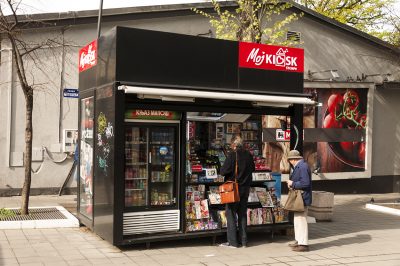 A newspaper kiosk in Belgrade, Serbia. Photo by Zoran Drekalović/Istinomer, used with permission.

B92, a former liberal-oriented news portal recently flipped its editorial line to pro-Russian after it changed owners.

According to the Serbian fact-checking portal Raskrikavanje, more than 700 false or unsubstantiated news stories were published on the front pages of three Serbian tabloids (Informer, Alo and Srpski Telegraf) in 2018. These false or unfounded news articles usually describe Russian President Vladimir Putin in a positive light, for example claiming he will “defend Serbia from the West,” or that he will “save Kosovo for Serbia”. 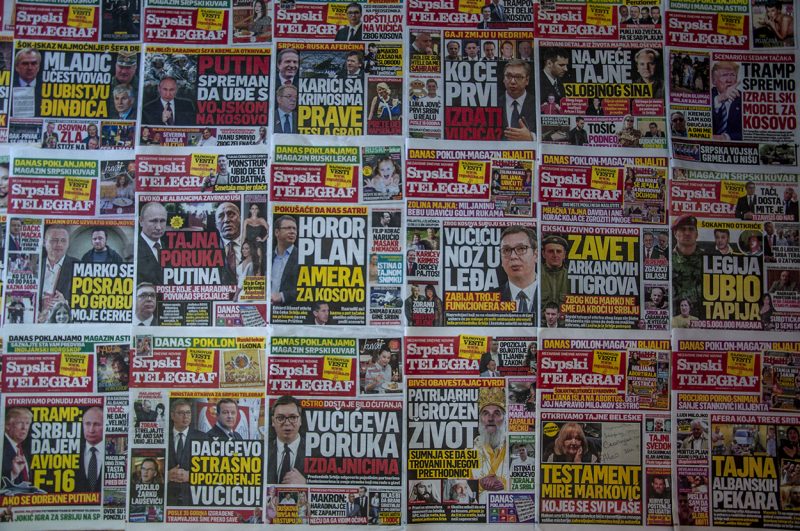 Front pages of Serbian tabloid Srpski Telegraf. Two of the headlines say: “Putin is ready to enter Kosovo with the Army” and “America's horror plan for Kosovo.” Photo by Zoran Drekalović/Istinomer. 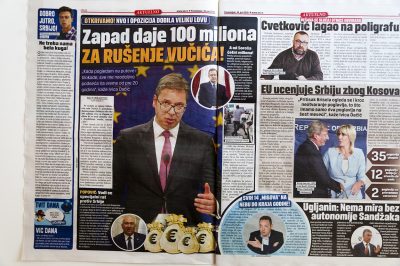 Raskrikavanje's annual analysis indicated that the four tabloids with the highest circulation have published over 917 “false or unfounded claims” on political issues in 2019, while entertainment and sports topics were not analyzed.

Most of the lies concern opposition parties and their leaders, while the Serbian President Aleksandar Vučić and the Russian President Vladimir Putin were presented in an extremely positive light.

Foreign politics was a fountain of lies throughout the year — with praises to cooperation between Russia and Serbia while Albanians, Kosovo leaders, and NATO playing the role of villains. Dominant themes included Vučić as the victim of attacks, false claims about spying affairs, and the Krušik affair.

Serbian online media serve as a source of news and entertainment content for media in neighboring countries. In North Macedonia, Serbian content is translated (often poorly) into Macedonian and sometimes into Albanian.

Another example is Russian-branded alternative medicine magazines, which are printed in Serbia and sold in newstands in all the former Yugoslav countries. Some of them also publish local editions in Macedonian, Croatian, and Slovenian languages. Some of those publications use health-related content to promote the image of Vladimir Putin.

A study by the Belgrade-based Centre for Research, Transparency and Accountability (CRTA) showed that the EU, U.S., and China were presented neutrally in all types of media in Serbia in 2019, while NATO was portrayed negatively and Russia positively.

The research results were made available to Global Voices prior to their official publication as part of a content-sharing partnership. 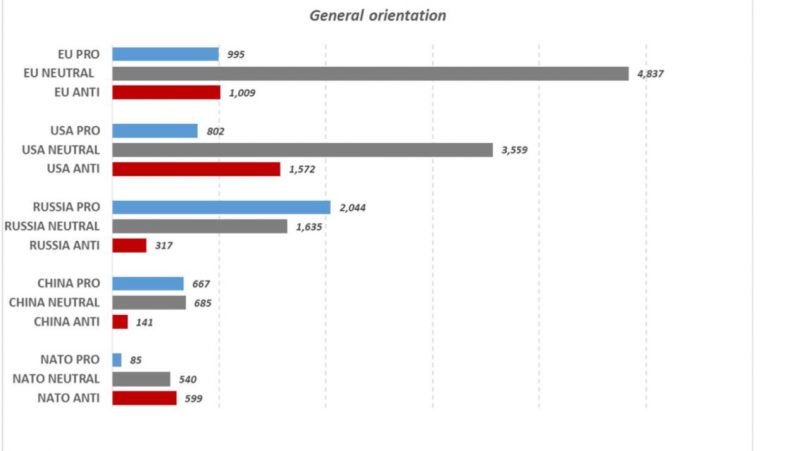 The methodology considered not just the tone of the text and headline, but also the angle, the photographs, and the ascribed importance and space to each article or story.

The research also found that Serbian President Aleksandar Vučić was the most quoted Serbian official in 2019, but was never quoted in stories that were negative towards Russia or China. Vučić was quoted mostly in a neutral manner in articles about the EU and the U.S. 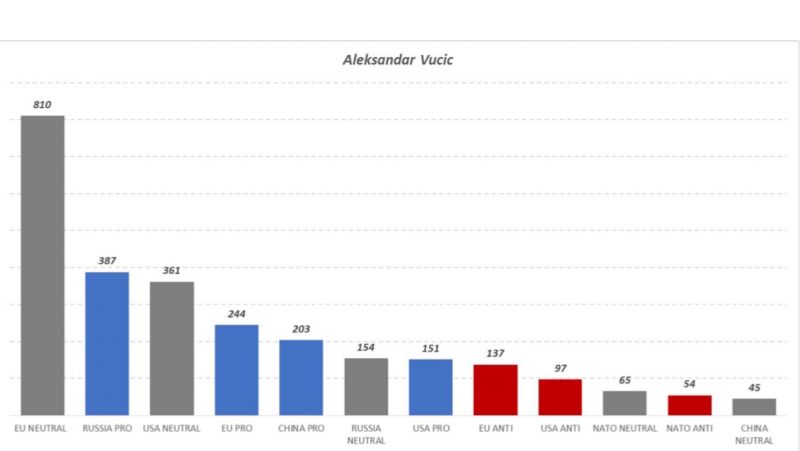 Raša Nedeljkov, program director at CRTA, in a statement for Global Voices, pointed to the seeming contradiction between the over-representation of Serbian officials in pro-Russian content and the Serbian government's efforts to join the EU:

Our monitoring of the most influential media in Serbia shows that the highest officials, such as the country's president, the minister of foreign affairs, the minister of defense, and the prime minister have not been quoted negatively about Russia or China. Still, their quotes with a negative tone about the EU, U.S. and NATO are widely present. This is not in line with the program of work of the Serbian government which states that Serbia's main strategic goal is accession to the European Union.

Serbia's Public Service Broadcaster (RTS) had more positive articles on Russia than on the EU, and did not publish any negative pieces on Russia and China. 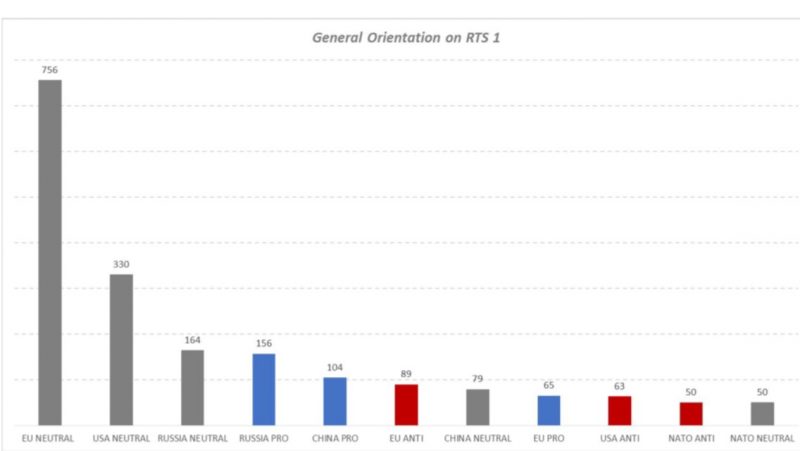 Russian and Chinese officials are dominantly quoted in pieces that were positive to their countries, while the US, EU and NATO officials in neutral pieces.

The bias present in the Serbian media sphere can adversely affects the ability of Serbian citizens to participate in the democratic process in an informed and rational manner, while unprofessional media practices contribute to spread of cross-border disinformation.