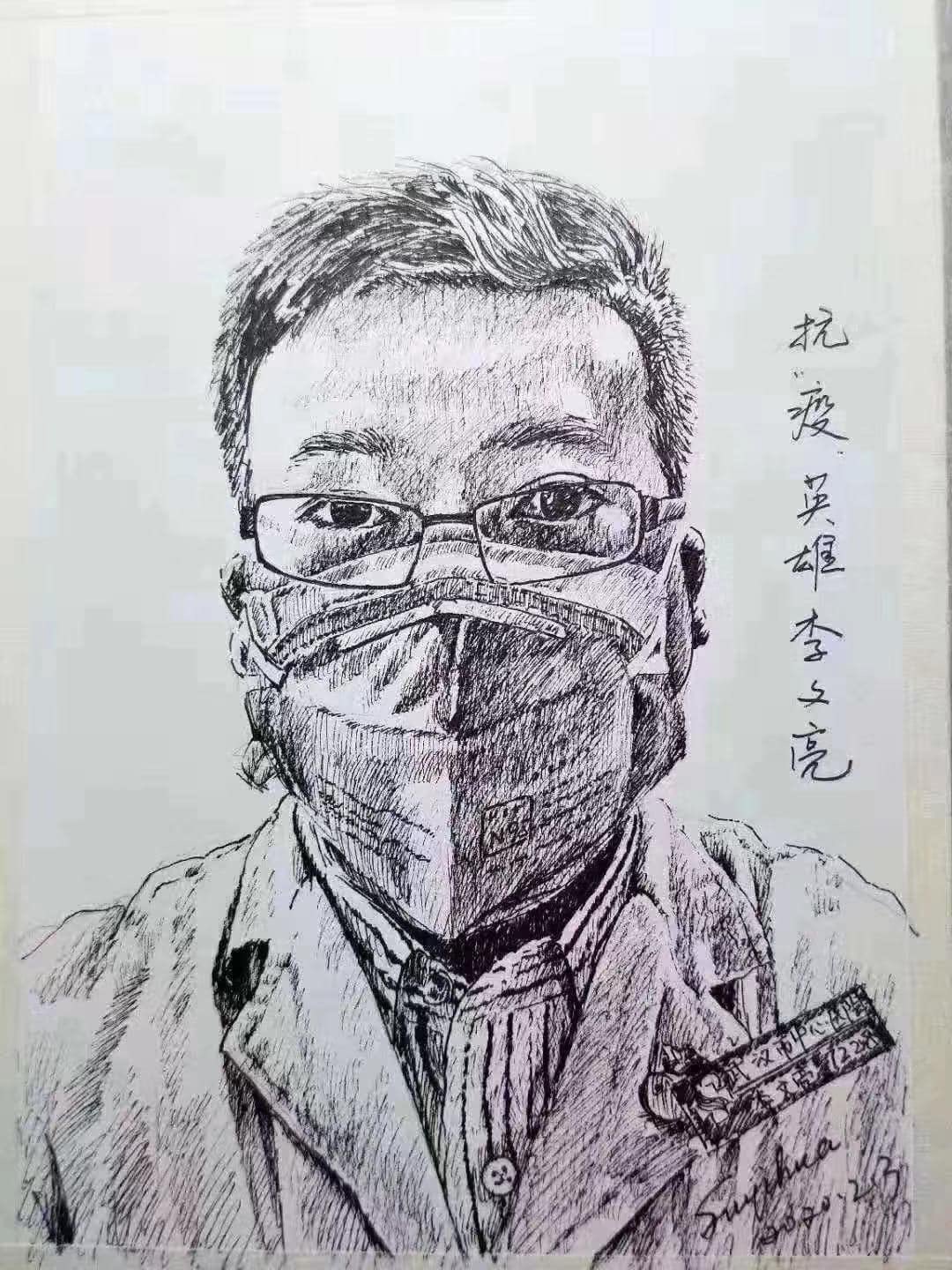 Ophthalmologist Li Wenliang was one of the eight Wuhan-based doctors who alerted peers and friends online on December 30, 2019 about the outbreak of a new coronavirus. He disregarded a ban on sharing sensitive information on social media and was investigated by the police, who accused him of spreading rumors. He eventually contracted the new coronavirus, and died on February 6. News of his death has since spread like wildfire on Chinese social media, as netizens display messages and images expressing anger, frustration and grief, and pointing fingers at the government.

Li Wenliang dies twice: the government tries to cover up the news of his death

The world received conflicting reports about the timing of Li's death, as state censors intervened in an attempt to control the news, and ordered Wuhan Central Hospital to freeze the announcement of his death. The Hong-Kong-based news outlet The Initium has detailed the attempt to manipulate the news:

The news about the death of Li Wenliang appeared in a number of news outlets at around 9:30 pm on February 6. In less than two hours, the topic ‘Dr. Li Wenliang passed away’ became a top search with 20 million search records, 540 million views and 73,000 posts on Weibo, the main Chinese social media platform. But after leading news outlets withdrew their posts, and Caixin magazine published a report stating that the medical team was still attempting to rescue Li, the search record had lowered to 1.9 million at around 11:30 pm, before disappearing altogether.

One hour later, at around 12:20 am on February 7, a reporter from a business news outlet who was standing outside the ICU ward of Li wrote on his Weibo that Li's heart beat has stopped at 9:30pm, but that he was attached to an oxygenation machine. At 12:40 am, the Wuhan Central Hospital posted a message on Weibo urging netizens to “pray for Li” as the medical team was still attempting to save his life. Multiple Weibo outlets then published positive comments urging netizens to let Dr. Li “rest in peace”.

At the same time, unverified claims citing screen-capture and sources from a medical staff chatroom alleged that the medical team from the hospital had been instructed to “buy time” and refrain from announcing Li's death without approval from the authorities.

At this point, Chinese citizens could no longer withhold their anger. Weibo was flooded with comments and images slamming the authorities for manipulating Li's death (comments via the Initium):

His heart has stopped beating and you don't let him die. To buy time in exchange of maintaining stability. This is extremely shameless.

You can say that it is a rescue attempt if it lasted for a few minutes. For those who are familiar with the manipulation of public opinion, this is called ‘emotional managing’. Brutally announcing his death would trigger an outburst of grief and anger. By shifting the news to a possible miracle, the emotion evolves from anger to disappointment. Don't we see now that anger has diminished significantly?

The comments mentioned above point at a usual practice applied in the case of sensitive topics that could lead to online protests: the authorities order social media platforms to censor, delete or spin content to change trends into the desired direction, meaning less critical of the government's action, as seen in this message shared in Chinese chat rooms:

About the death of doctor Li Wenliang from Wuhan Central Hospital, control the source of information. News outlets should not accept and take information sources and reports from independent bloggers. Do not use pop-up window to push the news. No commentary, no hype are allowed. Control the ‘temperature’ [of the discussion] with the comment function. Do not generate topics, gradually make the news disappear from the “hot search” section, strictly control harmful information.

This time, the attempt to manage emotions failed as the manipulation of the timing of his death became obvious. Li Wenliang quickly became an icon, an ordinary hero, as many people have come to see his life and death as a reflection of their own fate.

When alive, threaten with disciplinary measures
When dead, use propaganda policy to control
Snow is heavy and darkness deep at night
Grievance and anger are beyond words

When Li and the other seven doctors were questioned by the police for spreading rumors, they were forced to sign a letter to “admit” their wrongdoings and promise that they would not commit similar crimes again, or else face legal prosecution. Their alleged crime: informing relatives, friends and colleagues within a chat room about a SARS-like outbreak in Wuhan. When the matter was taken to court, the judge criticized police for their abusive definition of rumor. On January 31, the news outlet Caixin interviewed Li, who said: “What is more important is that people know the truth, compared to my own vindication. A healthy society should have more than one voice.”

Li's statement indicates that he does not see himself as heroic, but aspires for a healthy society that can only be sustained if people know the truth.

Li is survived by his two parents and his pregnant wife. None of them were able to say farewell to him, as his body was cremated, according to an update by Radio Free Asia.

Mainland Chinese journalist Jia Jia commented on the implications of casting Li as a hero:

Please commemorate Dr. Li as an ordinary person because all of us who are ordinary people might share his tragic fate. There are no heroes as such but people who, in a time of cowardice, can for a short moment lift that cowardice and become heroes. If a person becomes a hero just by saying something ordinary, this world is a fxxking sack of lies. But such ridiculous things happen every day. One day, when you show some signs of being brave, just a bit, you step into a dangerous zone. The bell of Li's death is ringing for all of us. Do you get it?

Chinese citizens anger and grievance have quickly evolved into variations of “five demands,” which have become a form of political of political statement that evolved out of the 2019 Hong Kong's protests. Below is one set of five demands circulating online:

Five demands, not one less: withdraw the police's warning of disciplinary measures; withdraw all censorship orders; drop all charges; establish an independent investigation commission to punish officials involved [in the cover-up of outbreak]; return the right to freedom of speech to the people.

Young people are also using the video platform Douyin to express their demands for free speech. Twitter user @yingyi8798 puts together short clips from Douyin and posts them on Twitter:

What is more important is that people know the truth, compared to my own vindication. A healthy society should have more than one voice. — Li Wenliang

Not surprisingly, demands for free speech are being labelled as a color revolution by pro-government patriots. The same label was attached to Hong Kong's anti-government protests. Below are two typical comments copied from WeChat.

For those who don't know what is the “Arab spring” and “color revolution,” you can experience it on Weibo tonight! Specific forces, specific people, are you launching a grand attack? Are you really grieving? No You just use doctor Li to incite the public to cause trouble!

Waves and waves of color revolution are being orchestrated. Do you still remember your [patriotic pride] on national day last year? The government may have made mistakes, but have we reached the point to overthrow it? The pandemic is so serious now, and we can't just focus on the mistake made at the very beginning. The death of a doctor is now turned into criticism of the state and of the political system, and it is all being connected to what happened in Hong Kong and Taiwan. Don't you see how your anger is being channeled?