Nigeria's digital ID scheme may benefit those ‘with access'— but what about everyone else?

An inside look at digital ID pitfalls in Nigeria 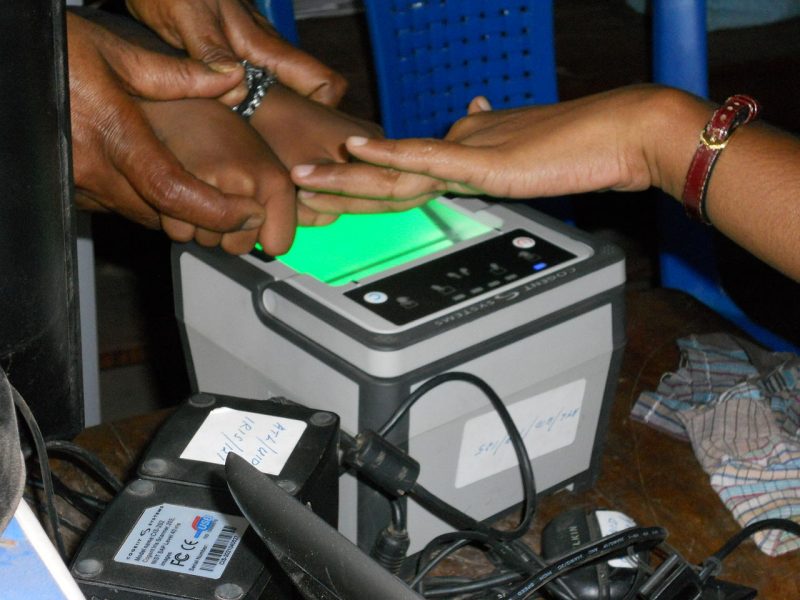 Taking fingerprints for Aadhaar, photo by Kannanshanmugham, via Wikimedia Commons, CC BY 3.0.

Editor's note: This piece was written by Adeboye Adegoke, the digital rights program manager at Paradigm Initiative Nigeria. It is part of our series on digital ID systems, produced in partnership with The Engine Room. Visit the Digital ID microsite to read a full research report on this global trend, and case studies on five countries that have deployed digital ID systems, including Nigeria.

Can Nigeria’s digital identification (ID) scheme truly serve the public? Or is it yet another venture that will only benefit “those with access”?

This question is likely at top of mind for youths across Nigeria, who learned earlier this month — to the relief of many — that they would not be required to present digital ID numbers in order to register for upcoming university matriculation exams.

On January 11, 2020, Nigeria’s Joint Admissions and Matriculation Board announced that it would walk back the relatively new requirement, despite having instituted it in October 2019.

While it may seem like an innocuous policy change to an outsider, this reversal marked an embarrassing acknowledgment of the flaws in Nigeria’s nationwide digital identification system, which attempts to streamline the country’s complex patchwork of identity information systems pertaining to various financial and public service entities.

My organization, Paradigm Initiative Nigeria, has been following the development of the system and advocating for lawmakers to establish comprehensive data protection and privacy laws in Nigeria before continuing to collect citizens’ data as part of the digital ID system.

How is the system meant to operate?

The National Identity Management Commission (NIMC) intends to make National Identification Numbers (NIN) a mandatory requirement for passport applications, voter registration, the opening of bank accounts and tax payments, alongside transactions relating to everything from consumer credit and health insurance and social security matters, to land ownership and pensions. That is a lot of data.

Naturally, challenges with the system hit on public policy: The initiative collects several new forms of personal data — including all ten of one's fingerprints — that are not protected or even addressed by Nigerian law. The system also faces more practical issues related to registration processes. Although the system was first conceived in 2014, only 19 percent of Nigerians have registered for National NIN. In order to serve the entire population, the Director-General of the Commission has said it would need to establish an additional 9,000 registration centers, on top of the 1,000 centers currently in operation.

Thus far, in many circumstances, the system has proven to further complicate these processes, and in some cases, to alienate citizens from participation.

Challenges for students, travelers and Nigerians with disabilities

Students who did attempt to register for NIN ahead of exams reported that the process was marred by extortion, bribery and other corrupt practices. One student group published a statement asserting that the exercise subjected students to undue stress.

Winifred Mark, the mother of a student seeking to matriculate, alleged that she went to three separate registration centers in Lagos. In each case, officials demanded bribes ranging from 5,000 nairas to 7,000 NGN (about $12-$20 United States dollars) from people seeking to register. As per its establishing act, the NIN registration process is meant to be free of charge.

A graduation ceremony in a private university in Nigeria. Photo by Rajmund Dabrowski/ANN, CC BY-NC-ND 2.0.

As we were conducting our own research on the NIN system, Nigeria’s Immigration Service set a requirement that all passport applicants present a NIN. When a colleague needed to renew her international passport in August 2019, she flew into Abuja from Lagos and went straight to immigration headquarters, only to be turned away for lack of a NIN. She dashed to the office of the National Identity Management Commission (NIMC) so she could obtain her NIN, but on arrival, she was told they had run out of forms and she would have to come back another day.

In this case, I personally intervened on her behalf, having just met a top officer of the identity commission as part of my work. The officer obliged my request and my colleague was able to get the NIN the same day.

Many would argue that I should at least be glad that I have access to people who have some power. But this is exactly the problem. If essential services in Nigeria are only truly available to people who “have access,” what should the rest of the population do?

This is a problem that has always existed in Nigeria, and one that authorities have never invested sufficient effort in addressing. The government seeks to implement policies with claims of benefiting “the people,” when in reality, it is another venture that will benefit only “those with access.” 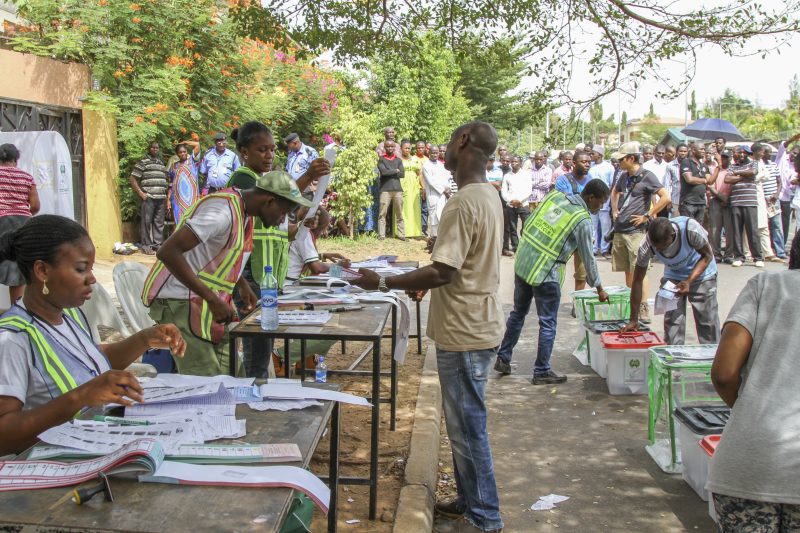 At least two officials of the NIMC have told me anonymously that the commission is so poorly funded that it does not have the required budgetary provision to be able to deliver on its mandate. But this is not the only obstacle to its success. Some institutional problems even money will not solve. There is a very legitimate concern among the public that the digital identity system in Nigeria will not serve the interests of the people, and that it cannot be trusted. Citizens who have faced discrimination, humiliation and extortion on attempting to register have proven this point.

This is not to say that digital identity systems are inherently useless. Secure identification methods could become a key element in the design of economic and social policies and could even help the government better address poverty reduction, education, health, and governance.

But in order to institute a system that actually satisfies these needs and respects citizens’ rights, policymakers must start by considering individual and collective privacy, security and inclusion in addition to the other issues highlighted above.

Our organization called for the suspension of mandatory requirements of NIN for essential services, given the current challenges of registration and Nigeria’s lack of a comprehensive data protection law that would secure citizens’ rights to their data before an institution like the NIMC could enforce its collection.

We are not the only ones raising this point. In a 2017 exchange, Twitter user Tọ̀míwá Ilọ̀rí called out the NIMC on its claim that it “owns” the data of Nigerian citizens. On their Twitter bio, the agency had said that its mandate was to “establish, own, operate, maintain and manage the National Identity Database in Nigeria.” This claim is not supported by its establishing Act.

“You don’t own Nigerians’ data,” Ilọ̀rí wrote on Twitter.

This excludes every Nigerians’ right to own their personal information, especially those given to you. Kindly revise your bio as appropriate

Claims like this are only a symptom of a larger problem: the lack of data protection and recognition of data privacy rights in Nigeria. The digital identity ecosystem must respect the rights of individuals and communities and should have prioritized the enactment of a data protection law as a prerequisite to its implementation.

Without an adequate data privacy or protection law, how can we safeguard against some of the greatest risks that such a system could incur? And authorities have not even mentioned the dangers of state surveillance or the potential exploitation of data by private companies. These and other risks appear to be only concerns for civil society.

A joint report by Paradigm Initiative and Privacy International, “The Right to Privacy in Nigeria,” identified troubling surveillance activities conducted in Nigeria, including government surveillance of mobile phone activity in Nigeria’s capital, Abuja.

The UN and World Bank ID4D initiatives set a goal of providing everyone on the planet with a legal identity by 2030. The question we must ask is whether legal identity needs to come in the form of digital identity, especially for developing countries like Nigeria, where such processes are often poorly managed and citizens have low trust in government agencies.

For many citizens in rural Nigeria, using digital ID systems to access essential services may be their first interaction with digital technologies. At present, some people risk being denied services essential to their existence for reasons completely beyond them. People accessed services, including banking, immigration, education, voting and property ownership in the past without digital ID.

Must digital ID be required for each of these services in the digital age?

The enforcement of digital ID in Nigeria needs real introspection. Failing this, digital IDs will soon be required for accessing basic needs — yet only those “with access” will be able to fully utilize the system.