‘Françafrique': A term for a contested reality in Franco-African relations

In a post-colonial world, the views on the issue are conflicting, divisive, and constantly evolving 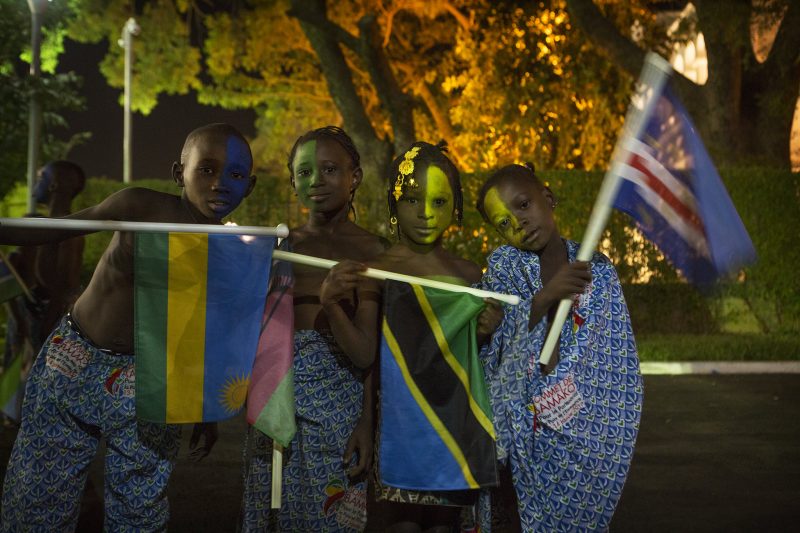 “Françafrique” is a term that describes the historical relationship between France and its former colonies in sub-Saharan Africa. Like most colonial and post-colonial constructs, it was rarely challenged in France for decades, but today the idea of Françafrique is highly contested in both France and Africa.

A portmanteau linking “France” and the French word for Africa, its earliest use, dating back to 1955, is attributed to then Ivoirian President Félix Houphouët-Boigny, who used the term to highlight the good relations between France and its former colonies. In its broadest definition, it encompasses the political, financial, military, cultural, and linguistic relations between France and the countries that came under French rule or influence—Benin, Burkina Faso, Central African Republic, Chad, Comoros, Côte d’Ivoire, Djibouti, Gabon, Guinea, Madagascar, Mali, Mauritania, Niger, and Senegal.

Those 21 countries gained independence, mostly in the 1960s, but the concept of Françafrique continues to be debated around the following questions: Who designed the framework for these multiple relations? Who benefits and how? What are the motivations—both declared and hidden—of the actors involved? Where is the future of this relationship in the 21st century? Is Françafrique still relevant and needed?

In a post-colonial world, the views on this issue are of course numerous, but also conflicting, divisive, and constantly evolving across time and language. The process of acknowledging, assessing and overcoming the trauma of colonization is indeed a long and painful one.

The evolution of a concept

In the aftermath of World War II, a wave of pro-independence movements swept across French colonies in Africa and Asia, eventually forcing France to recognize the legitimacy of their right to self-determination.

France, however, having enriched itself by exploiting energy resources and mines in its colonies, was eager to keep privileged access to such resources. Paris was also preoccupied with its image as a world power, and saw sub-Saharan Africa as its pré carré (“own backyard”), from which to protect against both Soviet and American influence by maintaining military bases. General Charles de Gaulle, then president of France, saw an opportunity to maintain his country’s influence in sub-Saharan Africa by creating a web of relations that would serve its economic, diplomatic, ideological and domestic political goals. 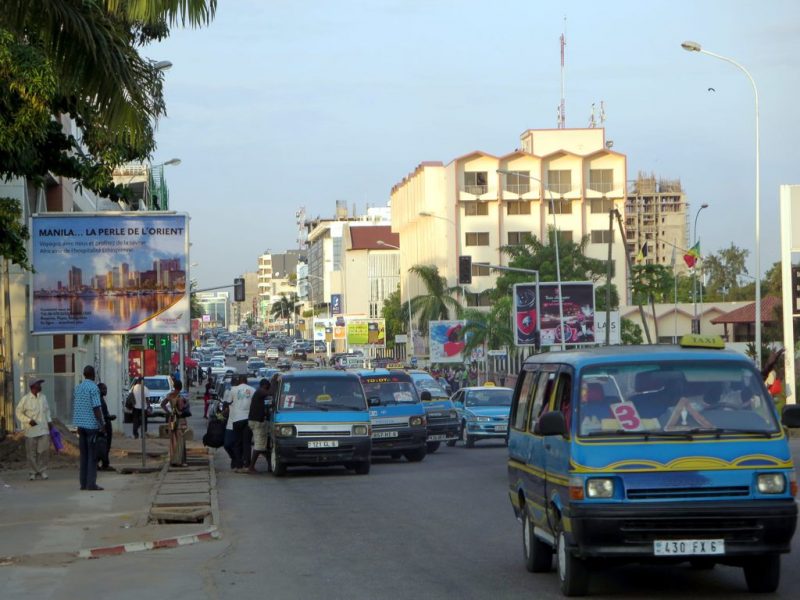 Well into the 1990s, African money was also used in generally undisclosed ways to finance France’s political parties, with African emissaries traveling to France with suitcases full of cash seeking, regardless of who won the election, to cement French politicians’ loyalty and support for certain African heads of state. Legislation on the financing of French political parties was amended in the 1990s, but there is evidence that this practice continued after that period.

It was not until the late 1990s, however, that the concept of Françafrique began to be challenged in France. In an influential 1998 essay titled “La Françafrique, le plus long scandale de la République” (“Françafrique, the longest scandal of the [French] Republic”) French economist and activist François-Xavier Verschave unpacked the aspects of this web of policies that were kept carefully invisible for a long period of time. For Verschave the term also included a humorous wordplay — “fric” is a French slang word for “cash”.

No French president, however, would question the concept of Françafrique publicly until 2012, when President François Hollande stated it was time to “end Françafrique.” Nevertheless, maintaining France's influence, particularly to advance its security interests, remains a priority for French politicians to this day.

Views of Françafrique in France vary from nostalgia from the colonial period (especially among the right-wing), to outright criticism of its policies often sparked by media investigations, but increasingly so by academics, civil society, NGO activists and French-African community leaders. This increasing rejection of French influence is also exemplified by the movement toward restitution of African artworks and advanced by activists like Kemi Seba, a controversial pan-African activist from Benin who has become the face of rising anti-French sentiment in Francophone West Africa.

A key pillar of Françafrique: the CFA franc 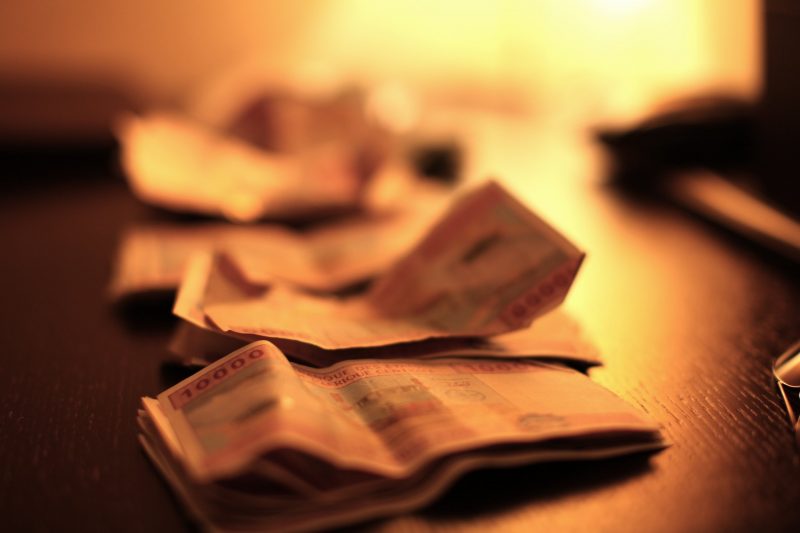 One of the central elements of French policy in sub-Saharan Africa was the creation, in 1945, of the CFA franc (franc de la Communauté Financière Africaine, or “franc of the African Financial Community”), which became the currency of sub-Saharan Africa's French colonies.

The CFA franc was pegged to the French franc and later to the euro. Two separate currencies were created: the Central African Franc, for Cameroon, the Central African Republic, Chad, Republic of the Congo, Equatorial Guinea, and Gabon, and the West African Franc, for Benin, Burkina Faso, Côte d’Ivoire, Guinea-Bissau, Mali, Niger, Senegal, and Togo. In practice, however, both currencies were at parity and interchangeable.

Paris mandated that the African central banks maintain between 50 to 65 percent of their foreign reserves in France’s central bank to guarantee the convertibility of the CFA at a fixed exchange rate.

On December 22, 2019, France and eight West African governments announced that they would replace the CFA franc with a new currency—still pegged to the euro— called the Eco. The announcement created some confusion, as the Eco was first launched by six member states of one of the largest economic unions in Africa, the Economic Community of West African States (ECOWAS). The ultimate goal is to have one common currency for most of Central and Western Africa, as Cameroonian economist Martial Ze Belinga explains:

In a way, we now have two Ecos. One that the 15 African countries voted for and whose name was already decided in 2003. And today there is a new Eco which France and the West African Economic and Monetary Union (WAEMU) countries have chosen — independently of the others. This seems astonishing. One could at least have waited for them to give their approval.

Assessment of the role of the CFA franc

Supporters of the CFA franc policy argue that the system allowed for relatively low inflation and financial stability and that funds deposited in the French central bank generated interest that was transferred back to the African governments. Any country could have left the CFA franc zone temporarily, as Mali did from 1962 to 1984, or irrevocably, as was the case with Guinea, Mauritania and Madagascar. Supporters also argue that while the CFA franc might be printed in France, other African nations’ currencies are printed in countries such as the United Kingdom and Germany.

Nigerian journalist David Hundeyin cautions that the debate around the CFA franc is often hijacked by populist leaders:

A rather unhelpful effect of the framing around the CFA conversation is that France is often typecast as the quintessential colonial power hanging on to its empire by all means, which fits in neatly with the narrative of the CFA Franc being a tool for French neo colonial subjugation in the 21st century. In fact, France is a remarkably different country now to what it was in the mid-20th century.

Critics of the CFA franc policy, on the other hand, decry it as a form of hidden financial colonialism, while some have used the catchphrase “French colonial-era tax” to describe the mandatory deposit of financial reserves in France’s Central Bank, which in 2015 represented 14 billion euros.

It is true that, for years, Paris required representatives on the boards of many African central banks, raising legitimate concerns about the independence of the decision-making process. Also noted by Senegalese economist Demba Moussa Dembele is the fact that, under this system, “African countries are deprived of their liquid assets.” Dembele points out that the convertibility system has allowed the flight of massive amounts of African capital back to France in times of crisis. Overall, he concludes that the issue is about sovereignty, namely that each country should have full control over its own currency.

For Togolese economist Kako Nubukpo, the main issue is that financial policies continue to be dictated by the Central European Bank and reflect a model of European development that was of little relevance to African economies:

I don’t think our countries can develop by practicing the monetary policies of Germany. Yet, this is the situation. By being pegged to the euro we have forced the monetary policy of a strong country to a weak economy. This amounts to taxing exports and subsidizing imports.

Since there is no limit to convertibility, local elites are free to put their money on an overseas account or to buy a flat in Paris. This is the central issue. We have elites who live off the income from their properties and have no interest in changing the system. In Equatorial Guinea, half of the GDP [gross domestic product] is transferred abroad to support property purchase. That’s quite considerable.

“The CFA franc is characterised as a credible and stable currency, a significant virtue given the experience of most currency-issuing African nations. This counter-argument is, however, flawed: experience shows that nations like Morocco, Tunisia and Algeria, which post-independence withdrew from the franc zone and minted their own currency, are stronger economically than any user of the CFA franc.”

Beyond the economic arguments, the issue is also about a public debate of France’s colonial past—or lack thereof. As Boubacar Boris Diop, a Senegalese writer and journalist, observes:

“To be frank, the meek silence of Francophone African intellectuals is the main reason why French public opinion thinks there is nothing wrong with Françafrique.”