At 23, Mércia is also the youngest female MP ever elected. 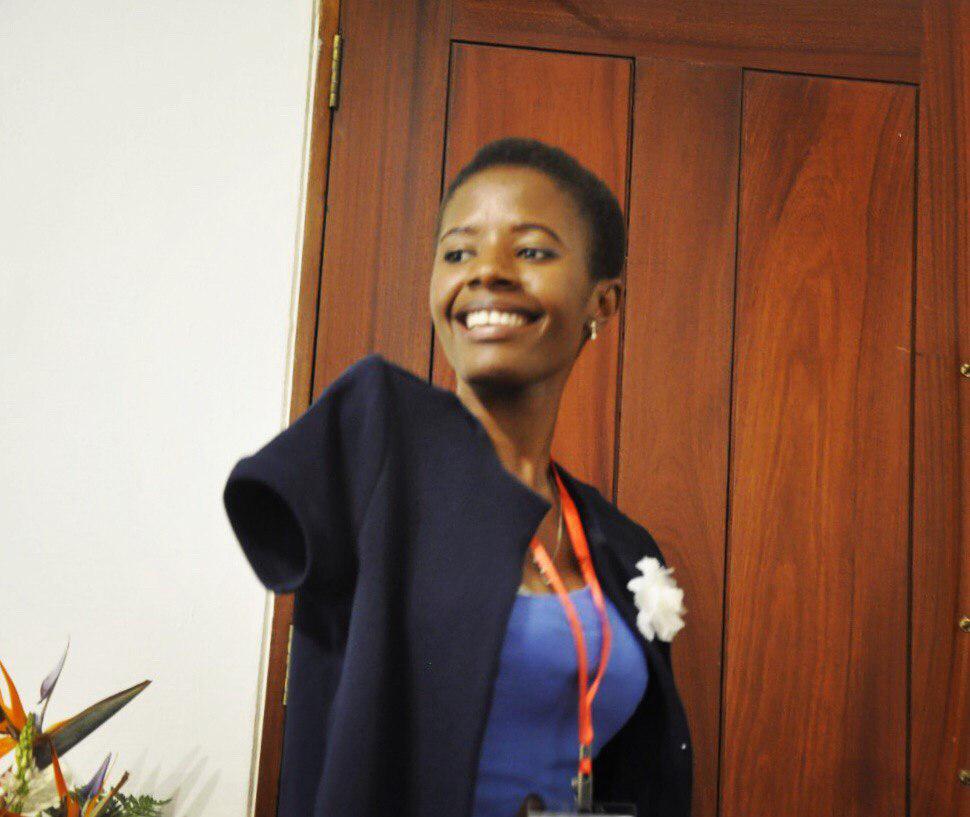 Among the 250 parliamentarians who took office on 13 January for the 9th Mozambican parliament, one deserves special mention.

She is Mércia Viriato Licá, 23 years old, the youngest deputy in the Republic of Mozambique’s history.

Because of a birth defect, she has no upper limbs. Typing on a phone, writing on paper, drinking water, using a computer — all this and a number of other activities that require hands and arms, she does with her feet. In 2019, she completed her law degree at Maputo's Pedagogical University.

Elected for Frelimo, the ruling party in Mozambique since independence in 1975, Mércia represents the constituency of Tete province. Her candidacy was proposed in 2019 by President Filipe Nyusi, who she met the previous year through Facebook. Nyusi then decided to surprise her with a visit to her home, from where he said he left impressed:

(…) sincerely, this young lady surprised me. She does everything with her feet. She proved to me that there are no barriers in life that cannot be overcome.

Mércia was abandoned by her father as a baby and was raised by her mother, with whom she lives today. Despite her disability, she told President Nyusi that she feels no different from others. She recognizes having gone through difficulties but turned them into opportunities, she has told TV Surdo.

In some opinion circles, her story is seen as an example of overcoming. Her life was recently recounted by Voice of America in a report entitled “Mércia, from renegade girl to deputy”.

In an interview with Carta de Moçambique, held on her inauguration day as a parliamentarian, Mércia discussed how she intends to inspire young Mozambicans, who comprise the majority of the approximately 28 million people in the country:

I hope to contribute to the development of the country in schooling and education. To encourage young people to never stop studying because education is the right path in life (…) I believe that by being here in the great chamber, I will encourage and inspire many people by the things I will do during my mandate. I believe that when people look at me and see that I am capable, they will also manage to take action.

Marcia Castela, 24, a law graduate, is Mozambique's youngest MP. An important gain and inspiration for the youth and people with disabilities. She and 249 other MPs were inaugurated today, following October 2019 general elections. pic.twitter.com/I2XeInZy1c

Although in 2010 Mozambique ratified the International Convention for People with Disabilities, an agreement that advocates for the creation of better conditions for disabled people, their lives remain difficult in the country, as reported by the newspaper A Verdade.

Access to buildings and public transportation is usually not adapted for disabilities, in addition to discrimination faced in other contexts. Because of this, the Association of the Disabled of Mozambique calls for specific legislation that defends this population's rights.

Commenting on Machado's tweet, the British High Commissioner in Maputo, NneNne Iwuji-Eme, said that Mercia is an inspiration not only for people with disabilities, but for any young girl anywhere. “The world needs more young girls dreaming of being leaders and succeeding like you,” she said.

The activist Benilde Mourana says she is very happy with the appointment of Mércia and hopes that she will not be “just another parliamentarian”, but will contribute to people's real aspirations:

I was happy with the election of the young Mercia, a disabled girl, as a parliamentarian, after all inclusion must start somewhere. I hope that she is not just another parliamentarian but the one who brings the real concerns of disabled people into the great chamber. Mercia alone is not enough, let the wave of disability inclusion spread to other key sectors (…)