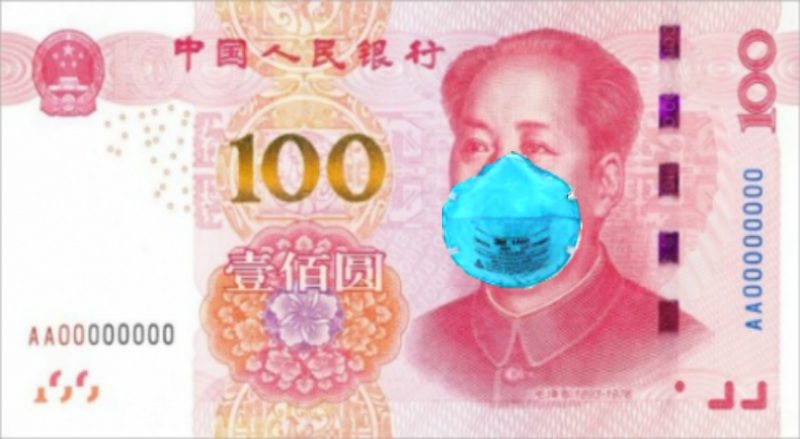 When an epidemic coincides with the spending spree that traditionally accompanies the Chinese New Year festivities, a country's economic health also comes under strain. Chinese government rhetoric is deeply embedded with promises of economic prosperity for its growing middle class, and looming fiscal insecurity, the likes we are seeing during the Wuhan coronavirus outbreak, is likely to have far-reaching social and political effects.

The most significant event of the past four decades has been the transformation of China from an underdeveloped country to the world’s top economic powerhouse. This statement is widely used by the Chinese government and the Chinese Communist Party (CCP) to claim loyalty and support from its 1.3 billion population. China started its economic reforms in 1979 and for decades boasted an impressive GDP growth, with frequent double-digit figures. Since Xi Jinping became the leader of China in 2012, the figure has oscillated between 6 and 8 percent. It must be noted that the reliability of data provided by Chinese official sources requires scrutiny given the political sensitivity attached to those figures as part of the ‘social stability’ narrative widely used by Chinese officials in speeches and statements.

The basis for the CCP’s grip over the country is a social contract that can be summarized by ‘prosperity without freedom’. In other words, as long as the 400-million strong middle class grows and enjoys comfortable living standards, the Party will not be seriously challenged for the many accounts of corruption, manipulation of justice, increasing censorship of media and information.

This explains why the GDP growth is viewed as a national indicator of the fulfillment of the ‘social contract’ and why any derailment causes great anxiety for the government and the Party, but also for citizens who typically react by online protests, rarely offline demonstrations, and for the wealthier by moving capital or entire families and businesses abroad.

While world markets have reacted nervously to news of the Wuhan coronavirus outbreak and many are predicting consequences for Chinese global trade and investment, the Chinese economy is the most directly affected. Some industries are already showing signs of a major slow-down.

Long considered a luxury, domestic and international tourism has boomed in China as the growing middle-class sees travel as one of the marks of social success. The Chinese New year period represents a peak in domestic travel as tradition demands that families gather across generations. For the 2020 celebration, 3 billion trips were expected, yet the government has now restricted movement and many scared citizens have abandoned their travel plans.

As Ting Lu, a tourism expert with Nomura Asset Management notes, the first time the Chinese domestic tourism industry was hit was after the 2002-2003 SARS epidemic:

“China’s real GDP growth dropped by 2 percentage points from 11.1% in the first quarter of 2003 to 9.1% in the second quarter, before recovering to 10% in the third quarter of that year. Growth was largely dragged by the tertiary sector, especially by two major subcomponents of GDP: (1) transport, storage, and post, and (2) hotel and catering services”

The film industry, estimated to be the second-largest movie market in the world, is also being hit hard by the timing of the outbreak. Releases for the major blockbusters of the year are always scheduled to coincide with the long Chinese New Year holiday — lasting anywhere from 10 days to two weeks — as people have time to visit the cinema. This year, the release of top movies have been postponed indefinitely. Besides film studios, including Hengdian studio, considered the largest in the world, over 70,000 cinemas have been shut down to prevent the spread of the virus. This also has political consequences on the Chinese film industry which is strictly controlled by Party ideology which imposes quotas on foreign movies as they often gain a much larger audience than domestic movies.

The following tweet includes a photo of the official announcement that the Hengdian film studios will be closed due to the Wuhan coronavirus alert.

The domestic economy will most likely be affected. It is too early to have figures now, but suffice to say that the Chinese New Year is a massive shopping season, with special offers, outside eating, and the offering of gifts. While a lot of shopping takes place online, deliveries have been halted or slowed-down given the risks of the coronavirus.

“Wuhan serves as a critical industrial, research and education base, and integrated transport hub for the nation.  Wuhan’s GDP growth was 7.8 per cent in 2019, 1.7 percentage points higher than the national average, local government data showed”.

In this context, slogans and statements delivered by central and local government officials might not suffice to reestablish trust in the ability of the government and the Party to honour the ‘social contract’. As Xi Jinping himself said at a crucial Party event, the 19th CCP Congress in 2017:

“What we now face is the contradiction between unbalanced and inadequate development and the people’s ever-growing needs for a better life.”