Screenshot of the Jamaica Accountability Meter Portal's home page. The website aims to empower citizens to play an active role as part of the country’s oversight system.

In a region where governments are hardly taken to task for a lack of transparency or corrupt practices, Jamaica may have finally found a way to monitor performance and demand more of its elected officials.

Launched in the last quarter of 2019, the Jamaica Accountability Meter Portal (JAMP) is a ground-breaking website designed to track government performance — including abuse of public office and law-breaking — by giving citizens unfettered access to their political representatives and educating them about the way their government works.

Constructed around an Account-A-Meter that allows individuals, civil society organisations, media houses, researchers — and the government itself via parliamentary oversight committees — to keep track of policy or regulations breaches, the site gives visitors direct access to accountability officers.

There are other useful features: an MP [Minister of Parliament] Tracker that brings constituents into closer contact with their parliamentary representatives and allows citizens to assess their performance; and a real-time Legislative Tracker, which monitors the progression of bills through the two Houses of Parliament and gives citizens the ability to communicate with their elected leaders.

The brainchild of Jeanette Calder, JAMP is a non-partisan, non-governmental, nonprofit company dedicated to improving governance in Jamaica. I met with Calder at her office in Kingston to discuss how she hopes JAMP will bridge the gap between policymakers and citizens, as her small dog Baxter listened in. What came through most strongly throughout our interview is that Calder is upbeat and hopeful for positive change. 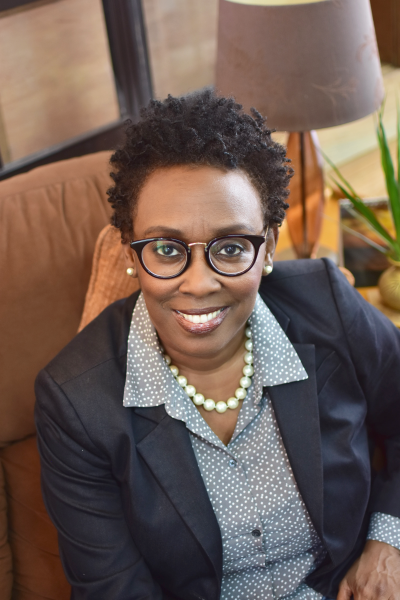 Emma Lewis (EL): Tell us a little bit about the inspiration behind JAMP. How did your vision develop?

Jeanette Calder (JC): I was inspired when I came back to Jamaica in 2012 (I had been living in the Netherlands). A public opinion survey had revealed that 60 percent of Jamaicans thought it was a mistake to gain independence. I thought that was really sad. The worst part of it was I felt the same way! This was “post-Dudus” [a Jamaican drug lord whose extradition to the United States led to a standoff between his community and state authorities] so the country was really not feeling at its best. I had returned to Jamaica to serve the public sector, where I had worked for six years and loved it. I was looking forward to contributing to the government’s Public-Private Partnership Policy — that was my area of specialisation — but this survey led me to rethink, to redefine “public service.” So I opted to serve via social advocacy.

EL: Is JAMP an anti-corruption tool?

JC: I don’t see JAMP as an anti-corruption tool, although it can reveal that. Accountability is different! It takes in issues like waste and inefficiency, which has nothing to do with corruption. Our goal is to improve public financial management so we have more resources to redirect towards social spending, developing and advancing the nation. We are tired of seeing news with people saying, “For ten years the water lock off.”

I don’t think you can “fight corruption.” Corruption happens in the dark. I can’t tell when it’s happening. Let's hold people accountable for not doing their job, not honouring the rules and policies that are in place! Once you start doing that, it takes care of a lot of the corruption. That is […] how I think it needs to be done.

Accountability is not just a key — it is the master key to change.

EL: Are there other ways in which JAMP can be used?

JC: JAMP is an educational tool and we are going to build it out in that direction. Students can find out more about the ministers, who is who, what the functions of parliamentarians are, how a Bill becomes law and the process [it goes through], things like that.

JAMP is bridging the gaps in accountability. There is an information gap and there is an access gap.

EL: How do our parliamentarians feel about JAMP?

JC: That’s a really good question. I have written to all of the Members of Parliament at least twice; they are aware of it. I have received only five responses to my requests for their constituency development reports.

It has been a little quiet… [Laughs].

We are expanding to the senators. I am not clear how the public is to communicate with them. Many are on social media in their personal capacity. We will have to meet to find out how citizens can contact them via the website.

EL: How important is the role of technology?

JC: Very important. Traditional methods are costly. We will still organise meetings [and] “on the corner” sessions, but we will be taking the tool to the people. Schools can use it; teachers can base their homework assignments on it. Digital penetration is well over 1.5 million now, and about the same number have smartphones.

EL: Are there any equivalents of JAMP globally?

We did find one website in Mexico, but the tracking of breaches is done by the government. I commend them for that, but there is a big difference. It’s not the prettiest website and though it is rich with data, is it not presented in a way that is easily understood by site visitors. It doesn’t make sense to inform citizens and then leave them to figure it out on their own — you want to connect the dots and show them what actions they can take.