Nigeria's Operation Àmò̩té̩kùn: Was it named after a leopard, cheetah or tiger?

Yorùbá linguists and culture enthusiasts are weighing in on translations 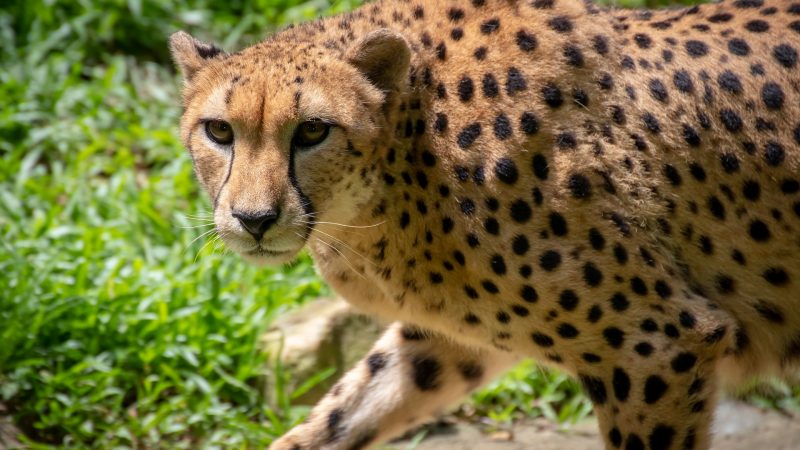 With rising security threats in Nigeria, governors of the southwestern states have put their heads together to create Operation Àmò̩té̩kùn — a regional security outfit that launched on January 9, 2020.

While many have lauded the initiative for confronting spikes in kidnappings and killings in the region, others have criticized it for being unnecessary and at odds with the federal government.

Amidst the politically charged arguments surrounding Operation Àmò̩té̩kùn, linguists and culture enthusiasts are also weighing in on suppositions surrounding the English translation of àmò̩té̩kùn.

What does the word àmò̩té̩kùn mean?

Linguists have long taken issue with ascribing the name àmò̩té̩kùn interchangeably with the leopard, cheetah and tiger. To disentangle this twist, linguists have carefully investigated the matter from the Yorùbá cultural perspective regarding names and translations.

This Yorùbá proverb lends some insight: “Asárépani bíi àmò̩té̩kùn,” which roughly translates in English as “To kill as fast as an àmò̩té̩kùn,” comparing a person or thing to a fast animal. Well, then, it must be a cheetah, right?

The cheetah is the fastest land animal — even Usain Bolt could not outrun it. The word àmò̩té̩kùn comes from the phrase “ohun tí a mò tó tó e̩kùn,”  which loosely translates to “what we know that has attributes of an e̩kùn.”

By these claims, one could conclude àmò̩té̩kùn means cheetah. Nevertheless, some call the cheetah òwàwà  — not àmò̩té̩kùn.

But what does e̩kùn actually mean? Is it a cheetah, leopard or tiger?

Some believe e̩kùn is the leopard, native to sub-Saharan Africa, which has a long-standing relationship with Yorùbá people. The proverb “fere bí e̩kùn” which means “as swift as an e̩kùn” speaks to this relationship. A cheetah is faster than a leopard. But is a leopard indeed swifter than a tiger?

Some believe that ekùn refers to a tiger —  an animal that actually hails from Asia.

This relationship between e̩kùn and tiger may have emerged from three possibilities: 1. colonization, 2. Western education, or 3. Early Africans’ encounters with the tiger, when British may have imported them to Nigeria during the colonial era.

It is possible that British colonizers may have assigned the meaning of e̩kùn to the tiger because the tiger was more familiar to them as a “fast animal.” There is no way, however, that e̩kùn originally meant “tiger” as this animal is not indigenous to Nigeria.

Some say that the word tiger is ògìdán, but this is most likely an oríkì (“praise name”) derived from the song:

Ògìdán will not become a barber, the dogs will not go there to cut their hair — no dog dare enter the territory of the e̩kùn.

This proverb, a mix of English and Yorùbá words, uses the English word “barber,” meaning that the song was likely composed during or after British colonial rule. Perhaps, that is when the idea arose that e̩kùn and ogìdán both mean “tiger.”

Another Yorùbá saying goes: “Ògìdán olólà ‘jù, akomonílà láì l’óbe” or “Ògìdán, a prominent forest animal, gives marks to it cubs without using a knife,” — referring to its sharp claws. This proverb affirms that Yorùbá people are most conversant with the leopard — the animal in their immediate environment and therefore, ogidan also means leopard, not a tiger or cheetah.

If leopard is e̩kùn, we can safely agree that cheetah is àmò̩té̩kùn. 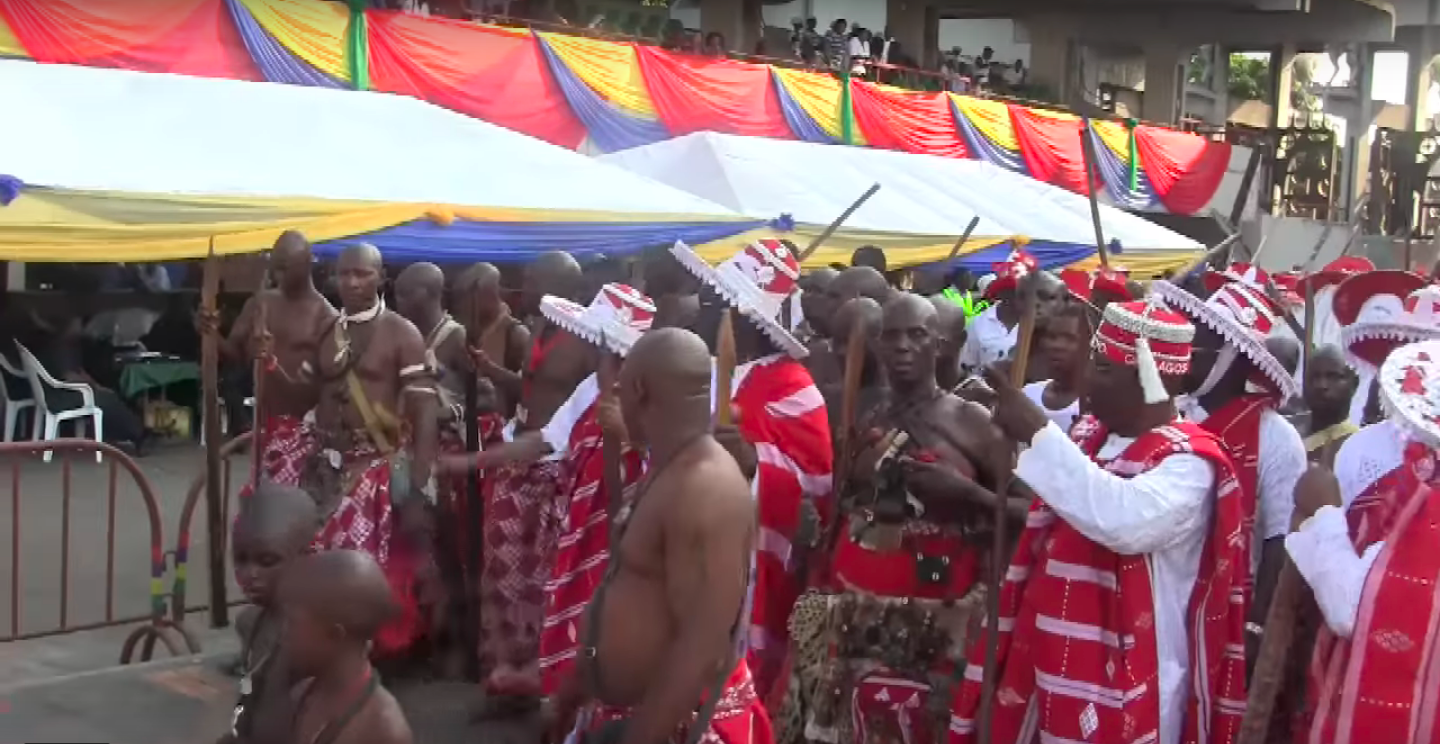 Screenshot from a video about the Eyo Festival in Lagos, Nigeria, March 30, 2012, by Dreams Shots Videos.

With respect to existing traditions, the Aláàfin of Ò̩yó̩ (king of the Yorùbá kingdom of Ò̩yó̩) His Majesty, Oba Lamidi Olayiwola Adeyemi III, always rests his legs on the skin of an e̩kùn — which is always a leopard skin. Most oba or “kings” use leopard skin, too, while few use that of àmò̩té̩kùn — or cheetah.

Notice how the eégún atìpàkó̩, a famous masquerade in Ìbàdàn, Nigeria, uses leopard skin referred to as the skin of e̩kùn.

Also, look to the popular Lagos festival Adamu Orisa Play, otherwise known as the “È̩yò̩” festival, which refers to costumed dancers. One of the priests of the Làbà E̩kùn È̩yò̩ group, the second in the hierarchy of the five major È̩yò̩ dance groups, carries a large bag made of leopard skin, referring to e̩kùn in the group’s name.

Linguists must address these misconceptions, especially in the Nigerian educational system — and especially when Yoruba words make international headline news as the name of major security operation such as Operation Àmò̩té̩kùn.