What it is like to report in Honduras, in the words of an Honduran journalist 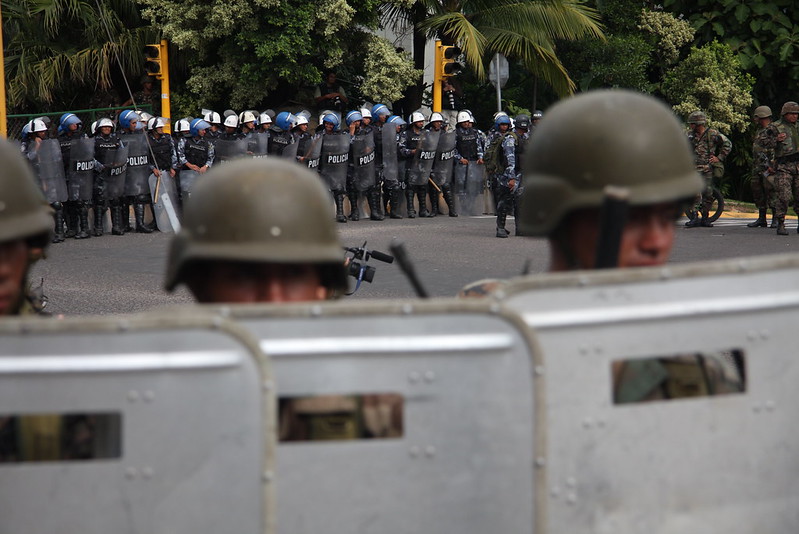 According to UNESCO’s Observatory of Killed Journalists, 38 journalists have been killed in Honduras since 2010. More than 70 percent of these cases are unresolved.

Those figures make Honduras the most dangerous place in the Americas for a practicing journalist.

Reporters Without Borders noted that journalists who are particularly outspoken or critical of the government “are often the target of death threats or violence or are forced to flee abroad. They are also often the targets of abusive judicial proceedings, and prison sentences for defamation are common, sometimes accompanied by bans on working as a journalist after release.”

On a first-person essay for Salvadoran outlet El Faro, Jennifer Ávila, the director of the Honduran digital investigative news site Contra Corriente, explained the difficulties of reporting in her country:

In Honduras, doing independent journalism means constantly running into a wall. This wall is built by mafia-run institutions that have silenced and terrorized whole communities. To simplify a complex reality, the media has labelled the country a narco-state.

Yet, Ávila believes that the biggest threat to Honduran journalism is the people's “fear and distrust.” Journalists are either seen as government sell-outs or political activists — and she argues that some Honduran media follow these patterns. This leaves little space for independent journalists to gain people's trust and search for the truth:

Journalists covering street protests are often labelled as “sell outs” or as “reporters of the people.” On one hand, they are seen as victims of the demonstrations, while on the other hand they are seen as aggressors. The popular belief that journalism is done to attack others and not to reveal truth explains a lot about power structures in Honduras. Journalism can either show the consequences of an event or turn that same event into a problem. It turns Honduras into even more of a hostile environment for journalism.

Ávila also argues that tragic stories of migrants deported back to places such as her hometown of El Progreso in Northern Honduras should go beyond simply detailing the humanitarian aspect. Stories should delve further into the power structures in play, which can bring about more scrutiny on the authorities, she says:

I told the story of Pilar, a member of COFAMIPRO, a committee made up of the mothers who organize every year to travel to Mexico in search of their sons or daughters who have disappeared while migrating north. Pilar has spent years searching for her daughter. (…) To be a mother in Honduras is to know that you may find your child’s body hacked into pieces. To be a journalist in Honduras is to know that these stories are not an exception. The country is in pain. Telling these stories means it’s also necessary to tell what causes them, but that’s just where more problems begin.