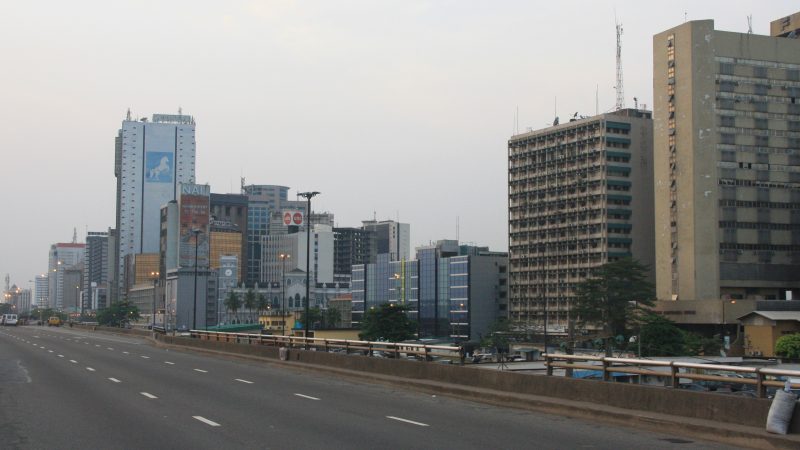 In August 2019, Nigeria unexpectedly closed all of its land borders with Niger, Cameroon, and Benin, to stop all movement of goods, except oil, from import or export. The Nigeria-Benin border closure was made without any formal communication with government officials of neighboring countries.

The closure is part of Nigeria’s economic strategy to tackle the smuggling of goods across the border, to increase local production and protect local producers, as outlined in its 2017-2020 Economic and Recovery Growth Plan. Smuggling activities across the Nigerian-Benin border account for about 110 billion nairas ($303,614,300 United States dollars) in trade revenue loss every year.

However, smuggling is nothing new along these borders, with historical roots from British and French colonial authorities, when colonial rivals implemented trade policies to protect local industries from external competition, which exacerbated illicit trade activities across the border.

Activating a prolonged trade restriction to solve the recurring issue of smuggling will have a negative economic effect on Nigeria and puts a damper on Africa's much-anticipated intra-regional trade investment agreement, the African Continental Free Trade Area, known as AfCFTA, slated to begin in July 2020.

AfCFTA — projected to add a combined gross domestic product (GDP) of more than $3.4 trillion USD to Africa's economy — focuses on creating a single continental market for goods and services, with free movement of business persons and investments, and thus pave the way for accelerating the establishment of the Continental Customs Union and the African Customs Union. It also intends to expand intra-African trade through better harmonization and coordination of trade liberalization and facilitation.

The border closure has spiked food prices, causing inflation to increase to 11.24 percent, the highest level since June 2019, and it is expected to rise even higher.

Presently, Nigeria produces about 6.9 million metrics tons of rice annually, but the country has to import rice worth $4 billion USD to meet the rising consumer demand.

When Nigerian President Muhammadu Buhari assumed office, one of his major goals was to improve the growth of the agriculture sector to decrease dependency on the oil sector, enacting a policy to restrict the Nigerian Central Bank from distributing funds to facilitate the importation of food, especially rice.

Additionally, the border closure will further decrease Nigeria’s ability to attract foreign direct investment. The World Bank ranked Nigeria as one of the worst countries in the world when it comes to ease of trading across borders, ranking 182 out of 190 countries.

As expected, Benin will be heavily hit by the closure because of its informal trade dependence on Nigeria, which accounts for 70 percent of Benin's GDP. However, it is important to note that apart from the formal importation of petroleum from Nigeria, Benin also imports poultry, rice and vegetable oil accounting for about $100 million USD in revenue to Nigeria’s GDP.

Nigeria stands to lose this significant source of revenue should it continue to close its borders to Benin and other African countries.

Leaders in Ghana are growing impatient with the border closure, due to the negative economic consequences on their economies, which could result in potential political tensions between the two countries. Nigeria could stand to lose about $300 million USD in export revenue from Ghana if Ghana retaliates by imposing similar trade restrictions on Nigeria. Ghana depends on the Abidjan-Lagos Highway for overland access to markets in West Africa, which has been closed due to the Nigerian-Benin border closure.

In a recent discussion in Abuja, Nigeria, between Nigeria's Foreign Affairs Minister and Ghana's Foreign Minister, Nigeria assured Ghana that they would open the border by January 31, 2020.

However, the Nigerian government recently made an announcement indicating an extension of the border closure until mid-2020, prompting Ghana’s Information Minister, Kojo Oppong Nkrumah, to condemn the plan, citing risk to the entire Economic Community of West African States [ECOWAS]. Nkrumah said:

It is very important for ECOWAS as a bloc to engage Nigeria on the closure of the borders because moves like this have a way of negatively impacting the West African Economic Integration project.

The Ghana Union Traders Association (GUTA) has petitioned to the government of Ghana to also close its trade borders in retaliation to what they call, “unfair treatment” from Nigeria.

Nigeria is a key regional player in the economic growth of West Africa and facilitates the growth of informal trade across the region. This border closure is expected to affect the informal sector which represents about 50 percent of West Africa’s combined GDP.

Nigerian Foreign Minister Geoffrey Jideofor Kwusike Onyeama recently announced a  list of strict conditions that all ECOWAS members must meet in order to be accepted as Nigeria’s trade partners.

The border closure and the list of strict conditions send a negative signal to the world and other African governments about Africa’s commitment to boost intra-African trade activities by at least 53 percent through AfCFTA. The treaties intend to facilitate smooth intra-regional trade to ensure regional growth, but Nigeria's trade restrictions fail to achieve this.

A recent article published by the World Bank Group asserts:

Nigeria’s policy of food import substitution, a form of industrial policy, is often at odds with the idea of regional integration…The AfCFTA will only succeed if member countries make the regional strategy part of their national policy and proactively address the tensions that arise between the two. Countries should find the sweet spot that reinforces national economic goals and ensures maximum gains from increased integration, looking beyond a static assessment of their priorities.

A way forward for Nigeria

Nigeria’s border closure strategy is not new. Nigeria closed its border with Benin in 1984 and 2003 for the same reason – to curb smuggling — but never succeeded.

In 1987, Nigeria's military government banned barley, an essential product for beer production. The aim, like that of the current rice ban, was to arrest the value of the country's currency, reduce forex reserve depletion and ignite economic growth.

However, the barley ban did the exact opposite. David Hundeyin of the African Report asserts that it destroyed Nigeria's “local beer industry” resulting in the sacking of “thousands of Nigerians” workers and “delivered almost 90 percent of the local beer market” to foreign-dominated beer makers.

To solve the recurring smuggling menace across borders, Nigeria needs to create a national or regional institutional framework that can monitor and ensure compliance with respect to verification, certification, and monitoring of the rules or agreements either in ECOWAS or the AfCFTA and fix its dysfunctional economic policies.

As many economists have proposed, Nigeria should take effective measures to diversify the economy away from overreliance on the oil sector and agriculture, by implementing more market-friendly measures that encourage foreign and local investments into other revenue-generating sectors.