The plan has been criticized as a 'farce' and 'disgrace' 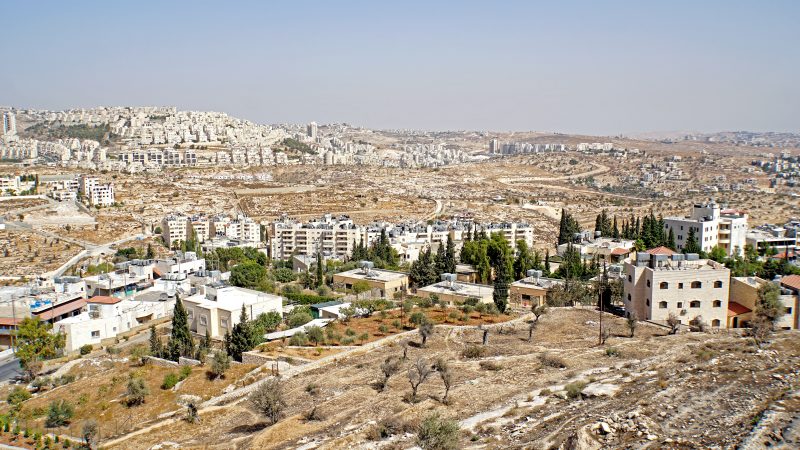 Bethlehem is a Palestinian city located in the central West Bank, Palestine, south of Jerusalem, October 9, 2016. Photo by Dennis Jarvis via Flickr CC BY 2.0.

On Tuesday, January 28, 2020, U.S. President Donald Trump announced his long-awaited Middle East peace plan known as the “deal of the century.” The plan calls for a separate Palestinian state and promises Jerusalem as Israel’s undivided capital.

“Palestinians are in poverty and violence, exploited by those seeking to use them as pawns to advance terrorism and extremism. They deserve a far better life,” Trump said in a speech on Tuesday.

According to Trump's plan, a Palestinian state will only be realized if Palestinians meet demands made by Israel. Palestinians widely rejected the plan before it was even announced.

So, what is the new peace plan?

The plan includes a “conceptual map” that shows territorial compromises that Israel is making to accommodate a Palestinian state. According to the BBC, Trump added that the map “more than doubles the Palestinian territory and provide[s] a Palestinian capital in eastern Jerusalem.” The U.S. would open an embassy in the “new Palestinian state.”

“No Palestinians or Israelis will be uprooted from their homes,” Trump said in his speech. He added that the existing Jewish settlements in the Israeli-occupied West Bank — illegal according to international law —  will remain.

He said that territory allocated to Palestinians “will remain open and undeveloped for a period of four years.” During those four years, Palestinians “can study the deal, negotiate with Israel, and achieve the criteria for statehood,” according to the BBC.

Finally, “Israel will work with the king of Jordan to ensure that the status quo governing the key holy site in Jerusalem known to Jews as the Temple Mount and al-Haram al-Sharif to Muslims is preserved,” according to the BBC.

Following the announcement, U.S. Ambassador to Israel David Friedman said that Israel is free to annex settlements at any given time.

Hours later, Netanyahu’s spokesman Jonathan Urich announced on Twitter that the prime minister will ask the cabinet to back the full annexation of settlements in the West Bank on Sunday.

The following tweet shows the changes over time in the proportions of the land in Palestine versus the Israeli settlements:

The PLO [Palestinian Liberation Organization] does not agree with the math… pic.twitter.com/LyyltDgJAY

Israeli Prime Minister Benjamin Netanyahu, — who is also indicted on corruption charges in Israel, — stood at the White House in Washington, D.C. alongside Trump while he made the announcement. Ambassadors of Egypt and Jordan — the only Arab countries that have a peace treaty with Israel, — were both absent.

“My vision presents a win-win opportunity for both sides, a realistic two-state solution that resolves the risk of Palestinian statehood to Israel's security,” Trump said during his speech.

Political analyst Marwan Bishara called the plan a “farce” on Twitter, given that both Trump and Netanyahu facing charges in their respective countries and aim to redirect attention away from that. As Trump made his peace plan announcement, his defense team was in the Senate battling his impeachment. Meanwhile, hours earlier, Netanyahu was formally indicted on corruption charges.

My early assessment of the Trump's ‘peace plan': The farce, the fraud and the fury @AJEnglish https://t.co/jJKW4oV7I8

The plan has been highly criticized as an endorsement for the unilateral Israeli annexation of the settlements.

When was the last time anyone made an agreement about a third party, with the third party not present? #DealOfTheCentury

Arab states have called for a conversation that includes all parties to reach an agreement. Meanwhile, the Kingdom of Jordan has said that establishing an independent state of Palestine is the only route for peace in the region.

Want to know why this “ultimate deal” is a sham & a disgrace that will never lead to peace? @OmarBaddar explains:#DealOfTheCentury #Apartheid pic.twitter.com/1k9Ig0q9ND