African creatives must 'reap the vast fortunes lying in wait' 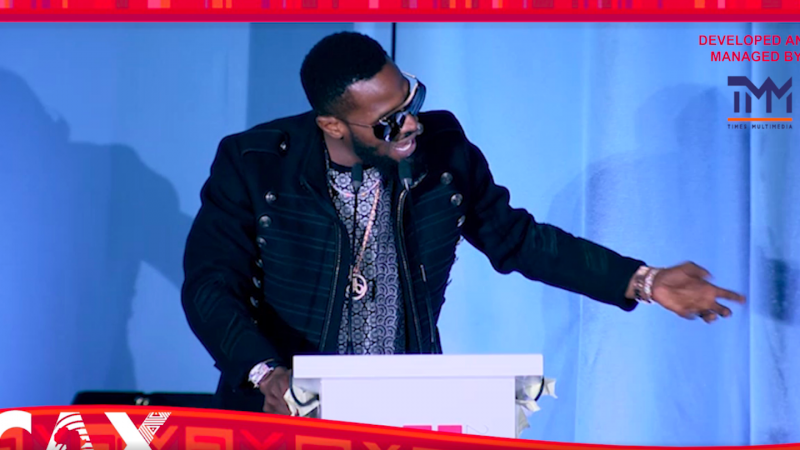 Screenshot of Nigerian artist D'banj speaking at CAX Weekend in Cairo, Egypt, 2018. Dbanj told investors that “content is the next crude oil” and must be respected as much.

In recent years, cultural and creative industries have played a growing role in developing economies, in terms of their economic contribution as well as their power to effect social change and cultural engagement.

In 2013, cultural and creative industries (CCI) generated $2,250 billion United States dollars worth of revenue and 29.5 million jobs worldwide [but] only 3 percent of these jobs came from Africa and the Middle East, according to a 2013 study by the United Nations Educational, Scientific and Cultural Organization (UNESCO) called “Cultural time.”

For this reason, African Export-Import Bank (Afreximbank) in collaboration with UNESCO and African Development Bank Group, developed the Creative Africa Exchange (CAX) as a “catalyst that brings together the identified assets and resources within the creative industry” to consolidate, monetize and impact African creative and cultural economies, according to the CAX website. CAX launched during the Intra Africa Trade Fair in Cairo, Egypt, in December 2018.

African creative talents from the fields of music, arts, design, fashion, literature, publishing, film and television came together for a Creative Africa Exchange Weekend in Kigali, Rwanda, January 16-18, 2020. It advertises itself as the “first continental event dedicated to promoting exchange within the creative and cultural industry in Africa,” with over 2,000 participants from 68 countries.

Over 2,000 participants from 68 Countries expected at CAX weekend in Kigali https://t.co/28gWP2HjNB

On the second day of the event in Kigali, professor Benedict Oramah, president of the African Export-Import Bank (Afreximbank) announced a $500 million USD fund “to support the production and trade of African cultural and creative products” over the next two years, New Times Rwanda reported.

Omarah told guests at the event that the funds, which would build on what the bank was already doing, would be accessible as lines of credit to banks, direct financing to operators and as guarantees. He said that “while Africa had a deep pool of talent, it lacked the infrastructure and capacity to commercialize its creative talent and “reap the vast fortunes lying in wait, according to Afreximbank. He continued:

Because of underinvestment in the creative and cultural industries, Africa is largely absent in the global market of ideas, values and aesthetics as conveyed through music, theater, literature, film and television. African countries import overwhelmingly more creative goods than they export or trade amongst themselves.

He commended Egypt’s “astronomical growth in creative exports over the last decade.” In December 2019, Afreximbank was honored at the International Fashion Awards (IFA) in Cairo for its role in supporting Africa's creative industry. Omarah also commended Nigeria's Nollywood industry.

On Twitter, artists who were attendance showed their appreciation for the gathering held at Intare conference center in Kigali:

The CAX weekend was amazing in Kigali, Rwanda ??

Today I am singing at the Africa Forum Corporate Event. I love my Job!

CAX Weekend organizers raved about the performance of Marina Debol, a singer from Rwanda:

We are still re-living some of our favorite moments from CAX weekend and this sensational performance from Marina Debol is definitely on our list! pic.twitter.com/cTqPMLTjDU

What we need is for you guys to really understand is that content is the new crude oil and however well you respect the oil industry you have to respect the creative industry.

The concluded CAX Weekend 2020 will be followed by CAX Week on the sidelines of the second Intra-African Trade Fair (IATF2020) from September 1-7, 2020, also in Kigali.