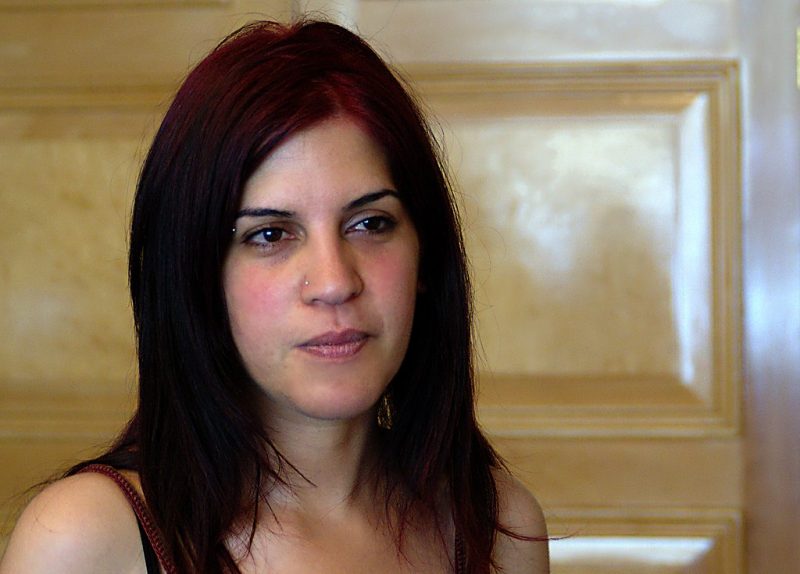 Prominent Tunisian blogger and human rights defender Lina Ben Mhenni passed away at the age of 36 on Monday 27 January, 2020.

Lina was a key figure in the Tunisian revolution that toppled the 23-year dictatorship of Zine el Abidine Ben Ali in January 2011. When the revolution began in December 2010, Lina travelled to Sidi Bouzid and Kasserine, where she reported on the very first protests before they spread to other regions of the country. Her reporting helped publicize the authorities’s deadly crackdown on protesters, at a time when media freedom and press freedom were greatly restricted in Tunisia, and the internet heavily censored.

Prior to the regime’s collapse, she blogged and wrote about the human rights situation in the country on her award-winning blog, A Tunisian Girl. She was also a contributor to Global Voices, where she wrote extensively about internet censorship, the crackdown on bloggers and freedom of expression under the Ben Ali regime.

Lina continued her tireless activism after the revolution. She was critical of the rule of the Islamist Ennahdha movement, which governed with two other parties from late 2011 and early 2014. During this period, violations of human rights and individual freedoms continued to take place, including on religious grounds. Ben Mhenni also received death threats for her criticism of the Islamists and the authorities.

Ben Mhenni also campaigned for the socio-economic and cultural rights of all Tunisians. She was a strong supporter of the rights of those who were injured for protesting during the revolution, including their right to compensation and adequate healthcare. In 2016, along with her father Sadok Ben Mhenni, a political activist and human rights defender who was imprisoned under the regime of Bourguiba (Tunisia’s post-independence president), she started a campaign to collect books for prisoners to help fight radicalization in prisons. They collected more than 45,000 books in two years.

The award-winning blogger died of a chronic illness that required her to have a kidney transplant in 2007.

Speaking to a local radio station on 14 February 2019, Lina paid tribute to her mother for donating her kidney to her and for supporting her activism. She said:

Thanks to her I got to live another 12 years I may not have lived, or I would have lived a prisoner in my own body. But I have fully lived these years thanks to her. I travelled, I moved, I filmed, I ran, I screamed, and I lived the Tunisian revolution, something I may not have been able to live…