A sea of red: Celebrating the Chinese New Year

Many East Asian cultures celebrate the occasion under different names 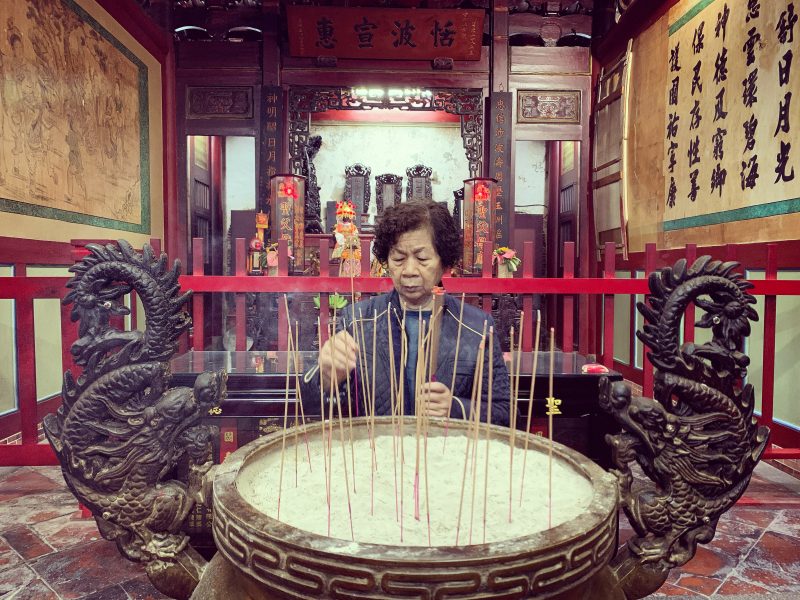 The Chinese New Year is a holiday rooted in agricultural traditions that celebrate the end of the long winter months. The 2020 lunar new year begins at midnight on January 24 and will last for several days as people from all over the world mark the passage from the Year of the Pig to the Year of the Rat.

The date of the celebration changes every year because it is based on the lunisolar calendar and coincides with the occurrence of a new moon in the period ranging from late January to mid-February. This is also why it is described under different names and is celebrated in many East Asian cultures. One common term, mostly used in China, is Spring Festival (春节). The Vietnamese use the term Tết (which means feast and comes from the full name Tết Nguyên Đán or “Feast of the First Morning of the First Day”), while Tibetan culture refers to it as Losar (ལོ་གསར་, literally meaning “New Year”). The Lunar New Year is officially celebrated in Taiwan, Japan, South Korea, Singapore, and by members of the Sinophone diaspora around the world. 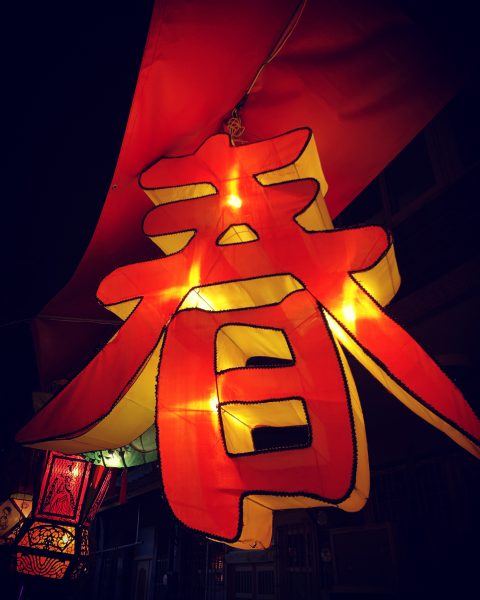 Lantern representing the character 春 or Spring as in Spring Festival, in Tainan, Taiwan. Photo by Filip Noubel, used with permission.

The power of red: An effective monster-repellent

Both before and during the period of the Chinese New Year, the color red is prominent as decorations on doors, in houses, temples, shops, on wish cards, and on the clothes that people choose to wear. 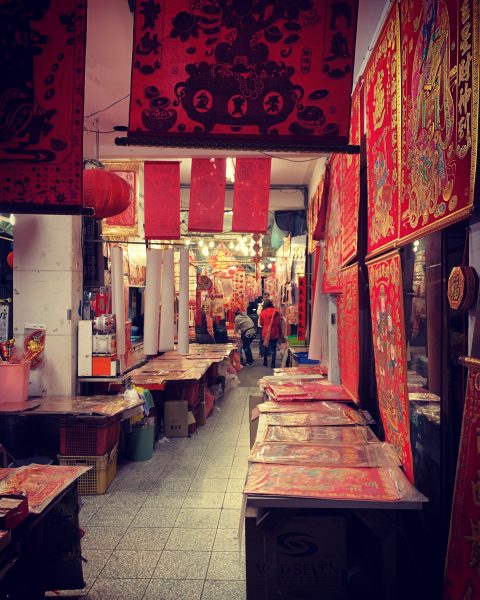 The celebration takes its origins from a legend featuring a mythical beast called the Nian that would attack villagers and eat them — until an old man, who happened to be wearing red, announced he would guard the village at night by setting off firecrackers, which scared the monster away. It has therefore become a tradition to wear and display red, as well as to use firecrackers to get rid of all the “negative forces” of the preceding year, thus meeting the new one in an auspicious way. 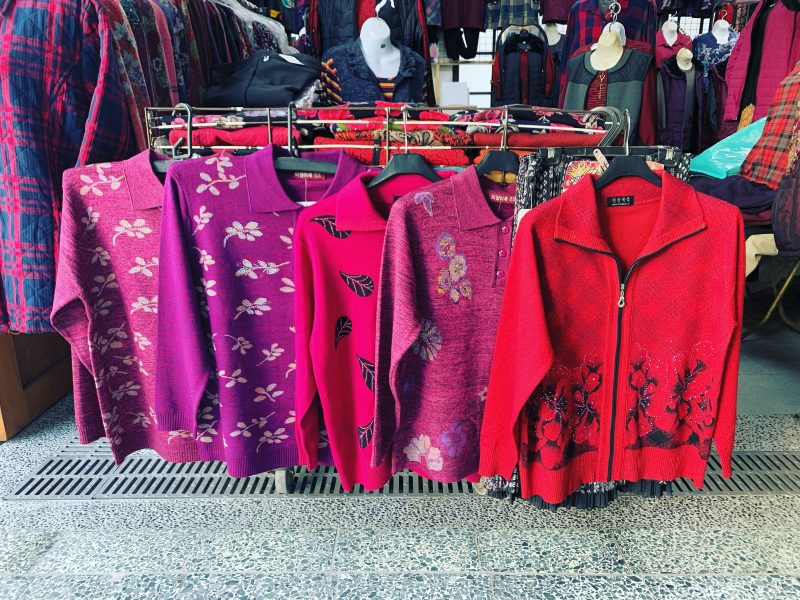 New Year clothes on display in Tainan in Taiwan. Photo by Filip Noubel, used with permission.

In the Chinese tradition, each year is represented by one of 12 totem animals. The 2020 New Year marks the passage from the Year of the Pig to the Year of the Rat, which is the first animal in the 12-year cycle.

The character used in Chinese is shu or 鼠 which, because it does not distinguish between mouse or rat, has resulted in many of this year's designs featuring cute mice, often clad in red. 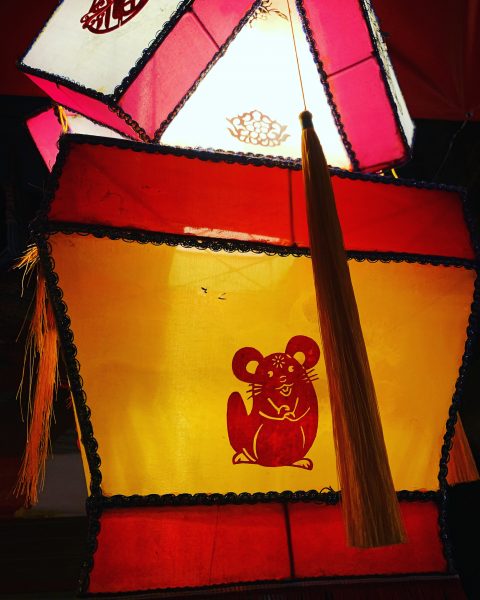 The same zodiac — and its related symbols — is also widely used in Japan, Korea, Vietnam, Cambodia, and Thailand. 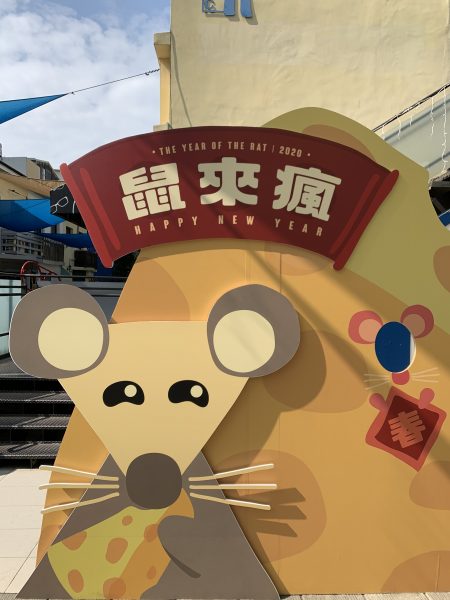 Family dinners and visits to temples

The centerpiece of the New Year’s Eve celebration is the family dinner which requires all family members, across generations, to gather in one home to eat together. The food served varies according to geography and local cuisine. In northern China, it is usually dumplings, called jiaozi, while in southern Chinese culture, it can include a glutinous New Year's cake called niangao. Here are some popular dishes that are traditional in northern cuisine:

Families also visit local temples in the hours before the start of the New Year to pray for prosperity, health, and success in projects or exams. The next two weeks also contain special days that are marked by specific rituals, often involving family visits. 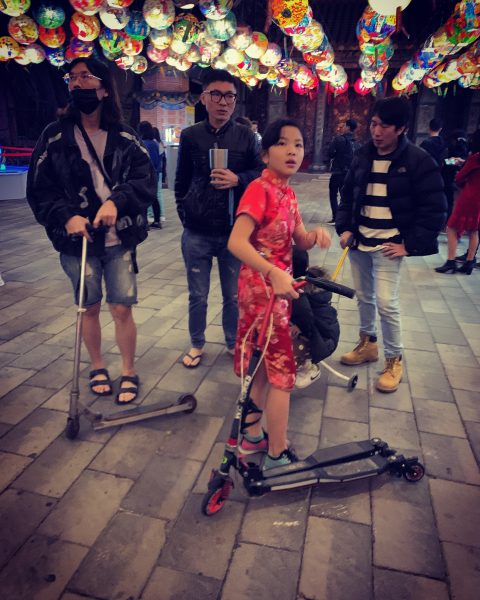 Visit to a local temple just before midnight in Tainan, Taiwan. Photo by Filip Noubel, used with permission.

According to the Chinese zodiac, each animal symbolizes and describes what is to be expected as the year unfolds — and if we are to believe the Chinese horoscope, 2020 promises to be interesting: “As a highly perceptive animal that can sense its environment and know when to act, the rat is one of the Chinese zodiac’s most auspicious signs.”

One master of geomancy, who hails from Hong Kong, offers detailed predictions for each Zodiac sign: “It's about finding that law and flow of the universe. When you know how to calculate it, you can predict the trends for everything.”