For the first time, clouded leopards have been found high up in Nepal's Himalayas. But can they survive climate change?

Clouded leopards are poached for their beautiful pelts 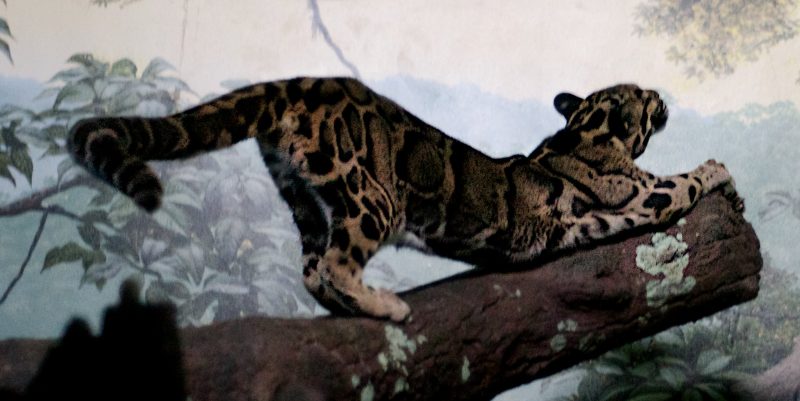 Clouded leopard. Image by Charles Barilleaux for Flickr. CC BY 2.0

Clouded leopards, one of the most elusive cats, were found for the first time at an altitude of 3498 meters (11476 feet) above sea level in the Langtang National Park in Nepal. The study, led by Özgün Emre Can from the University of Oxford, confirmed the existence of this cat species in this high altitude.

(3/4) We discovered clouded leopards at 3500 m a.s.l. in Langtang National Park, Nepal. The species wasn’t known to exist in this region of the Himalayas. This altitude is also a world record for clouded leopards. @WildCRU_Ox @OxZooDept @UniofOxford https://t.co/T7t8JxLqBk

In the research study published by Can and his colleagues, the authors state:

Before this study, there was no hard evidence that clouded leopards occurred above 2300 meters above sea level, having documented them at almost 4000 meters above sea level in the Himalayas, we emphasise the importance of this extreme portion of the species’ range where climate is likely to change more rapidly and with greater consequences, than the global average.

Named after its cloud-like blotched pattern on the skin, the clouded leopard is found in the Nepali Himalayas in the west to southern China in the north and east, and Peninsular Malaysia in the south. It has been listed as a vulnerable species in the IUCN Red List of Threatened Species.

Achievement in wildlife conservation: Nepal is listed in Top 5 country for conservation of Clouded Leopard by European Outdoor Conservation Association ???

Largely nocturnal, clouded leopards are great climbers which has earned them the moniker “tree tigers”. They have very long teeth compared to their heads, so some call them the modern-day sabre tooth cats.

The National Park and Wildlife Conservation Act 1973 has given special protection to clouded leopard in Nepal. According to the Act, any person illegally killing or injuring, selling, purchasing or transferring or obtaining a clouded leopard shall be punished with a fine ranging from fifty to one hundred thousand rupees or imprisonment ranging from five years to fifteen years or both. But this has not stopped poachers – four clouded leopard pelts were found by Nepal Police in 2018 within a span of two months.

Clouded leopards are poached for their beautiful pelts that are traded illegally while the habitat loss and degradation remain the prime concerns for their conservation. In addition, these leopards found at high altitudes face the threat of warming temperatures that are pushing other highland species towards higher elevations. In the Eastern Himalayan region, the annual mean temperatures are projected to increase research on average by 2.9 degrees Celsius by the middle of the century. According to researchers, even if global warming is limited to 1.5 degrees Celsius by the end of the century, the high mountains are likely to warm even more.

Read: Flora and Fauna Signal the Visible Effects of Climate Change in Nepal

Technologies like camera-trapping have been helping scientists study the dynamics and behaviour of this species. In addition, captive breeding and artificial insemination techniques are projected to further help save these leopards. The presence of the Nepali army and park administration working together to protect the park and curb illegal wildlife trade gives hope for the conservation of these leopards in the high altitude.