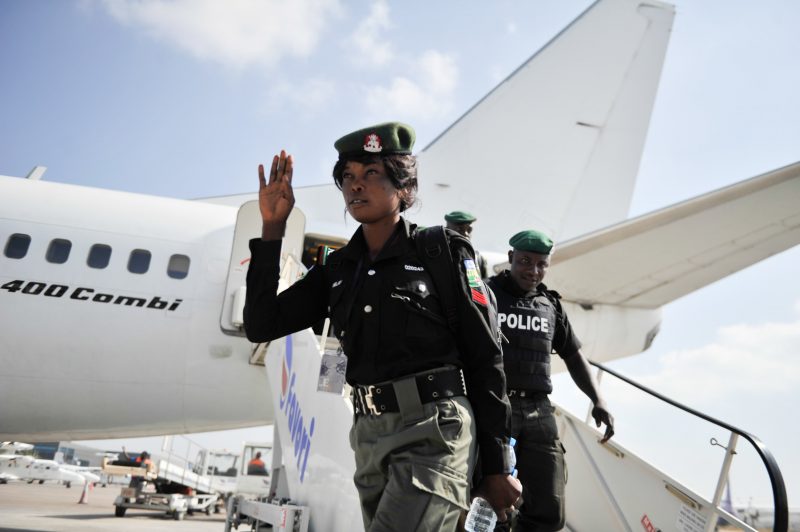 The state governments of southwest Nigeria have launched Operation Amotekun, a self-help intervention designed to fight back against a recent spike in insecurity in the region, pitting these regional governments against the central government.

A spike in kidnappings and killings across southwest Nigeria has caused alarm and fear among citizens.

The Western Nigeria Security Network, codenamed Operation Amotekun (meaning “leopard” in Yorùbá), was launched by the states of Lagos, Oyo, Osun, Ekiti, Ondo and Ogun, on January 9, in Ibadan, the capital city of Oyo State, Nigeria.

Kayode Fayemi, Ekiti State governor, explained Amotekun as a “community security” outfit that will “complement the efforts” of police.

The regional security initiative is only a “response to a problem” while the Nigerian police actualize a national “community policing strategy”.

Hence, Amotekun is “a confidence-boosting strategy” for southwest residents.

The obligation of Amotekun is to provide first-hand information that could help tackle crime. Information is the main factor in any operation. This is a preventive measure towards resolving our insecurity problems other than focusing on corrective measures.

Nigeria's police chief, Mohammed Adamu, “is not opposed” to Operation Amotekun or “any legitimate and community-based efforts” that aims in fighting crime in any part of the country — as long as these efforts conform to Nigeria's “national security policy,” reports Nigerian newspaper, the Daily Trust.

But the federal government, on January 14, declared Amotekun an illegal security organisation.

Abubakar Malami, Nigeria's Attorney-General and Minister of Justice, said that the establishment of Amotekun “runs contrary to the provisions of the Nigerian law.” Malami maintained that the security of the nation is a constitutionally exclusive preserve of the central government. Consequently, “no state government, whether singly or in a group,” is legally allowed to “establish any form of organisation or agency for the defence of Nigeria or any of its constituent parts.” Maintaining “law and order,” according to the justice minister, is the duty of the police and other security agencies as prescribed in “Item 45 of the second schedule of the 1999 constitution of the Federal Republic of Nigeria.”

‘Go to court or go back to sleep!’

Afe Babalola, a Senior Advocate of Nigeria, described Malami's declaration as an “unlawful pronouncement.” Babalola stated that the minister of justice went “overboard dishing out judgment on issues of such nature as if he were a law court. He continued:

Amotekun had been launched, let them go on. Anybody that feels what they have done is wrong can go to court.

Wole Soyinka, 1986 winner of the Nobel Prize in Literature, lamented that the federal government who “have been sleeping all this time taking belated actions, watching the people being decimated” seem to have suddenly found their voice. “They should go back to sleep. Amotekun has come to stay,” Soyinka insisted. 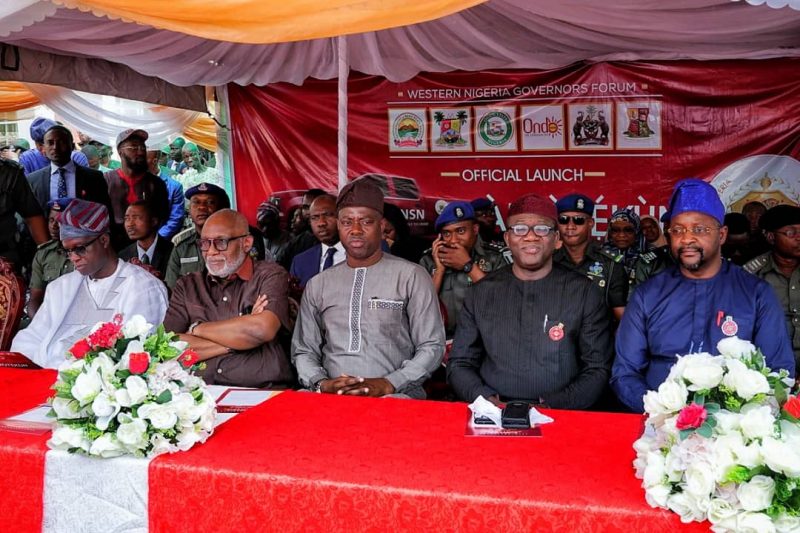 Southwest governors at the launch of Operation Amotekun in Ibadan. Image from Ekiti Government Website

Amotekun, an initiative of six southwest states, is being interpreted as a militia of the Yorùbá nation.

On the contrary, I read the letter Gani Adams addressed to the AGF [Attorney-General] and even though I am not Yòrúbà, I am very proud of his boldness on an issue that not only smacks of ethnic bias and intimidation, but more importantly, affects the lives of his people.

Chief Ige recalled in his public letter that “even Mrs. Funke Olakunrin, the daughter of Yorùbá leader, Pa Reuben Fasoranti, was killed and nobody has been arrested in respect of all these killings.” Fasoranti was one of the founding fathers of Afenifere, a Yorùbá socio-political organisation.

In July 2019, Olakunrin was attacked and “killed by Fulani herdsmen who emerged from the bush, shot her and killed her in the process,” according to Premium Times based on an eyewitness report.

Within southwestern Nigeria, statements like this are politically charged.

According to Simon Kolawole, editor of Nigeria's ThisDay, there is a strong belief that “the Fulani have an agenda to take over the country. The criminal activities of the herdsmen are interpreted within that context.” Kolawole further asserts: “There are, thus, those who think the Yorùbá must push back. To them, Amotekun represents the counterforce.”

The desertification in northern Nigeria caused a southward migration of Fulani cattle herders to the south. There have been increased tensions between herders and communities in the south as a result, leading to violent conflicts and the deaths of about 4,000 people from 2015 to late 2018, according to Amnesty International.

For others, the federal government is being hypocritical, condemning Amotekun while turning a blind eye on the Sharia (Hisbah Corps) police active in some parts of northern Nigeria.

Sharia Police is legal but Amotekun is illegal.

Some Nigerians are more equal than the others. https://t.co/Ruv8OVpnmq

The Hisbah Corps is a police force that enforces Sharia (Islamic law) by arbitrating disputes, chastising violators and maintaining public order. Like Amotekun, the Hisbah Corps neither carry arms nor execute arrests, but alerts the police on perceived violations. Human Rights Watch compared “the role of the Hisbah to that of vigilante groups,” self-help groups that provide security within local communities in other parts of Nigeria.

Naturally, Amotekun has draw both commendation and condemnation from other ethnic-based organisations in Nigeria.

Miyetti Allah Cattle Breeders Association of Nigeria (a partisan group promoting the welfare of Fulani pastoralists in Nigeria), speaking through Miyetti representative, Saleh Alhassan, described “Amotekun, the Yoruba tribal militia” as a “threat to democracy” and a “monster” which should be tamed.

On the other hand, Ohanaeze Ndigbo, the apex Igbo socio-cultural organisation, praised the southwest governors for birthing Amotekun. Chief Nnia Nwodo, president of Ohanaeze, noted that “nobody needs to tell any Nigerian today that your security is in your own hands.”

This is brilliant. The FG [federal government] should tread carefully; it seems States are waking up to the reality that they can use state-level legislation to partially implement the restructuring Buhari promised Nigerians. https://t.co/xCqQRslGlm

Beyond the ethnic fireworks surrounding this regional security outfit, a decision by the court on Amotekun will be interesting.

The limits and powers of the independent tiers of government within Nigeria's presidential democracy has remained a contentious topic. Many have called for “restructuring,” which means strengthening state and municipal governments.

Nigeria's constitution endows so many powers at the centre to the detriment of other tiers of government.

On January 23, Vice President Yemi Osinbajo held a meeting with the governors of the southwest, the justice minister and the police chief “over the controversy surrounding the Amotekun Initiative.”

Fruitful and unanimous resolutions
were made on the way forward in a meeting today with South West Governors, the Attorney General
of the Federation and the Inspector General of Police over the controversy surrounding the Amotekun Initiative. pic.twitter.com/Qn5t9r2HeJ

They agreed that “the structure of Amotekun should also align with the community policing strategy of the federal government,” according to a tweet from the vice president's Twitter handle.