Media groups believe arrest due to work with indigenous farmers 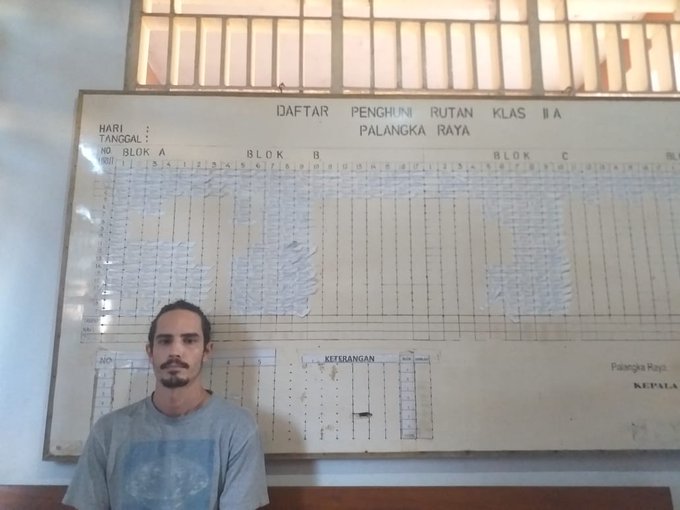 Philip Jacobson, editor of conservation and environmental science news platform Mongabay, was arrested in Indonesia on 21 January 2020 for an alleged visa violation.

However, human rights and media groups believe his arrest is related to his work with indigenous farmers that are petitioning the government to probe a number of plantation companies for their role in causing forest fires in Borneo.

On 16 December 2019, Jacobson attended a meeting between the Legislative Council of Central Kalimantan province and a chapter of the Indigenous Peoples Alliance of the Archipelago (AMAN), Indonesia’s largest indigenous rights advocacy group. The meeting was about a criminal case involving indigenous farmers and a corporation.

Jacobson was detained by the police the following day, his passport was confiscated, and he was told not to leave while his case is being investigated. He was formally arrested and charged for a visa violation on 21 January. If found guilty, he faces a prison term of up to five years.

Mongabay founder and CEO Rhett A. Butler is surprised why a punitive action was imposed on a supposedly administrative matter:

We are supporting Philip in this on-going case and making every effort to comply with Indonesia’s immigration authorities. I am surprised that immigration officials have taken such punitive action against Philip for what is an administrative matter.

The Jakarta Foreign Correspondents Club said that Jacobson’s presence in a local meeting should not be considered a visa violation:

While we of course urge all foreign journalists visiting Indonesia to ensure they follow immigration rules, if a journalist is simply attending meetings or happens to be present during a news event this should not be cause for punitive action or detention.

The Alliance of Independent Journalists (AJI) suspects that Jacobson’s previous work documenting the struggle of indigenous farmers could be the reason why authorities used excessive action against him:

What the immigration office did showcases Indonesia’s reputation in a bad light abroad. Especially after treating a journalist excessively like this over administrative issues.

Mongabay has helped raised our Indigenous “voice’ in Indonesia and throughout the world. In Indonesia, Mongabay is very consistent in uncovering corporate crimes including corruption regarding forest licenses, forest, and land burning by corporations. We presume that the arrest of Jacobson is related to Mongabay reporting on cases of environmental crime and criminalization of Indigenous Peoples.

Ranu Welum Foundation provides more context regarding the struggle of indigenous farmers in Kalimantan. Since September 2019, farmers have petitioned the government to stop blaming indigenous practices for forest fires in Borneo. Instead, they urged authorities to probe the destructive operations of palm oil plantations.

Let’s unite to make sure the authorities do what is necessary and not act in opposite. This way the issue of Indigenous Peoples Rights in Indonesia, especially Kalimantan, will be heard, and also to help Philip Jacobson released.