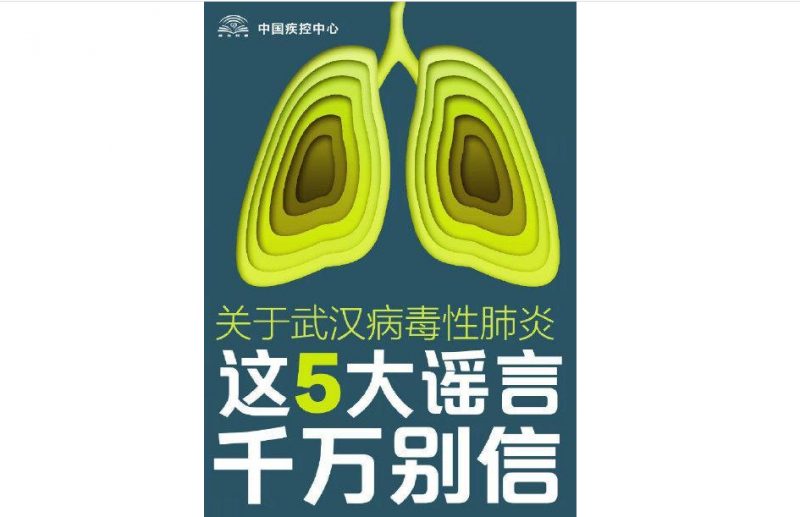 Chinese Center for Disease Control and Prevention stressed with an infographic that the new virus is not SARS. Screen capture.

As over 400 million Chinese citizens gear up for Lunar New Year on January 24, one of the largest seasonal migrations in the world, initial rumors of a new form of coronavirus are being confirmed globally and, albeit reluctantly, by Beijing.

Since mid-January, rumors have been circulating in China about the outbreak of a virus which was initially reported in the central city of Wuhan. Until very recently, Chinese social media did not mention the virus (popularly known as the Wuhan coronavirus) given the central government's strict laws governing the spread of ‘fake news’.

However, as millions of travellers prepare to visit their families all across China for the holiday, concerns about its spread are rising after the number of confirmed cases tripled to more than 200.

The Wuhan coronavirus is a new virus strain that can cause pneumonia and eventually lead to lung failure. The first case was reported on 8 December 2020; however, an official document issued by Wuhan Health authorities about the mysterious virus only started circulating online on 30 December. On 31 December, the National Health Commission of the People's Republic of China traveled to Wuhan to investigate the situation. Only then were Chinese news outlets given permission to cover the Wuhan outbreak.

In late December, the authorities reported 27 cases, out of which 7 patients were in serious condition. The majority of the 27 reported patients who were infected in December had worked at the Wuhan Huanan fresh food market which sells wild animals. The market was eventually shut down on 1 January. In addition, on 31 December, Wuhan health authorities said they had not yet recorded any human-to-human transmission cases.

As the origin of the virus most likely originates from wild animals, and because of this, some netizens have associated it with the 2003 SARS outbreak that claimed 774 lives in 37 countries. Other ‘rumors’ also emerged online that the Wuhan health authorities did not segregate patients with minor symptoms, and that there were human-to-human transmission cases as a result of this.

The Chinese authorities initiated an online crackdown on what was viewed as ‘troublemaking’ rumours. At least 8 netizens were called in by Wuhan police authorities on 1 January 2020, while many netizens saw their account suspended for ‘spreading rumors’.

Many netizens were outraged by what was seen as a cover-up by the authorities:

On 7 January, medical experts confirmed the Wuhan pneumonia is caused by a new coronavirus which had previously never been found in a human body. According to a group of Chinese scientists, the virus is, in fact, more closely related to strains collected from bats than to SARS or MERS.

On 9 January, the virus took one life in Wuhan. On 13 January, Japan and Thailand confirmed cases of infected patients coming from China.

But it seems the Chinese Health Authorities continue to prioritize panic control over the spread of the disease. On 18 January, in an infographic published by the Chinese Center for Disease Control and Prevention, the government stressed that the new virus is not SARS and has “limited human-to-human transmission”.

Chinese netizens have reported feeling pressure against drawing attention to any new cases on social media. A netizen spoke about being labelled by bots and online patriots on the Chinese social media platform Weibo after mentioning his concerns about the situation on this timeline.

On 19 January, another ‘rumor’ stated that medical workers from a hospital in Guangzhou, a southern coastal province, had been contaminated with the Wuhan coronavirus, yet the hospital denounced the rumor on its website. Chinese Communist Party mouthpiece Global Times also confirmed it to be a mere rumour.

On 20 January, China Central Television interviewed Dr. Zhong Nanshan, a prominent Chinese pulmonologist who discovered the SARS coronavirus in 2003, who confirmed that there were 14 media workers affected by the virus in Wuhan, with one in critical condition.

The Wuhan virus has become a major hot topic on various social media platforms. Finally, the Chinese public has been given the right to express their justified concerns about the new virus.