If sexual harassment is nothing new, what has changed?

A graduation ceremony in a private university in Nigeria. Photo by Rajmund Dabrowski/ANN via Flickr, June 7, 2009, CC BY-NC-ND 2.0.

The #SexForGrades Twitter hashtag is transforming into a formidable movement against sexual harassment at Nigerian universities.

Sexual harassment at Nigerian universities is nothing new. But in the past two years, at least three high-profile incidences of sex for grades has led to vocal movements online, — and sometimes justice for victims offline.

In 2018, Richard Akindele, a professor of accounting at Obafemi Awolowo University (OAU), Ile-Ife southwestern Nigeria, was sacked after a panel investigation found him guilty of soliciting sex in exchange for good grades to Monica Osagie, a female student.

Akindele was sentenced to two years in prison after a court in Osogbo, Osun State in southwestern Nigeria, proclaimed him guilty of the offense.

A professor at the University of Lagos, Boniface Igbeneghu, was exposed in the documentary making demands for sex with an underage undercover journalist seeking admission to the university. Igbeneghu has since been fired by the university and denounced by his church where he was a pastor.

‘When are you going to be with me?’ 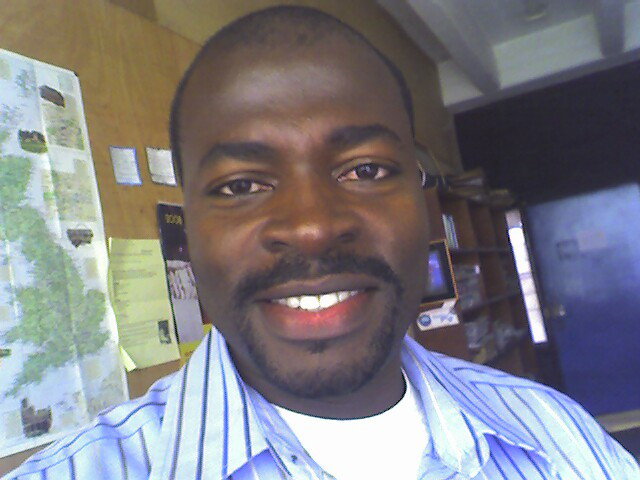 In late 2019, Motunrayo Afolayan, a final year student in the department of international relations at Obafemi Awolowo University (OAU), Ile-Ife, in southwestern Nigeria, accused administrator Olabisi Olaleye of demanding sex in exchange for passing his course.

Nigerian online newspaper Premium Times reported on January 15, 2020, that Afolayan lodged a formal complaint at OAU's Centre for Gender and Social Policy Studies, in which she alleged that Olaleye failed her in a diplomacy course for refusing to “sleep with him“:

Afolayan first took IRS 305 during the 2017/2018 academic calendar while in 300 Level but was allegedly failed because she refused to sleep with the lecturer. During the next academic year, the 2018/2019 academic session, the student registered again for the course but received repeated threats from the lecturer that “she would fail again and again if she refuses to sleep with him.”

Afolayan submitted an audio recording to the panel set up by the university to investigate her allegations against the professor.

The said tape was shared by a Oau_Brezzident on Twitter:

Another sex for marks idiot that calls himself a lecturer in #Oau We need to make all of them scape goats. Please retweet with the hashtag#Oautakebisiout pic.twitter.com/xNkcypL6bC

The conversation between Olaleye and Afolayan in the Yoruba language loosely translates as follows:

Olaleye: Hug me [while allegedly fondling Afolayan]. Are you using an iPhone?

Afolayan: No, it’s not an iPhone.

Olaleye: Where are you getting money from? Is your dad rich?

Olaleye: You are just enjoying the money alone. Your child will do the same for you, too. … You don’t want to drop it now? [a euphemism meaning “to have sex.”] Didn’t you promise me that you will be with me when you’re done…? [“be with me” is another euphemism for sex.]

Afolayan: I only came to greet you.

Olaleye: How can you only come to greet me?

The OAU panel investigating the allegation is yet to conclude and submit its findings. However, university authorities, establishing a prima facie case, have placed Olaleye “on half salary pending the submission of the report of the panel.”

The aspiring doctoral candidate allegedly had other victims besides Afolayan. OAU students have been sharing their experiences with the Twitter hashtag #OAUTakeBisiOut, currently trending.

Akerele Isaac, former OAU student union president and another netizen, XLNT, both shared screenshots of a WhatsApp chat in which Olaleye was demanding sex from students:

If this can be said by a lecturer who is supposed to be a mentor, then he should be sent to JAIL and learn more in PRISON.
NO MERCY!!! @OgbeniDipo @segalink @insideOAU @OAUtrends @instablog9ja @OoniAdimulaIfe@ProfOsinbajo #OAUTakeBisiOut#OAUTakeBisiOut #OAUTakeBisiOut pic.twitter.com/l58JL4HmcS

Shame!
Inside a great citadel of learning
A lecturer asking for nudes of a student
As insane and immoral the act is, it's also a disgrace to the institution#OAUTakeBisiOut
Our ladies need to be free of this predator#OAUTakeBisiOut
The school is meant for learning and culture pic.twitter.com/osAGutoDGS

Twitter user “Mr. Lola” alleged that Olaleye, who supervised his thesis, made his life hell because he refused to “get him a lady to sleep with”:

I wasn't going to leave OAU if I did not get him a lady to sleep with. He meant it!!! For more than six months I finished my project he refused to read it. There was many days I spent in front of his office. He simply ignored me. Now here are a few things he did to me personally

That predatory Nigerian lecturers misuse their position of power to demand sex from their students is neither new nor news.

A 2011 study conducted by Eme T. Owoaje and Omolara Olusola-Taiwo, scholars from the University of Ibadan, showed that 69.8 percent of female students surveyed had been sexually harassed by male classmates and lecturers in several tertiary institutions in Nigeria.

The study also discovered that of these, 48.2 percent experienced physical sexual harassment, while 32.2 percent had requests to do something sexual in exchange for academic favours.

Another study confirmed that “the range of sexual harassment,” — going by the reported cases — is sadly pervasive in Nigerian universities. However, this is not only limited to public universities.

Omonijo and three other researchers, in 2013, investigated sexual harassment of female students in three faith-based private universities in Ogun State, southwest Nigeria. They discovered that although most female students were sexually assaulted on campus, many did not report it to authorities.

If sexual badgering is not new, then what has changed?

Nigerian women have become ferociously vocal and this has crystallized into a domino effect with extraordinary on- and offline impact.