Nigeria is the 14th most fragile state in the world 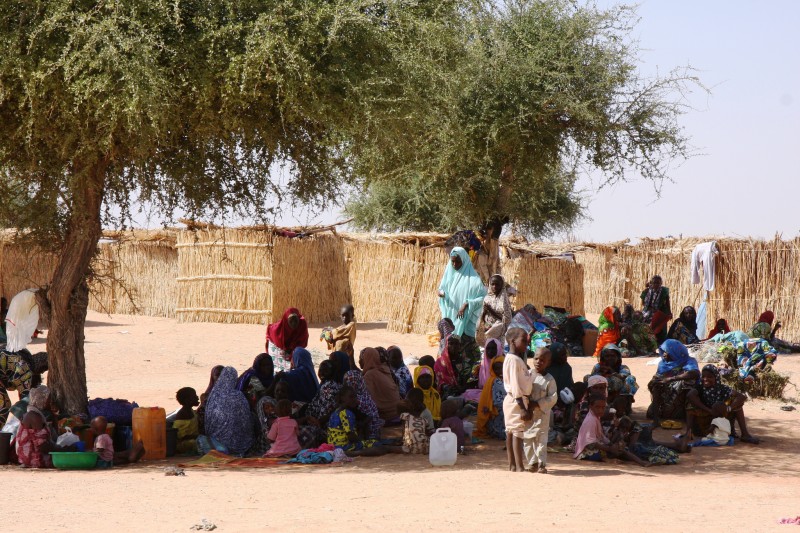 The 2019 Fragile States Index ranked Nigeria as the 14th most fragile state in the world and the ninth in Africa.

According to the Index, Yemen is the “most failed” state, followed closely by Somalia, while Finland emerged the most sustainable state on Earth.

The Fragile States Index, a yearly report by Washington, DC-based think tank Fund for Peace, ranks 178 countries “across 12 indicators of the risks and vulnerabilities faced by individual nations.”

Some of the risk indicators include security, group grievances, economic decline and brain drain, state legitimacy/human rights and rule of law, demographic pressures, and internally displaced persons or refugees. These indicators assessed: “the vulnerability of states to collapse” by measuring “vulnerability in pre-conflict, active conflict and post-conflict situations.”

In angst, Nigerians have taken to Twitter to air their views on the failing status of the nation:

Nigeria is a failed state!

Failed is even an understatement

#Nigerians, you hate to see this, but you need to watch this! pic.twitter.com/Nmzma57qlS

The 1999 Nigerian constitution states that “the security and welfare of the people shall be the primary purpose of government.” However, the loss of life and livelihood continues to afflict Nigeria with a state of insecurity.

Read more: Why Hasn't the Baga massacre made as many headlines as the Charlie Hebdo attack?

Since 2011, attacks by Boko Haram, the Islamist jihadist militancy in northeast Nigeria, has led to about 37,500 deaths, 2.5 million displaced people and nearly 244,000 Nigerian refuges, according to the Council of Foreign Relations’ 2020 Global Conflict Tracker.

Nigerian scholars Edidiong Oko, Henry Ufomba, and Washington Benjamin, from the University of Benue, northcentral Nigeria, analysed the Boko Haram violence in northern Nigeria from an “analytical lens of state failure.” The academics stated that the operational success of Boko Haram rests squarely on the “continuing inability of the Nigerian state” to provide adequate security that ensures “national prosperity.”

In December 2015, President Muhammadu Buhari said that Nigeria has “technically won the war” against Boko Haram militants, according to the BBC. But on January 20, Nigerian soldiers were killed by the Boko Haram militants in Monguno, Borno state, northeast Nigeria.

In addition to threats directly from Boko Haram, abductions and kidnapping in Nigeria have also become the norm.

Read more: Apprehension rises over the abduction of a Nigerian government critic 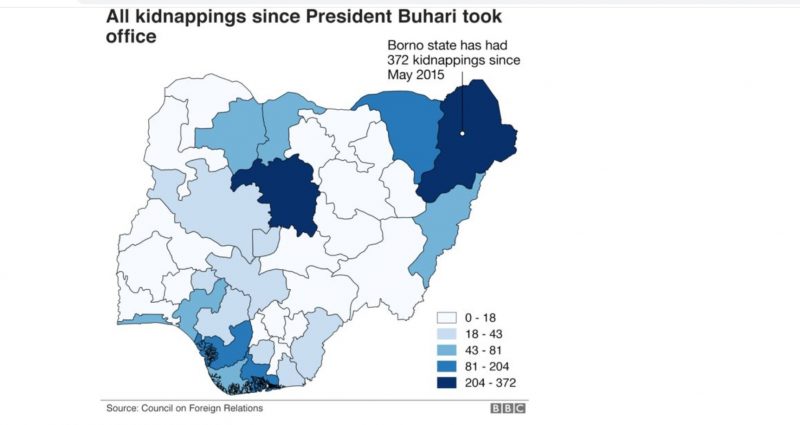 Kidnapping in Nigeria since 2015 (Screenshot from the BBC)

Chief Jide Awe, a politician in an interview published in the Vanguard newspaper on January 18, 2020, throws a scathing light on Nigeria's designation as a failed state. Awe echoed the frustrations of residents of southwestern Nigeria over the failing security infrastructure:

I had been a victim of kidnapping because my brother was abducted by strange people here in Ekiti. We had to look for the money we didn’t have to pay ransom before he was released. Should we fold our arms and allow this to continue? They want to be kidnapping us so that we can be paying ransom to them, this will not happen.

Human rights and freedom of expression

In 2019, the failure of the Nigerian government to provide adequate employment and security for citizens unleashed condemnation by Nigerians online.

If that was not enough, the government initiated a social media bill in the National Assembly:

The proposed legislation — officially named the Protection from Internet Falsehood and Manipulation Bill 2019 — would allow Nigeria's government to cut off internet access or block specific social media platforms such as WhatsApp, Facebook and Twitter at its own discretion.

The bill is aimed at gagging freedom of speech online.

As expected, Nigerians came out en masse to resist it:

“I will not support the suppression of the most potent tool for citizen engagement in the 21st century through a misguided Social Media Bill.” https://t.co/58KNWgGiw9 #SayNoToSocialMediaBill #SocialMediaBill #TundeBakare #Nigeria

If the Social Media Bill is passed into law, it will not just affect journalists. The tech community will suffer. This specific provision ? means young entrepreneurs who register or host websites for news platforms are at great risk. #SayNoToSocialMediaBill pic.twitter.com/AKjj31SKks

Nigeria, with an estimated population of 200 million and a gross domestic product of $376.284 billion United States dollars, is the largest economy in Africa. This means that this West African country cannot afford to succumb to insecurity because it will reverberate across the continent.