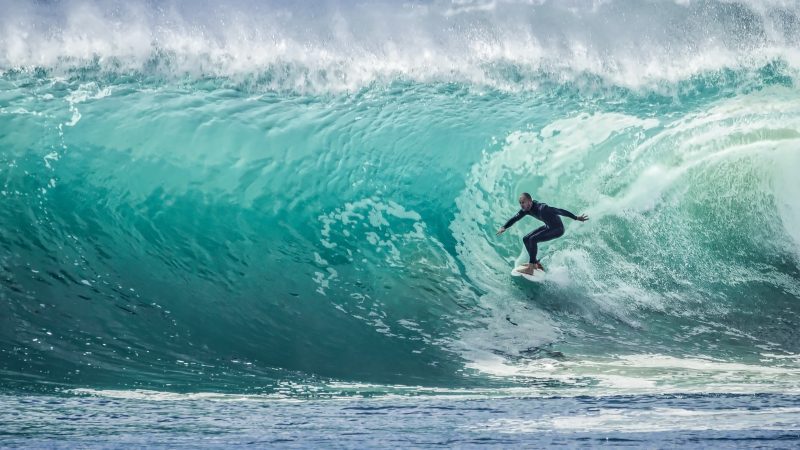 El Salvador beat Costa Rica, Spain, New Zealand, and Japan to host the 2020 International Surfing Association (ISA) World Surfing Games, an Olympic-qualifier surfing competition. From May 9 to 17, 2020, surfers from all over the world will compete on El Salvador’s beaches to win the right to compete at the sport's Olympic debut in Tokyo, Japan, this summer.

On top of putting El Salvador on the map for surfers worldwide, the news comes at a time when President Nayib Bukele‘s government is attempting to improve the country's image abroad. International news coverage of El Salvador often focuses on gang violence and forced migration; it was also once called “a shithole” by U.S. President Donald Trump. For several years El Salvador has had one of the highest murder rates in the world without being a country openly at war.

Making El Salvador's high waves world-famous was a major campaign promise by Bukele, who welcomed ISA's choice and shared it widely on Twitter, his favorite communication tool. His government's flagship program “Surf City” hopes to attract tourism and investment to the country's coasts.

Bukele, who took office in June 2019, is seen as a young, digitally savvy and entrepreneurial president who has pledged to fight corruption and crime. According to the latest opinion polls, he retains a 91-percent approval rating, which makes him the most popular president in Latin America.

His popularity may, on some level, be linked to his proclivity to target unconventional pathways for promotion. In July 2019, for example, Bukele publicly spurred his government to buy a MacBook Pro for the Nomadic Movement travel vloggers, who had been stolen during their trip to El Salvador.

So far, the government's efforts seem to be working. Last year, foreign tourists spent 15 percent more in the country than in the previous year.

But this relentless push for tourism dollars worries some families, who fear displacement by businesses. Booking a beach hotel for one night, for example, can cost more than half of El Salvador's minimum wage, which is now between 113 and 242 US dollars per month, depending on the sector. A few beach hotels in El Salvador also own private beaches, making it harder for the local population to enjoy them.

In October 2019, more than 300 riot police officers and soldiers tried to drive out at least 20 families from the Island Tasajera under a court order. A businessman has plans to build a hotel in the land that is, reportedly, the property of the Salvadoran state. The community, who claims to have lived in the area for over 30 years, has managed to challenge the order and the process is now frozen. What shocked the islanders was the “excessive use of police force,” according to local media La Prensa Gráfica.

Twitter user Carlos Ramos, who shared DW's investigation, mocked Bukele's supporters by a tongue-in-cheek imitation of what is usually perceived to be their common characteristics: unwavering loyalty, lack of trust in the media, and poor spelling:

Theze pamphlets don't kno wat to say becauze they're angri that the number of deathz is lowering n dat people are happy with Surf City
Pay your taxes n stop bothering my Prezident. 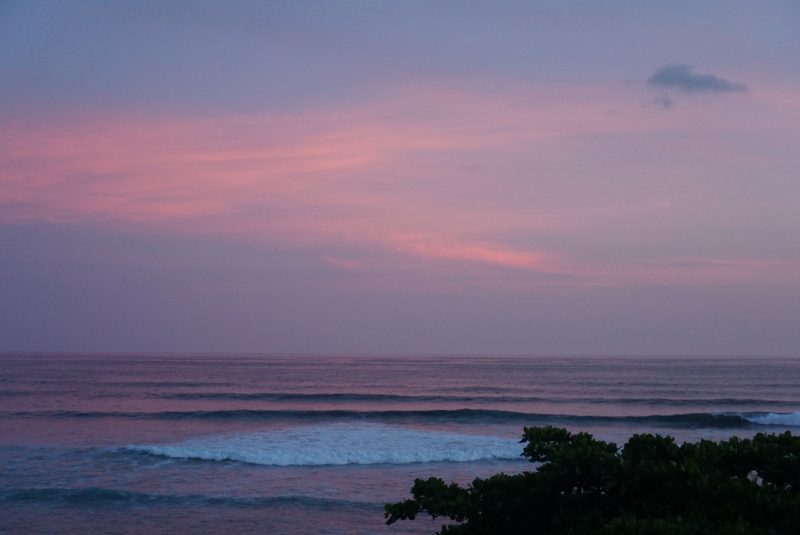 Beach El Sunzal, El Salvador, which will host the surf competition in May 2020. Photo credit: Melissa Vida, used with permission.

Some Salvadorans reacted negatively to the news that El Salvador will be hosting the World Surfing Games. For them, the government's focus on the event masks the country's daily struggles with inequality and violence.

The founder of the NGO for youth Líderes Solidarios, Moisés Rivera imitated those who reacted cheerfully to the news, comparing it to other seemingly trivial coverage of El Salvador. The memes he shared are often used by Salvadorans who are doubtful of the authenticity of the country's progress:

It brings so much happiness that El Salvador will host a surf championship; this happiness can only be compared when Andy came back from the Rose Parade ?
Another moment like this will never repeat itself ?

On January 1, 2020, Nayib Bukele publicly decided to stop funding the musical band “El Salvador, grande como su gente,” after the news of a young musician, Andy Lovos, was excluded from the band right before the L.A. Rose Parade.

Others juxtaposed the news with more somber reports of murders in the country. While El Salvador's overall homicide rate declined by roughly 40 percent in 2019, murder rates spiked in the same week that the surfing competition was announced. The local press attributed the increase in violence to the activities of gang members. Extortion is also on the rise in El Salvador.

As an example, Twitter user El Diablillo shared news about a young man who was found dead after he'd gone missing:

While the government celebrates the surf championship in #ElSalvador #SurfCity
We Salvadorans mourn the violent death of our brothers.

Meanwhile, other social media users reacted positively to the news, with some tweets expressing excitement over the opportunity to redefine the face of the country, or conveying a sense of pride for being Salvadoran:

This is really good news (winning over ??, ?? ?? and ?? to become the headquarters wasn't easy!)
This is an opportunity for our country to be known by many for something positive.
It's up to us to be excellent hosts!
Well done @MorenaValdezSV and @nayibbukele

Excellent [news], every day our country is growing worldwide and we will be recognized as entrepreneurs dedicated to our work and above all, that [we are] a country where people can come visit. Thank you uncle President @nayibbukele for making [El Salvador] a better country.

As El Salvador's hosting of the upcoming surfing competitions will draw the world's attention to its beaches and waves, it remains to be seen whether it will obscure or put a spotlight on the country's struggles with peace and development.