Some argue that the money could be spent elsewhere 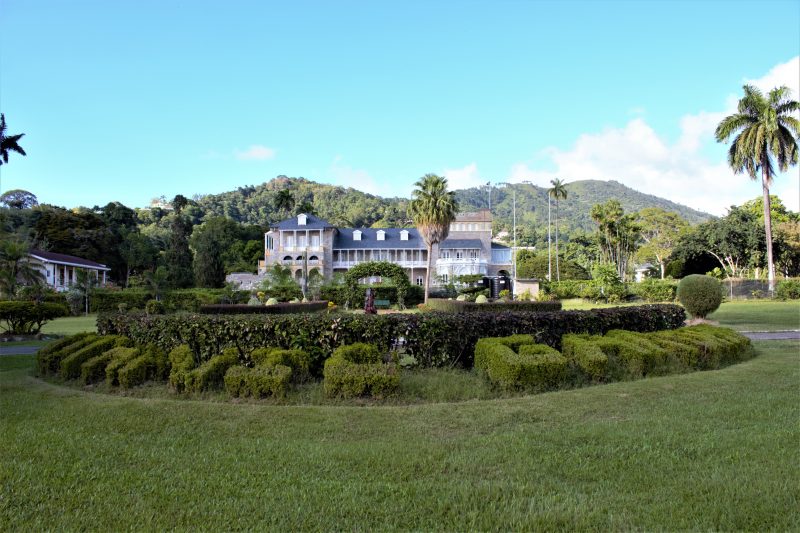 Several of Trinidad and Tobago's heritage sites have, in recent years, been in dire need of restoration, but the recent revival of these national buildings has been met with both praise and criticism.

The rehabilitation of the Red House (the traditional seat of the country's parliament), for example, and Mille Fleurs (one in the row of Magnificent Seven buildings bordering Port of Spain's Queen's Park Savannah), have taken years to complete, with works to the Red House having the longest time frame — 20 years in the making.

The extended time frame is due, in part, to the massive scope of the projects, and the fact that some sites — Mille Fleurs is a good example — have been neglected to the brink of demolition. The Red House was reportedly in such a poor state that restoration was the only alternative.

Many of the projects remained in the planning stages under various political administrations. It is only within the last four to five years that the necessary funding was committed and work was able to begin.

Some of the sites that have benefitted from this restoration thrust include Killarney (also known as Stollmeyer’s Castle), Whitehall (also called Rosenweg) and the President's House. 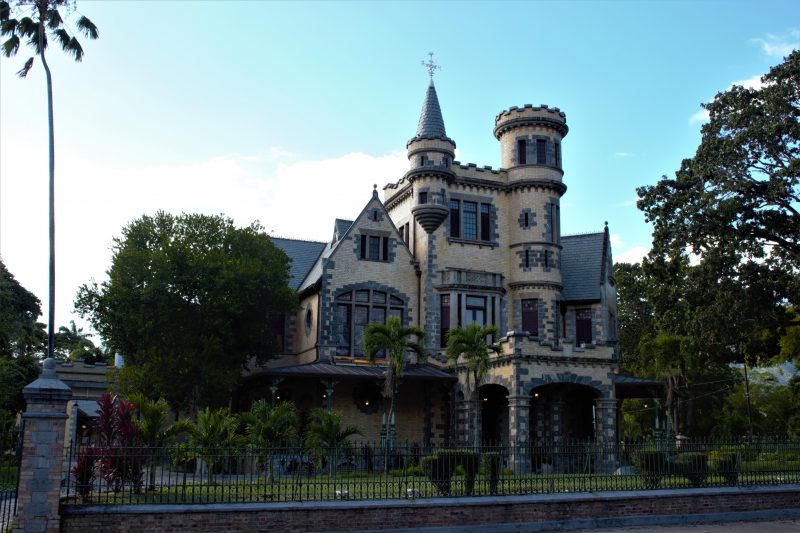 Prior to their restoration, there was a huge push, most notably by The National Trust of Trinidad and Tobago, to get them up to scratch, lobbying both the public and private sector to invest in the stewardship of the country's 43 registered heritage sites.

At a Ministry of Finance function in October 2019, Prime Minister Dr. Keith Rowley told the audience that not only did the buildings need to be saved because of their relevance to the country's history, but that the construction work that was being carried out created employment as well:

If we could not do that [restore the buildings] […] we are not worthy of our independence [from Great Britain].

Trinis:
Travel to the UK, go to Buckingham Palace, pose and take pics to post on social media.

Also Trinis:
Cuss about the cost of restoring historic buildings in Trinidad and Tobago, saying they are a waste of time and money.

I wonder if they know the annual cost of maintaining the two foreign examples I used?[…] the same examples they're happy to pose in front of and profile.

Not everyone agrees with prioritising heritage site restoration, however — especially given the amount of money that has been put out. The refurbishment of Whitehall, for instance, cost a total of $32 million Trinidad and Tobago dollars (about $4,736,000 United States dollars). The tab for President's House came in at $89 million TT (approximately $13,172,000 USD), and the Red House was massively more expensive, coming up to an estimated total of  $441 million TT (about $16,872,000 USD). 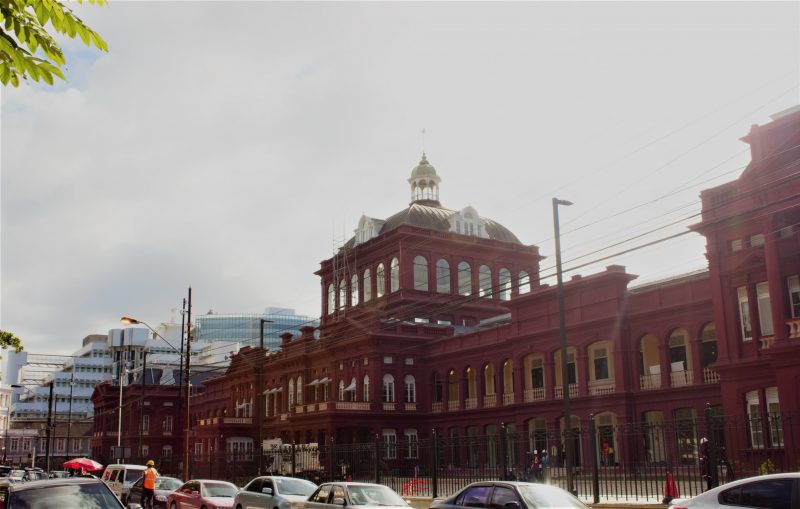 The Red House was traditionally the seat of the country's parliament; parliamentary sessions have had to be relocated for the past few years because of the restoration work. Photo by Jada Steuart, used with permission.

In a letter to the editor of the Trinidad and Tobago Newsday, Gregory Wight suggested that though the buildings are beautiful, perhaps that money could have been put to better use:

I read a quotation recently on third world development which says, ‘All too often development in the Third World means the over-development of objects and the underdevelopment of people.’ Now, that gave me real pause, because what is the value of gleamingly restored historical buildings when many of our young citizens feel so left behind that they would rather burn these buildings down than treasure them?

Some netizens share his view that the money might have been better spent in hospitals, schools and much-needed social programmes. The government maintains, however, that the restoration of these buildings is of both cultural and economic importance.

Money spent on these projects could have probably been pumped into healthcare, education, and infrastructure. The difference is, however, that taking care of our heritage sites is not just expenditure. It’s actually an investment in our future.

It also argued that heritage buildings have social value:

Aside from the economic argument, it is also true that these buildings are of intense social importance, and that means they should not be lost. To preserve our history is not to suggest a wish to return to the old days of inequity and oppression. It is, rather, to remind us constantly of where we have come from as well as our own capacity to evolve.

Most of the buildings date back to pre-Independence (Trinidad and Tobago became independent in 1962), and many view them as a reminder of the country's colonization by Great Britain. However, colonial-era architecture is not the only thing that is being restored; other refurbishment projects include the Brian Lara Stadium and two local hospitals. 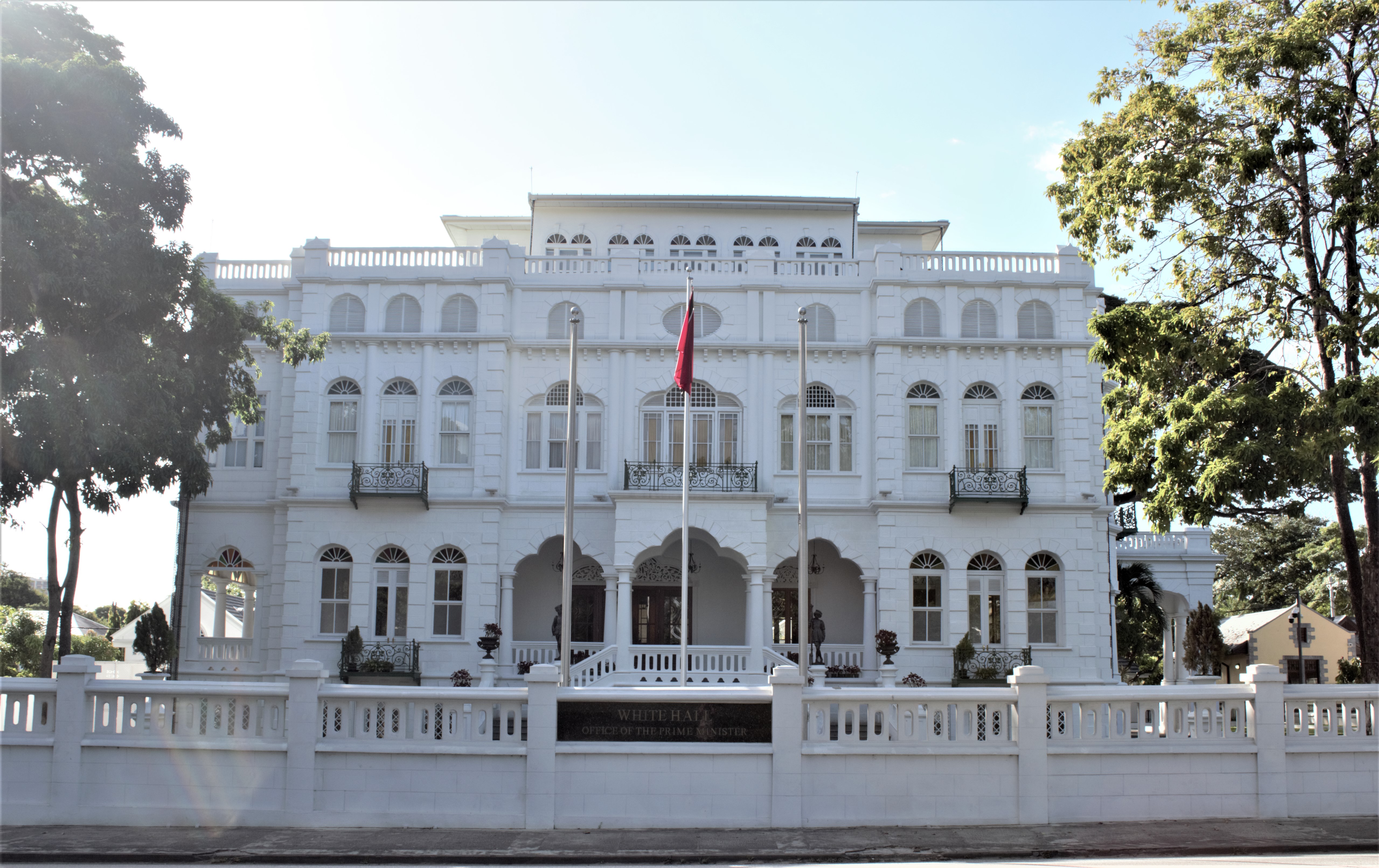 The Whitehall is the official office of the country's Prime Minister. Photo by Jada Steuart, used with permission

Global Voices could not confirm access to tours of completed buildings by the time of publication. Whitehall, for instance, has traditionally been used as the Office of the Prime Minister, so there are security restrictions. While Killarney has hosted several exhibits that have been open to the public, interior work is ongoing at the Red House and Mille Fleurs, so no official statements have yet been made about if and when they will be open to the public.