Cité Soleil is transforming its image of urban despair 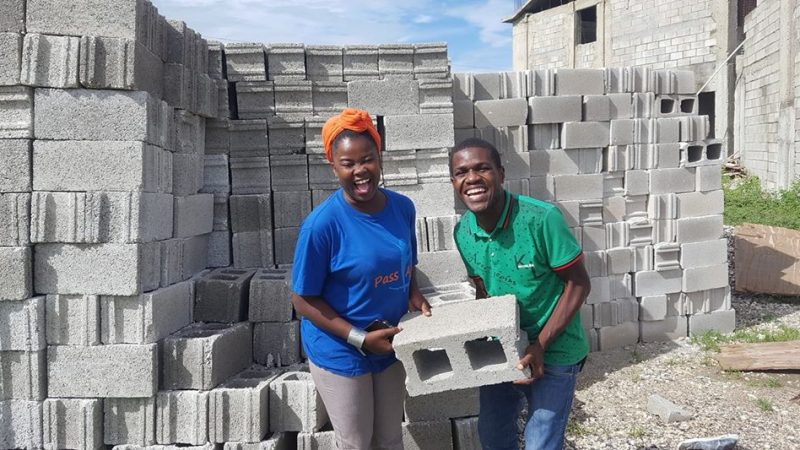 Community members in Cité Soleil in Port-au-Prince, Haiti, are building a community library brick by brick, dollar by dollar, transforming the chaos narrative in this impoverished area. Photo courtesy of Konbit Bibliyotèk Site Solèy via Facebook.

Cité Soleil, an impoverished area in the Haitian capital, Port-au-Prince, is often associated with urban despair, poverty, lawlessness and chaos.

Known as Site Solèy in Haitian Creole, the sprawling area has epitomized the ills that have plagued Haiti as a whole over the past three decades: illiteracy, joblessness, decaying infrastructure, poor sanitation, dysfunctional politics and gang violence.

Following the devastating earthquake of 2010, a generation of young activists, mostly born in Cité Soleil, started a social movement to challenge these tired narratives of defeat and chaos.

Their group, Konbit Soley Leve (By Working Together, Soleil Will Rise), aimed to tap into the post-earthquake momentum and the larger national discourse on reconstruction to rebuild and transform Cité Soleil.

This movement led to the formation of Konbit Bibliyotek Site Soley (KBSS), a community library project formed in November 2016. The library is rewriting and rebranding old narratives about Cité Soleil, shifting it from marginalized and volatile to community-driven and vibrant — as a profound example of how Haiti can rebuild itself.

Konbit Soley Leve collaborated with Flanm'Art Club Haiti, a Cité Soleil-based youth-led cultural group who came to Konbit with the hope to make their library dream turn into reality. They “wanted to have a space for young scholars to get together, research, read, write, and discuss books,” according to the library website.

In 2017 — in just seven weeks — a 12-person library coordinating committee collected 500,000 Haitian gourdes (about $5,000 United States dollars) from the community.

They designated Place Fierte, a public park in Cité Soleil, as the ideal project location, and the committee established contacts with the mayor, various parliamentarians, and the Ministry of Homeland Security, who legally authorised the library construction on the designated site.

Cité Soleil-born architect, Jennifer Andou, designed the building in 2017, while Miyamoto Relief, a disaster engineering nonprofit, is supplying the know-how to make the facility earthquake-resilient, while the Digicel Foundation put solar panels in place. There are also accommodations being made to include water harvesting systems.

Geotechsol, a firm specializing in soil evaluation, gave the green light to start the construction of the building complex in 2017 and the library foundation was laid on January 30, 2018. ADCOSA, a construction company, is currently executing the project. 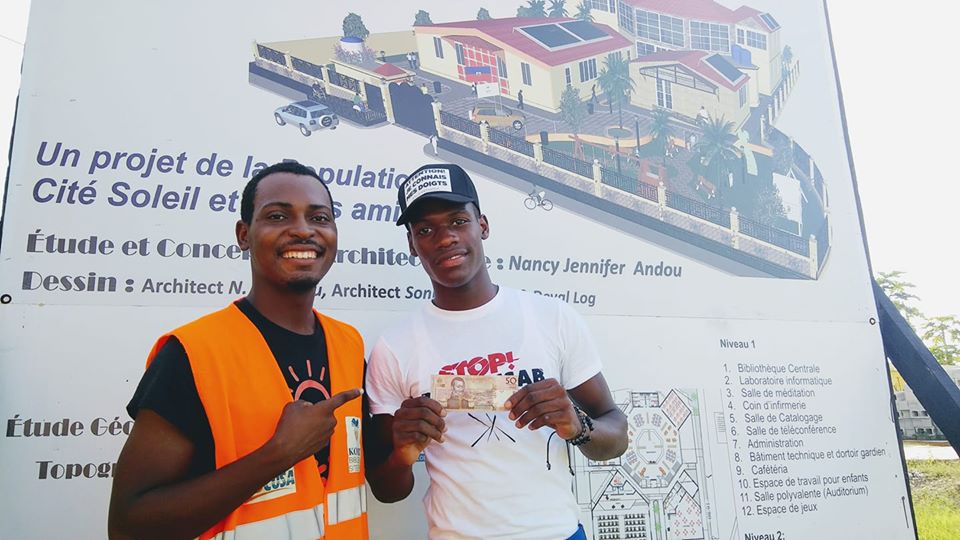 Originally built in the 1950s, the Cité Soleil was named Cité Simone after former president Francois Duvalier's wife. When a mass exodus of Haitians abandoned the countryside and moved to the area in search of better jobs, Cité Simone's low-cost housing could no longer contain the demand. By the 1990s, fewer factory jobs became available and shanty homes began to sprawl everywhere.

The state showed no interest in building infrastructure or providing social services in Cité Soleil. With approximately 500,000 people living in utter socio-economic despair within an eight-square-mile (21 square kilometers) area, Cité Soleil has degenerated into fertile ground for political violence and gang warfare.

In 2004, following president Jean-Bertrand Aristide's departure, the state, with the support of United Nations peacekeeping forces, tried to affront the gangs, which resulted in many civilian deaths. The number of deaths was never confirmed, but it is reported that during a 7-hour operation in Cité Soleil in July 2005, UN forces spent 22,000 bullets.

Nearly two decades later, Cité Soleil is still synonymous with crime and violence in Haitians’ collective psyche — an impression that was only solidified by the devastating effects of the 2010 earthquake the country suffered. 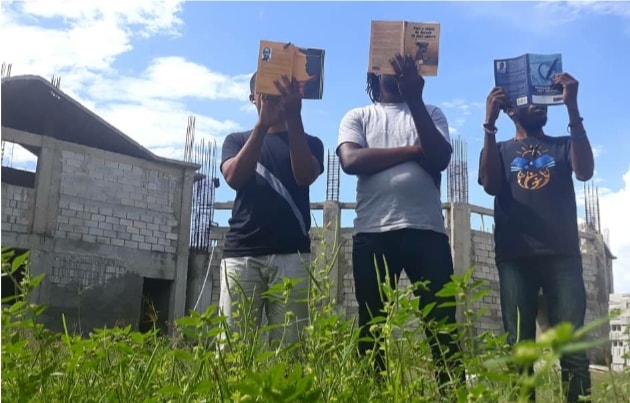 Community members of Cité Soleil pose while reading books in front of the construction site where their community-driven library is under construction. Photo courtesy of Konbit Bibliyotèk Site Solèy via Facebook.

But Konbit Soley Leve projects — like the community library — contributes to a larger discourse around national reconstruction to transform the all-too-common perceptions about the area.

In a telephone interview, Louino Robillard, a founding member Konbit Soley Leve and lead library project coordinator, told Global Voices that post-earthquake aid in the area was not sensitive to conflict or development challenges.

Cash-for-work initiatives and other lucrative projects were controlled by gang leaders. Activists and other development agents in the community were excluded. In the end, those projects contributed to even more violence and despair.

In 2014, tired of this vicious cycle, Robillard and fellow activists launched the Site Solèy Peace Prize, “an annual initiative to honor ordinary young people that are doing extraordinary things to make life better for the neighborhoods in Cité Soleil,” according to Robillard.

The library project came as a surprise to Robillard, mainly because meeting immediate, basic needs — such as food and shelter — has been such a daunting challenge in Citè Soleil.

But KBSS library thrives because it is the antithesis of most development projects in Haiti, which are often marred by corruption and a lack of transparency. For one, the funding model is different, with 80 percent of the resources and money provided directly by the community.

Robillard said the goal is to have 10,000 people donating to the project, with the underlying message being that if 10,000 people can join hands to build a sustainable, state-of-the-art, disaster-proof library in Cité Soleil, 11 million people can come together to rebuild a nation.

In June 2019, KBSS invited prominent Haitian-born novelist Dany Laferrière to visit and lay a brick during its construction. Laferriere is the author of “Tout bouge autour de moi,” or “Everything is moving around me,” written in the aftermath of the earthquake. His visit signaled the library's commitment to engage Haiti and the rest of the world as a place of hope, creativity and development:

Despite support from Miyamoto Relief and private companies such as CEMEX, E-Power or SOGENER, KBSS intends to remain a community-driven project.

Haitians all over Haiti and throughout the diaspora — as well as non-Haitians — are embracing the project and want to support the people of Cité Soleil to achieve their dream of building the largest modern library in Haiti.

More than that, though, a decade after the earthquake, KBSS wants to be seen as an alternative model of reconstruction, development and sustainability in Haiti, doing its part to rebuild an important discourse that never really took shape.