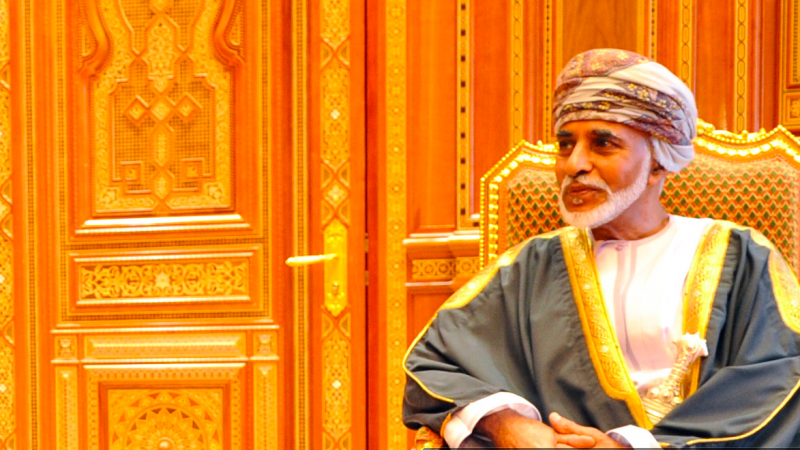 Sultan Qaboos bin Said of Oman, the world's longest-ruling king who reigned for 50 years, died on January 10, 2020, at the age of 79. His death was announced by the Royal Court of Oman on January 11, with the following message:

“To the people of the beloved homeland in all its districts, to the Arab and Islamic nations and to the world at large. It is with hearts filled with faith in Allah and his Providence, and with great sorrow and deep sadness— yet with complete satisfaction and absolute submission to the will of the Almighty Allah, that the Diwan of Royal Court mourns His Majesty Sultan Qaboos Bin Said, who passed away on Friday, the 14th of Jumada Al-Ula, the 10th of January 2020.”

Oman named Sultan Qaboos’ cousin, Haitham bin Tariq Al Said, as his successor within hours of his death and declared an official three-day period of mourning, with the flag at half-mast for 40 days.

When the news broke, netizens from Zanzibar and the wider East African community poured out condolences for the leader known in some circles as a “quiet diplomat” who modernized Oman and restored and strengthened historical ties with East Africa.

The sultans of Oman ruled over a substantial part of the Swahili Coast along the Indian Ocean from 1689-1856, controlling elaborate trade routes in East Africa, including those for slave labor and cloves. In the mid-1800s, they moved their seat of power from Muscat, Oman, to Stone Town, Zanzibar, and ruled as a constitutional monarchy.

In December 1963, Zanzibar had a brief moment of independence when the British, who had shared power with the sultans as a protectorate (1890-1963), left the islands as a constitutional monarchy under Omani rule. On January 12, 1964, a violent revolution in Zanzibar overthrew the sultanate, ending over two centuries of power in the region.

Zanzibar merged with mainland Tanganyika as the United Republic of Tanzania, led by the first president of Tanzania, Julius Nyerere, and a union government soon formed between mainland Tanzania and Zanzibar, that remains fiercely contested today.

The ousting of Omanis from the islands of Zanzibar in 1964 left a hole in the hearts of many Zanzibaris who have strong familial and historical ties to Oman. To this day, many East Africans share a special connection with Oman, and many Omanis speak fluent Swahili, a Bantu-Arabic language forged through centuries of trade and connection along the Swahili Coast.

Politician Zitto Kabwe, from mainland Tanzania, was one of the first online to share his condolences and recognize Sultan Qaboos’ significance in the region:

My heartfelt condolences to the people of Oman on the death of Sultan Qaboos Bin Said. During his reign Sultan Qaboos strengthened historical relationship between East Africa and Oman, something we hope the new leadership will continue with. Inna Lillah waina ilaih raajiun

Kenya's cabinet secretary in the Ministry of Foreign Affairs, Monica Juma, also shared her condolences on Twitter. She described the kingdom of Oman as “sisterly,” and described Sultan Qaboos, in particular, as an “inspirational, iconic leader”:

1/2..I convey sincere condolences to my brother and Minister Yusuf bin Alawi bin Abdullah & through him the people of the sisterly Kingdom of Oman during this trying period of mourning the passing of His Majesty Sultan Qaboos. His Majesty was an inspirational, iconic leader and..

2/2..an influential peacemaker and statesman that dedicated his life towards serving with distinction in pursuit of peace. May the Almighty God rest his soul in eternal peace and provide the people of the Sultanate of Oman the fortitude to bear this loss.

Kenya mourns death of Sultan Qaboos – one Gulf leader to whom all came for counsel. He kept Oman out of trouble, inoculated his people against violence, extremism that blighted neighbours.

Oman has long history with East Africa. Many in Kenya's Coast trace their family to Oman. https://t.co/rWLgBU1AJR

Just a few weeks before Sultan Qaboos died, residents of Stone Town, Zanzibar, gathered at Jaws Corner, a famous meeting place for coffee and politics, to pray for Sultan Qaboos’ health after news circulated that he was ill.

Journalist Ally Saleh from Zanzibar posted an image of the prayer gathering:

Relation between Zanzibar and Oman is historical and family ties. At Jaws Corner, Malindi Constituency praying for good health for Sultan Qaboos pic.twitter.com/BgkwvhdYUW

After the revolution, Oman remained relatively distanced from Zanzibar, which was closed off to the world under the new, socialist government. In the mid-1980s, as Zanzibar and mainland Tanzania slowly began to open their doors to tourism and trade under subsequent administrations, Oman also continued to modernize under Sultan Qaboos.

For many years, the Omani kingdom has quietly restored these historical ties and bonds with Zanzibar and East Africa, through various charitable initiatives as well as policies geared toward development and transformation:

The Revolutionary Government of Zanzibar has expressed gratitude for the efforts of Oman's leader, Sultan Qaboos Bin Said, in promoting Zanzibar's development and promoting the brotherhood of the two countries.

Omani historian Mohammad al Rahbi, who documents the historical ties between East Africa and Oman, posted this photo of the first president of Tanzania, Julius Nyerere, now deceased, on his first trip to Oman in 1985, during which he met with Sultan Qaboos:

The first trip of the late Teacher Julius Nyerere to Oman was in the year 1985, and also he met with Sultan Qaboos bin Said. #Oman #Tanzania #Zanzibar

In 2011, Oman Air pleased Zanzibaris when it announced that it would restore direct flight routes from Oman to Zanzibar, promising that it would “build stronger business, cultural and touristic ties between the two countries,” according to an Oman Air press release.

In 2017, Sultan Qaboos sent a delegation by ship to East Africa to strengthen cooperation along the Swahili Coast. In Zanzibar, the delegation focused on strengthening tourism, manufacturing, education, investment, and oil and gas, according to a Zanzibar statehouse press statement.

Politician Ismail Jussa, from Zanzibar, posted an image of the grand mosque built by Sultan Qaboos, presented as a gift to the people of Zanzibar, in 2018:

Jami'a Zinjibar, the grand mosque of Zanzibar built by His Majesty Sultan Qaboos bin Said of Oman and presented as a gift to the people of Zanzibar. pic.twitter.com/df6XQOjQOj

Sultan Qaboos also agreed to invest $5,931,770 Omani rial [approximately $15,405,221 United States dollars] to restore Zanzibar's decrepit Beit el-Ajaib, or “House of Wonders” to its former glory as a cultural heritage site, according to the Oman Observer. This grand architectural gem from 1883 — overlooking the Indian Ocean — is where Sultan Qaboos’ forefathers once governed from Stone Town.