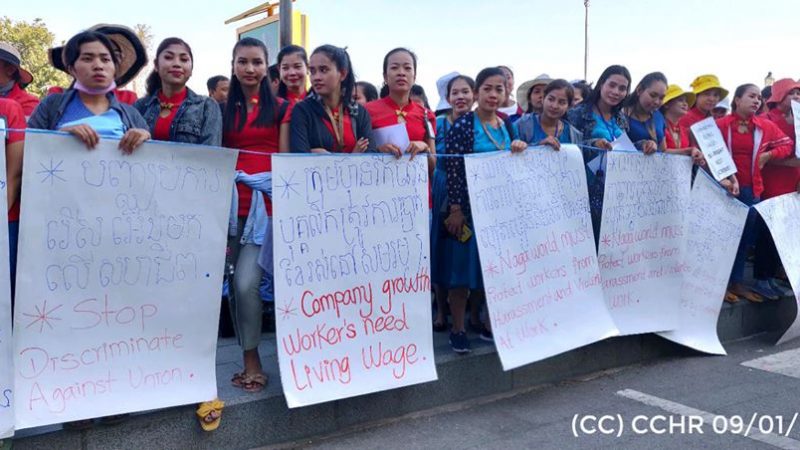 Cambodia registered an unusual victory for labor rights when on January 11, a two-day strike by workers of the country's largest casino company NagaWorld ended peacefully and possibly successfully following the management's decision to raise wages and reinstate the union’s leader.

NagaWorld, owned by Hong Kong company NagaCorp, operates the biggest casino center in Cambodia's capital Phnom Penh. Chinese-owned casinos have boomed in recent years targeting tourists from mainland China, where gambling is officially illegal. This economic development reflects the increasing number of Chinese investments in the country, and the pro-China policy of the current Cambodian government, led by Prime Minister Hun Sen, who has been in power for more than three decades already.

Workers initially demanded a wage increase in September 2019. The management’s response was to suspend Chhim Sithar, the president of the union.

In December, the union voted to hold a strike within one month, and sent notices to the company's management, the police, and the city government.

Despite the legal precautions taken by the union, a Phnom Penh court issued a ruling on 8 January 2020 declaring the planned strike illegal. Reacting to this court order, 23 civil society organizations then signed a statement urging authorities to respect labor rights.

Ignoring the ban, on 9 January, more than 1,000 NagaWorld workers proceeded with their original plan to hold a protest outside the hotel. Several non-union members also walked out of the building to support the striking workers who were demanding adequate wages, better working conditions and a reinstatement of their union's president. Some signs displayed at the protest read: “Stop Exploitation at Nagaworld”, “Stop Discrimination Against Unions” and “Demanding living wages is a right not a crime”.

Naga world casino staff protested this morning to demand the company to allow one of their representative to resumes her work pic.twitter.com/qxEQPMyaAv

Chefs and pit bosses walking out to join striking workers at NagaWorld. Their show of solidarity got a standing ovation from workers, who are continuing to call for reinstatement of suspended union leader Chhim Sithar https://t.co/6WQY9QG621

Strike outside #nagaworld today… Lots of peaceful staff on one side, and a line of rent-a-cops in new uniforms on the other #cambodia pic.twitter.com/asCmCpzAZW

On 10 January, representatives of the NagaWorld management were eventually joined by government officials and entered negotiations with the striking workers. During the dialogue, the management reportedly agreed to raise wages and to reinstate Chhim Sithar. The strike was subsequently concluded and the employees returned to work on 11 January.

The media quoted union officers who claimed that the management agreed to raise workers’ salaries by 18 to 30 percent. According to the same source, workers were getting paid between 150 to 250 US dollars a month before the strike. Minimum wages in Cambodia vary between 130 to 150 US dollars.

The news of the success of the strike have been celebrated by labor advocates, since it is rare that a major labor protest would be peacefully settled in Cambodia. For example, a 2014 strike by garment workers was violently dispersed by the police.

But apparently, the company has not said its last word: in a statement issued by NagaWorld on 10 January, while it assured its shareholders that “all business operations of the Group remain normal and the Board expects that the above matter [the strike] has had no negative impact on the business operations of the Group.”, it also described the strike as an “illegal gathering” of 500 to 700 employees and failed to mention any agreement on wage hike proposal.

At this point, it thus remains uncertain whether workers could still face sanctions for breaching the court order that declared the protest illegal. 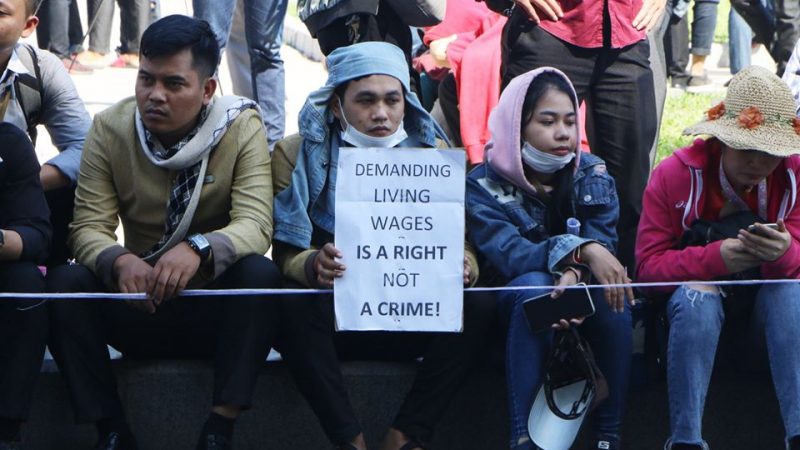