Why is Donald Trump so popular in Nigeria?

Trump has so many fans in southern Nigeria 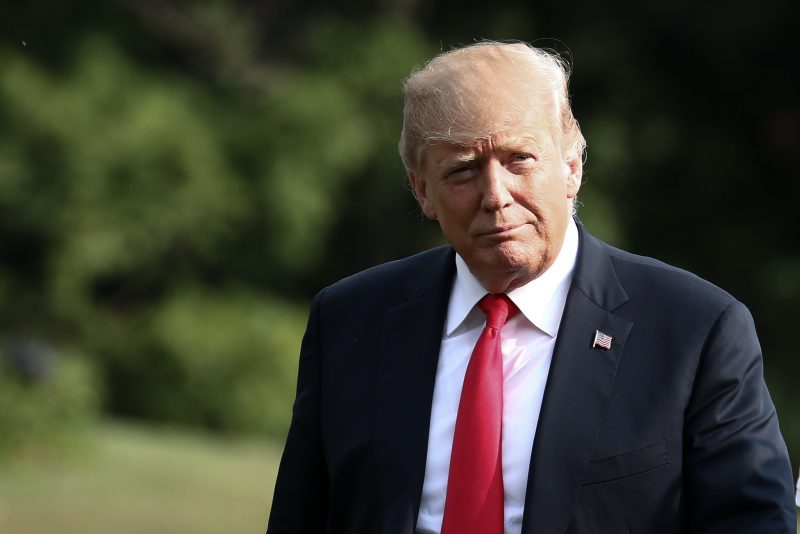 President Donald Trump returns to the White House in Washington on August 19, 2018. Image by Samira Bouaou/The Epoch Times, CC BY 2.0.

United States President Donald Trump has received low ratings across the world for his handling of international affairs — but not in some African countries like Nigeria.

According to a recent survey by the Pew Research Centre most Nigerians “have confidence” that Trump “will do the right thing in world affairs.”

The Pew survey results were gathered from telephone and face-to-face interviews conducted under the direction of Gallup — a Washington, DC, based analytics and advisory company.

An October 2019 Tweepsmap analysis of on Trump’s total followers on Twitter shows that Nigerians ranked in the top five across the world:

Except we want to live in denial, Trump is hugely popular in Nigeria. Note, I am not his fan but truth be told, he has a huge fan base here.

However, this does not explain why Trump is adored by some Nigerians.

Nigerian writer Adaobi Tricia Nwaubani explained to The World, a public radio show co-produced by the BBC, that Trump's “tough guy image” strikes a chord in Africa's most populous country:

People admire his tough guy image and his bluntness is entertaining. He's weird to Americans. He's strange. He's different from what you've had. But we're used to leaders who speak without restraint, who are verbally abusive when they please. And so, he's not as outlandish to us as he may appear to an American.

The other reason is religion. Nigerian Christians love Trump.

I'd like to see exactly WHERE in Nigeria this survey was conducted. I'm willing to bet that it was largely in southern Nigeria, which explains the love of Trump. A lot of his base are evangelical Christians, from whom many Nigerians draw their inspiration.

Nigeria, with an estimated population of 200 million people, has two major religions: Christianity and Islam. Muslims and Christians make up 50 percent and 48 percent of the Nigerian population respectively.

The methodology of the recent poll states that the study was conducted in Nigerian “local government areas stratified by geopolitical region.” However, Adamawa, Borno, and Yobe states in northwestern Nigeria were excluded from the study due to security concerns.

Nwanze's position that Christians in southern Nigeria must have formed the core of the sample size for the Pew Research results are not unfounded. The survey also showed that Nigerian Christians also “have a more favorable opinion of the US (69 percent) than do Muslims (54 percent).”

After the killing of top Iranian General Qasem Soleimani, by the United States, Nigeria's police chief issued a national security alert to forestall any disturbances by “domestic interests.”

The Islamic movement in Nigeria described the US airstrike that killed Soleimani as a “declaration of war on Iran.”

Trump has been described as “one of the most controversial world leaders in modern times.”

Yet, he is clearly adored by many in Nigeria.