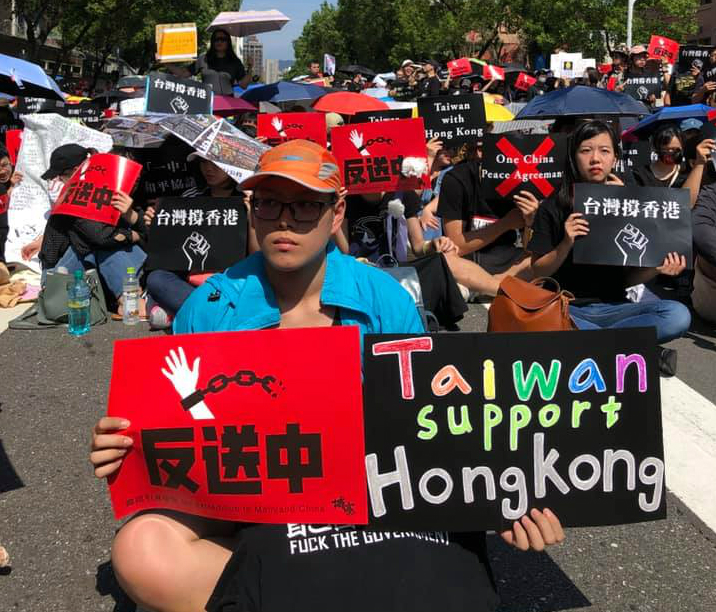 The project Chinese Cross-Border Question and Answer, sponsored by the Hong Kong NGO Culture and Media Education Foundation, reports on common concerns from Chinese communities in mainland China and abroad. The following post was originally written in Chinese and published on various websites, including inmediahk.net and matters.news. The English version is published by Global Voices under a partnership agreement.

Taiwan is holding presidential elections on January 11, 2020 to determine the course of its political and economic orientation for the next four years. The contenders are current President Tsai Ing-wen, Kuomintang candidate Han Kuo-yu and minority party leader James Soong.

Various polls in December 2019 indicated that Tsai of the Democratic Progressive Party (DPP) would win a landslide victory.

Many have pointed out that Hong Kong’s protests have contributed to Tsai’s popularity as the Hong Kong crisis was triggered by Beijing’s tightened control over its political and legal system. Besides, Tsai’s pro-Taiwan independence stand can serve as a protection against Beijing political influence in Taiwan. The Cross-Border Q&A team has interviewed a number of veteran journalists and news observers to explain exactly how the Hong Kong protests have affected Taiwan’s political development. They include Prof Kuan Chung-hsiang, a media scholar from National Chung Cheng University, Portnoy Cheng, founder of the PanSci news platform, and former editor of Chinese Global Voices, and Albert Tzeng former editor of Initium media,  and city councilor of the New Taipei district government. 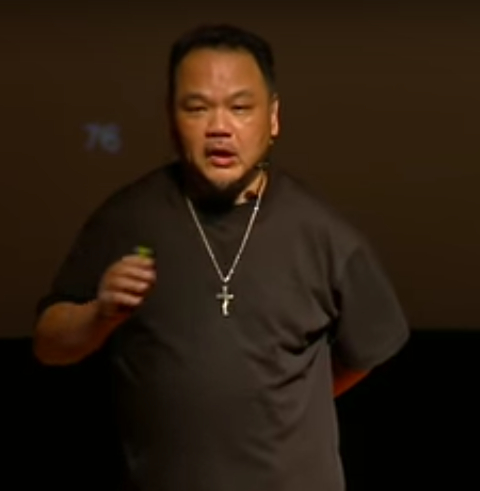 Kuan Chung-hsiang:  The Hong Kong protests have a very significant impact. The popularity of the two major candidates Tsai Ing-wen and Han Kuo-yu was at a comparable level before July 2019, but after that, Tsai’s popularity surged and the gap between the two has since widened. I believe this has something to do with the anti-extradition protests in Hong Kong.

The Yuen Long subway attack incident on July 21 was widely reported in Taiwan. Taiwanese people were shocked to see how the Hong Kong police were cooperating with the triads [crime groups who are associated with Beijing]. Han, who is pro-China, had visited the China Liaison Office in Hong Kong back in March 2019. For those who have been critical of the “China factor” that interferes with elections in Taiwan, this caused even more anxiety. Some even feel that if Han wins the election, the autonomy of Taiwan would come to an end. Such “end of a statehood” sentiment is favorable to the pan-Green coalition which supports Taiwan’s political autonomy.

Of course, apart from the Hong Kong and China factors, Han’s image, his empty promise made during the Kaohsiung city mayor election, his decision to run for presidential election soon after he took up the mayoral position, and his shifting political stands have all contributed to the decline of his popularity. 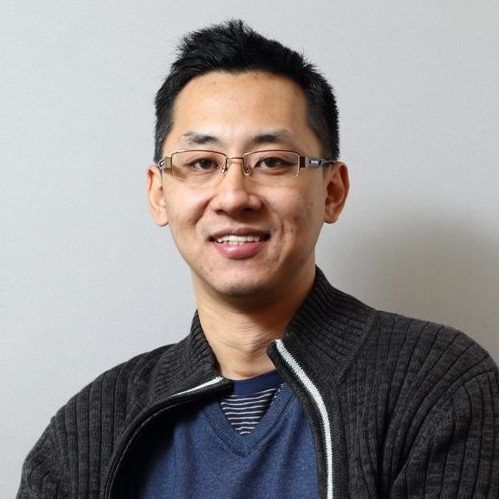 Portnoy Cheng: Hong Kong is a testing ground for the “One Country Two Systems”. After the city unified with China in 1997, its economy continued growing given that its administration is reputed for its effectiveness and no tolerance for corruption. This made it very attractive to Taiwanese who feel themselves isolated and trapped in their island. That’s why when Hong Kong people stood out to resist China’s political encroachment, they were shocked. In the past, Taiwanese people paid little attention to Hong Kong. Even during the Umbrella Protests in 2014, a majority of the Taiwanese were not aware of those developments. However, in the context of the anti-extradition protests, the Hong Kong government has used the case of a murder committed in Taiwan involving Hong Kong citizens as the excuse for the legislation. The case inspired Taiwanese politicians to comment on the incident, which later turned into a dominant election campaign topic in Taiwan.

More and more Taiwanese have come to see that Han Kuo-yu and the KMT’s vision for the future development of Taiwan is to embrace and learn from China. The struggle in Hong Kong has told us that this path is not a way out. Such realisation has definitely affected the popularity of the two candidates. However, the effect of a single political incident can hardly have a long-lasting effect. In Taiwan, middle-aged and older voters are very conservative, and see economic and social stability as the most crucial value. Hence they cannot understand the protests in Hong Kong. Moreover, many politicians and opinion leaders in Taiwan have been confirming the Chinese government’s view that the Hong Kong protests are under influence of foreign forces, thus they support of Hong Kong police’s hard-handed crackdown. So we can’t over-estimate the impact of Hong Kong’s factor on the elections. 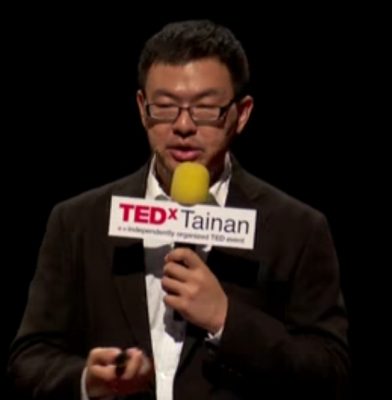 Albert Tzeng: The one million people’s rally against the legislation of extradition law on June 8 2019 has shaken Taiwan. As the President of Republic of China (ROC), Tsai Ing-wen expressed her support for the Hong Kong protesters. Two days later, the DPP conducted a popularity poll to decide on the party’s presidential candidate, and Tsai won over her competitor William Lai Ching-te and was thus set to run for her re-election.

Since July, confrontations between Hong Kong protesters and the police have turned violent and the situation has kept escalating as the result of such incidents as the Yuen Long subway attack, the rubber bullet hit a woman’s eye case, police firing live rounds. All these news have shaken Taiwan: under the so-called “One Country Two Systems”, democracy, freedom and human rights are being suppressed by the Chinese Communist Party, the de facto ruler of Hong Kong. In the past few months, the gap in popularity polls between Tsai and Han has become wider and wider.

Firstly, in 2018 the axis of Taiwan’s political dynamics evolved around “economy and administration”. People then expressed their discontents with Tsai’s hasty social policy reform with their votes in local elections. However, in January 2019, after Tsai rebuked Chinese President Xi Jinping's new year speech on Taiwan, the public shifted their attention to the “China factor” and “cross-strait relations”. Since March 2019, as the anti-extradition protests in Hong Kong started, the political dynamics surrounding the “China factor” consolidated in a way that is favorable to the pan-Green coalition [parties supporting the DPP].

Secondly, Hong Kong’s protests have resonated in the context of intensified U.S-China diplomatic relations and trade war. The passing of Hong Kong HUman Rights and Democracy Act in the U.S. uplifted the protesters. Hong Kong has thus become a bargaining chip in the U.S-China negotiation. This situation has brought back the memories during the Cold War against communist regimes.

Thirdly, Hong Kong’s unrest has set a stage for President Tsai Ing-wen to perform her leadership. The Hong Kong protests have kept Taiwanese people restless, as they prefer the status quo more than ever. Such desire has sidelined Tsai’s competitor within DPP, William Lai, who is more supportive of Taiwan's independence. It is also a big blow for Han Kuo-yu, who had visited China's Liaison Office in March 2019 to reinforce his pro-Beijing image.

Fourthly, the pro-China blue camp [parties supporting the KMT] has changed its political stand thanks to Hong Kong protests. After one million people rallied in Hong Kong in June 2019, former KMT Chair and former new Taipei city mayor Eric Chu Li-luan expressed his support for Hong Kong protesters on Facebook, saying that “One Country and Two Systems is never an option for Taiwan”. Later on, Terry Kuo, Han Kuo-yu and other KMT members followed Chu’s political line. In October 2019, the “New Republic”a group, made of younger KMT members even put on the party's agenda a revision of the China policy of the pan-blue coalition.