Is the Caribbean apocalypse-proof?

The supposedly safest places to be should humanity be threatened 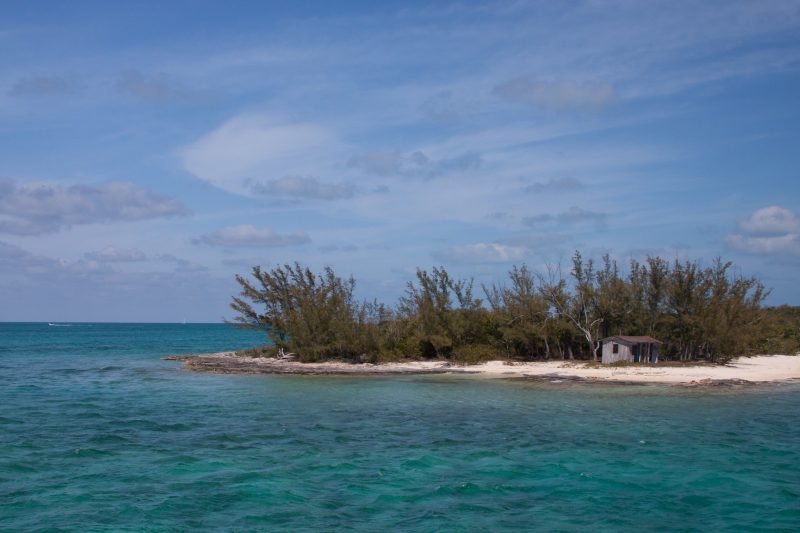 A little island in The Bahamas. Photo by John Hilliard on Flickr, CC BY 2.0.

In one of the most curious stories to be shared on social media platforms in the Caribbean at the start of 2020, the United Kingdom-based tabloid, The Sun, claimed that “scientists have worked out the safest places for you to be if a sudden global pandemic threatens to wipe out humanity.”

As it turns out, many of those supposed safe spots happen to be islands, with five out the top 20 located in the Caribbean. The highest-ranked of the regional nations was The Bahamas — ironically, still reeling from a disaster of its own in the form of Hurricane Dorian — followed by Trinidad and Tobago at Number 8 Barbados, Number 9, Cuba, Number 11, and Jamaica bringing up the rear at Number 18.

The article is careful to state, however, that apart from the top 3 (Australia, New Zealand and Iceland), other countries “ranked less than 0.5, so were less suitable for securing [humanity's] survival.” Sadly, Number 1-ranked Australia has been battling debilitating wildfires since June 2019, so even if the continent were inclined to offer itself as an end-of-days refuge — questionable given its record on migration — it currently has its hands full (and indeed, requires both international sympathy and aid).

Some of the features that contributed to the final scores included things like “a good physical location, natural resources and political harmony.”

Caribbean netizens were, for the most part, amused by the study, in which countries were ranked based on “the ability to avoid contagion from other areas.” The “no man is an island” philosophy clearly carries no weight when it comes to the apocalypse — if doomsday looms, apparently, an island is exactly where you want to be. The infographic accompanying the article did not help to instill confidence in the findings, however, what with Cape Verde appearing slightly north of where it is actually located and Madagascar showing up twice — once off the coast of Brazil.

The research, first published in the international journal Risk Analysis, was conducted by Matt Boyd and Nick Wilson.

Wilson, a public health physician at the University of Otago in New Zealand, suggested that biotechnology discoveries could potentially result in a genetically-engineered pandemic threatening human survival. “Though carriers of disease can easily circumvent land borders,” he told The Sun, “a closed self-sufficient island could harbour an isolated, technologically-adept population that could repopulate the earth following a disaster.”

The study only ranked United Nations-recognised sovereign states with populations greater than 250,000 because, according to Wilson, while smaller islands may well survive without assistance post-apocalypse, the researchers felt that “a diverse range of technical experts would be needed on an island in order to rebuild humanity.”

As such, countries with high gross domestic product figures, strong food sustainability and solid energy production performed best, though the researchers admit “their methodology probably isn't perfect.” They did not consider, for instance, the effects of the climate crisis, in which island nations are at the highest risk.

For many regional netizens, the results of the study only served to strengthen their determination that they live in one of the best places on Earth, and they have no intention of leaving, despite near-apocalyptic per-capita levels of corruption and crime. Some found the findings to be quite sensible, in fact, suggesting that countries able to supply their own food and energy needs would likely be ranked in the top 5 locations able to withstand such an eventuality.

Others found it hilariously ironic that the Global North might one day be desperately clambering to reach the Global South in order to survive some sort of viral, bacterial or fungal apocalypse, saying, “Nope, nope, nope. We need to protect our shitholes.”