Belize's new fisheries bill: A ‘model for how to manage marine resources’ 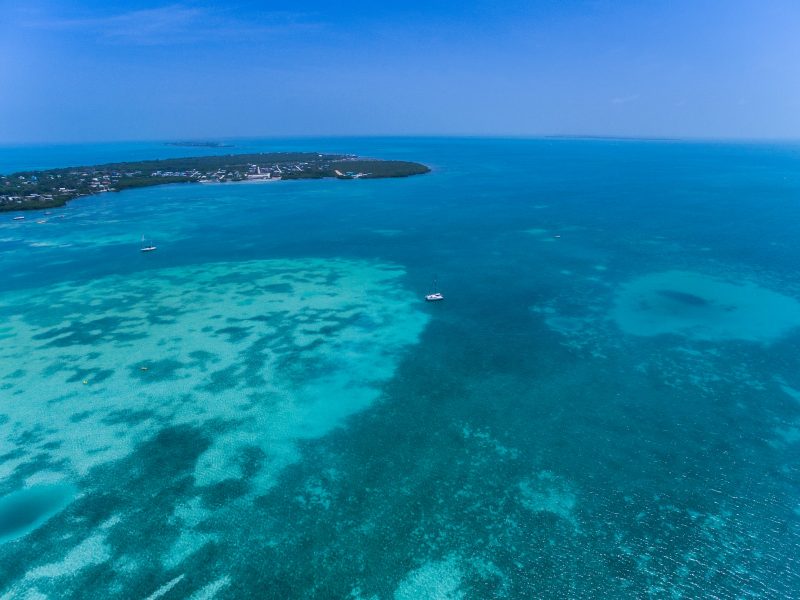 Belize's latest commitment to ocean conservation is its new Fisheries Resources Bill, for which the country partnered with the Environmental Defense Fund (EDF), an international non-governmental organisation. The bill, which focuses on effective management solutions for overfishing, passed its first assessment by the country's House of Representatives in December 2019.

Among other things, the legislation will establish a new fisheries council to deal with stakeholder concerns and advise the government in fisheries management practices, including the establishment of “fishing priority areas,” where new ideas can be trialed and long-term fisheries production can be prioritised. It will also facilitate broader regional cooperation with neighbouring Mexico, Guatemala and Honduras in marine resource governance.

Global Voices interviewed Eric Schwaab, senior vice president for the EDF's oceans programme, to learn more about the partnership that championed the bill and what the new legislation hopes to accomplish. 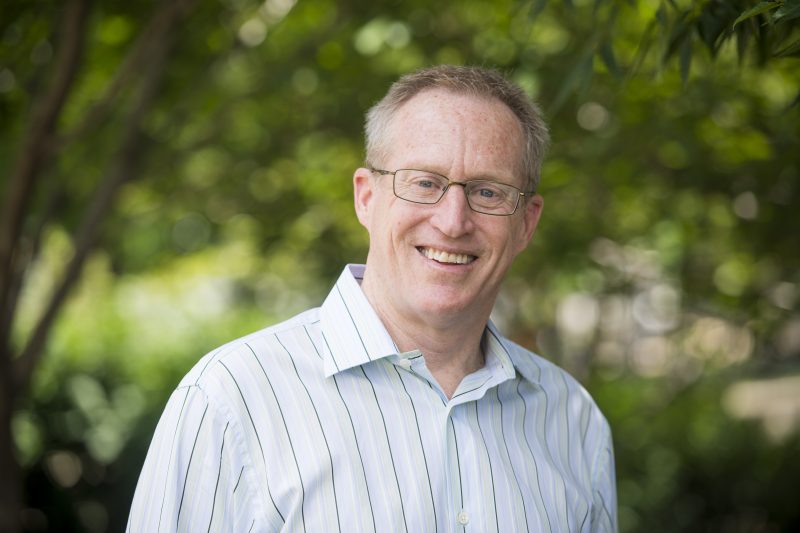 Global Voices (GV): Tell us about EDF's partnership with the Belizean government.

Eric Schwaab (ES): EDF has worked closely with the Belizean government for nearly a decade, in the development of the managed access programme and the adaptive management framework, which together emplaced rights-based fisheries management to supplement and then enhance the existing marine-protected area (MPA) networks. We helped fund positions within the Belizean Fisheries Department which made that work by external partners possible. We have continued to work closely with ministry and departmental officials — and a wide variety of stakeholders, including fishers, fishing cooperatives and fishing communities — in the development of the legislation, and then with government officials from other ministries to ensure both the integrity of the legislation, and that it answered concerns raised by them.

Most recently, we worked closely with Belizean security forces to ensure that the combination of the newly expanded network of managed access — including the improved fisheries management, compliance and enforcement provisions in the law, and the new, large MPA on the Honduran/Guatemalan border — helped them meet their needs. [We also worked] with National Assembly members with coastal constituencies in helping them understand that the fishing stakeholders were strongly in favour of this bill. That included meetings out in those communities. As EDF cannot do direct advocacy work, our team in country, led by Nic Requena, convened and helped educate the consortium of NGOs and other stakeholders that helped advocate the legislation.

EDF does not take funds from partner entities or institutions (where conflicts of interest might exist or be perceived), especially from the private sector, and very limited government funds — including none from Belize. Our funding for this work has come principally from non-for-profit philanthropies, including Summit Foundation and Flora Foundation, and from individual private donors who care about the Mesoamerican Barrier Reef ecosystem, the coral world, and the global ocean.

GV: What are the next steps for the Fisheries Resources Bill?

ES: The bill is expected to move through its second and third readings at the next meeting of the National Assembly in January. It will then be ready to be signed into law, beginning the process of translation into formal procedures that implement the law. There was no significant objection to the first reading, and we are hopeful that the law will be adopted shortly. Notably, this law will position Belize to join Japan and Cuba, with the third national reform globally within just over a year. 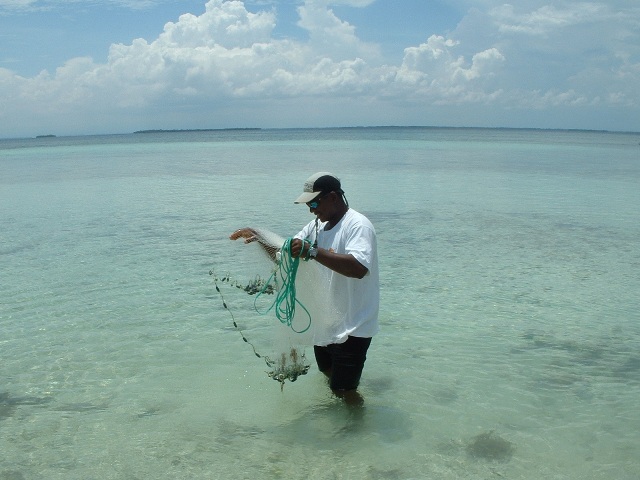 GV: For those unfamiliar with ocean conservation, what are some of the biggest threats to oceans and marine life?

ES: [There is] a wide range of concerns, from plastics pollution, coral declines and other aquatic habitat loss, to acidification and warming. Climate change impacts are a global threat to ocean resources. Yet, even as we work to control and reverse carbon emissions, addressing unsustainable fishing practices through effective fisheries management will yield significant, immediate benefits. This approach will both forestall and, in some cases, reverse effects to aquatic resources.

Climate change impacts include warming and acidification, rising seas that threaten key coastal habitats and coastal communities, and intensifying storms that will exacerbate those effects. In addition to these more commonly understood threats, we see fish populations moving poleward, increasing management conflict and threatening even stable management systems as fish cross jurisdictional boundaries. These effects will also acutely impact the developing tropics, where expected productivity declines occur in places where vulnerable people and high-diversity ecosystems are concentrated. So,we are focusing our work to ensure we are still producing impactful results by addressing shifting fish populations as climate impacts change our oceans.

GV: Aside from the environmental impact, what other effects do you anticipate the Fisheries Resources Bill will have?

ES: Globally, about three billion people must have fish to fulfil their dietary requirements, and for more than a billion, important negative health consequences loom should management of fisheries fail. These vulnerabilities are concentrated among the world’s small-scale fishers and fishing communities, especially in the developing tropics [which are] most vulnerable to climate warming. In some cases, they may lose as much as 30-40 percent of their maximum fisheries production potential, even with good management.

Effective models for how to get fisheries management right in places where resources for management are scarce, and failure would harm both people and nature, are essential. This is especially true in the coral world, where overfishing and climate warming are combining to threaten virtually all of the world’s coral reef ecosystems. Belize can be a model for how to manage marine resources in ways that get the most from a changing world — and, just maybe, it will help slow down the ravages of climate by using fisheries management not just defensively, but as an active tool to improve hope for coral reef ecosystems and vulnerable coastal communities.

The bill establishes a firm foundation for doing what's required to make Belize a world leader in all of that. 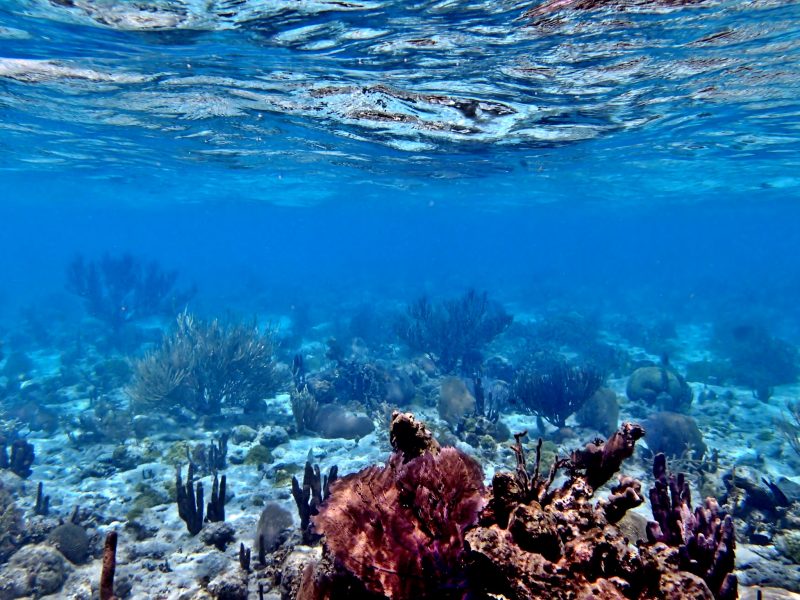 Some of the coral life in the seas surrounding Belize. Photo by Suzanne Schroeter on Flickr, CC BY-SA 2.0.

GV: What should be the priorities of the future in terms of ocean conservation?

ES: We must do everything possible to reduce climate pollution. Dramatically reducing emissions globally is critical to protecting our oceans, and the ocean can be part of that process.

A recent report issued by the High Level Panel for a Sustainable Ocean Economy listed five ways in which the ocean can be part of the climate solution.The report touches on the important role that healthy populations of large marine animals can play in sequestering carbon.

But even under the best mitigation scenarios, certain changes are already baked into our future, so adaptation to these changes is also critical. Ensuring that governments and communities are adopting climate-ready fisheries management approaches will be important for both environmental and food security reasons. This requires not only sound local fisheries management, but also greater emphasis on managing for shifting stocks and shifting ecosystems, with improved efforts to manage fisheries across jurisdictions. Additionally, equity concerns for some of our most vulnerable communities will become more prominent.

GV: How do you feel about Belize being so proactive on this pressing issue?

ES: At EDF Oceans, we focus on changes at community, national and global scales. We are excited to see actions in Belize that benefit not only Belize and the Mesoamerican reef ecosystem, but also provide models for other communities and nations facing similar challenges and opportunities.

Through our work in Belize, we have supported good fisheries science and management, community-based action, and rights-based approaches that better invest those communities in long-term ocean conservation actions. Concurrently, through our fishery solution center, we help to bring people together across the world around common practices and toolkits that can help scale conservation globally.

Part 1 of this series is here.