The media habits of the Vietnamese minority in the Czech Republic: interview with Professor Tae-Sik Kim 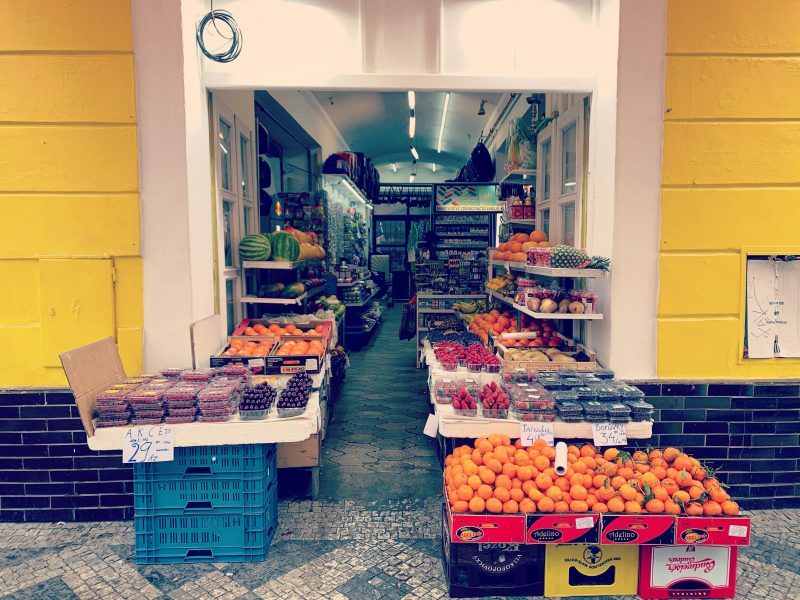 Local grocery store run by Vietnamese owners in Prague. Typically, but not always, they keep a wide-open door even in the winter. Photo by Filip Noubel, used with permission.

With over 80,000 people, the Vietnamese are one of the largest ethnic minorities in the Czech Republic, where they amount to close to 1 percent of that country's population. Many belong to the second generation of the Vietnamese students and workers who moved to socialist Czechoslovakia in the 1970s within the Comecon migration accords.

Commercial and cultural relations between both countries extended to the present day, and many Vietnamese continue to migrate to the Czech Republic for study, business, and reuniting with family. This sizable community contributes to the shaping of a new culture that fuses elements of both countries.

I interviewed Professor Tae-Sik Kim after his presentation on Czech-Vietnamese media production and consumption at the Prague Media Point conference in Prague in December 2019. Kim is a South Korean scholar who studied in his country and the United States, and now teaches in the Czech Republic at Brno's Masaryk University. He focuses on diasporic media, Asian communities, and visual semiotics. The interview has been edited for brevity.

Filip Noubel (FN): Could you describe the media consumption habits of the first generation of the Czech-Vietnamese? 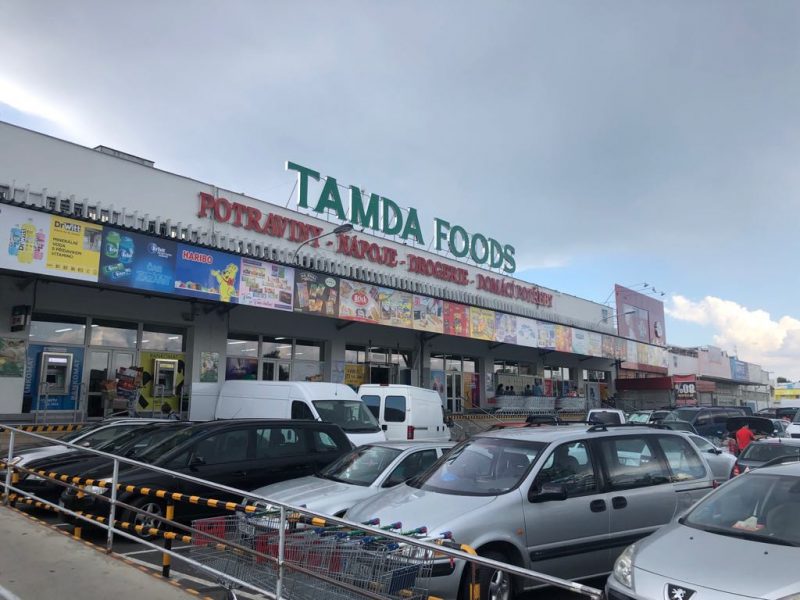 FN: How is the second generation different in that regard, and what is the role of social media in that part of the community?

TSK:  Not unlike people of their age group across the world, young, second-generation Czech-Vietnamese have fully adopted the internet in their daily media practices. While migrant children used to watch Vietnamese TV together with their parents mostly at meal times, their media practices have gotten more individualized as they use their private digital devices. A key criterion to classify social media in the Vietnamese community is language. While the first generation and recent migrants tend to rely on social networks based either in Vietnam or in their own diasporic community, such as the site Sangu.eu, migrant children who are fluent in both Czech and Vietnamese have formed diverse “transnational” social networks bridging Vietnam, the Czech Republic and their diasporic community. These include Facebook pages like the one by NGO Viet Up, which tends to organize community events for migrant children. Others act as representations of Vietnamese identity, those include Hội Thanh niên Sinh viên Việt Nam tại CH Séc. Finally some highlight transnational identities, for example the South East Asian Liaison page. While the Vietnamese community has failed to establish a conventional form of diasporic media, online media such as Vietinfo and Sangu have emerged to fill that gap. All those online platforms work as communication channels crossing national and community borders. As a result, social media have become the place for an ongoing negotiation of transnational lives.

FN: What is the role played by Korean media and pop culture for the younger generation of this community?

TSK: Korea media products have been popular in the past decades in South East Asia including Vietnam. Young Vietnamese in the Czech Republic have also been exposed to Korean media, given their technological availability and linguistic flexibility. Indeed, shared media practices often reflect the audiences’ common cultural identities and orientations. In this context, cultural similarity is not located between Vietnamese and Korean cultures, but rather in the commonality of a diasporic experiences and representations of an Asian culture in a non-Asian environment. Typically, the image of Asian children coming from sacrificial, hardworking migrant families is very different from the image of Czech children who are not expected to participate in the cultural sensibility of valuing family and work ethic. On the other hand, younger Czech-Vietnamese are also likely to differentiate themselves from the earlier generation of Vietnamese migrants. They identify themselves as people who are sensitive to cultural trends and have pronounced urban tastes. Taking advantage of their perceived higher human capital, they take a step closer to the cultural tastes of their contemporary Korean audiences.

FN: How are Vietnamese usually represented in Czech media?

TSK: Although I have learned that Vietnamese people are increasingly present in Czech media, I wouldn’t say that the stereotypical, negative representation of Vietnamese migrants in the Czech Republic has completely disappeared. However, my concern is more about the implied discourse about this population. Vietnamese migrants are often portrayed in Czech media as hardworking, successful economic migrants who raise competitive children. This approach has created a monotonous image of Vietnamese people, which is a very easy way to objectify a certain population. The truth is that Vietnamese people in the Czech Republic are no longer confined within their small shops. 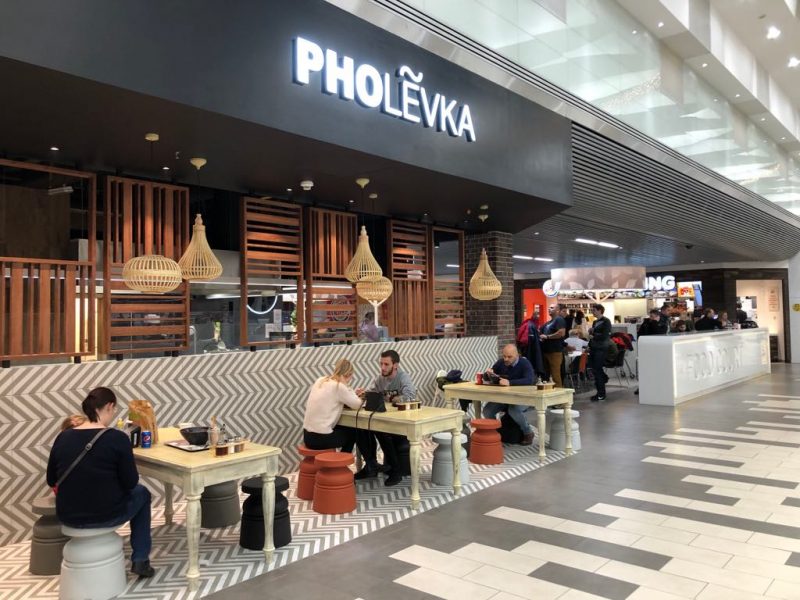 Example of a trendy Vietnamese eatery in Prague whose name plays with the Czech word for soup (polévka) and the name of the traditional Vietnamese soup (phở). Photo by Tae-Sik Kim, used with permission.

FN: You call the Vietnamese community an “urban space mediator.” Could you explain this concept?

TSK: The Vietnamese have never formed ethnic enclaves in Czech urban areas. Although there are a couple of huge-sized wholesale complex exclusively owned by Vietnamese migrants in major cities like Prague and Brno, these places are quite different from the conventional ethnic enclaves in other global cities. They work as the backbone for Vietnamese retail businesses, rather than as centers of diasporic communities. The place where Czech people meet Vietnamese migrants on a daily basis are the small, local grocery businesses (called potraviny, meaning grocery, or večerka, meaning night shop) that have been almost entirely “monopolized” across the country by Vietnamese people. Since they are all located in local neighborhoods, these shops are quite common places for those who are relatively immobile and poor. Far from looking like global brand stores, local grocery shops often come to embody Vietnamese migrants as economic migrants who are not very westernized, urbanized, polished, or trendy. The irony is that such a (un)consciously ignored place tells much about the cultural position assigned by the majority to a migrant group. On the other hand, trendy-looking Vietnamese restaurants and cafes are  becoming increasingly visible in Czech urban centers and represent Vietnamese migrants in a radically different way. Coupled with the recent rapid economic growth and the tourism boom of the Czech Republic, these westernized, urbanized, polished, or trendy places are warmly welcomed. While it is still too early to generalize how Czech people perceive the Vietnamese diaspora, one can assume they have started to differentiate between different ways of being Vietnamese in the Czech Republic.