Will Beijing change its hardline policy toward Hong Kong? 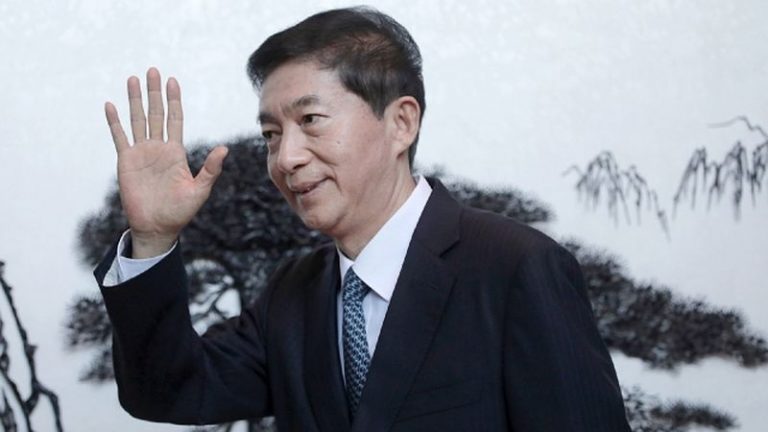 This post was originally written by Kris Cheng and published on Hong Kong Free Press on 6 January 2020. The following edited version is published on Global Voices under a content partnership agreement.

The new director of Beijing’s Liaison Office in Hong Kong has said that he eagerly hopes the city will return to the right track.

Luo Huining, 65, previously served as the governor of Qinghai province. He replaced Wang Zhimin who served as director since September 2017.

Saturday’s appointment of Luo raised eyebrows since he has no experience in terms of managing Hong Kong matters or foreign affairs.

On December 28, Luo was also appointed deputy chairman of the financial and economic committee of the National People’s Congress – a role afforded to those soon set to retire. He took on the position just a week before he was sent to Hong Kong.

Meeting press at the Liaison Office in Sai Wan on Monday morning, Luo said he used to work on the mainland but was not unfamiliar with Hong Kong:

This will be a new mission, a new challenge to me. I will do my work well – with sincerity and true emotion.

He praised Hong Kong and its role in China’s opening up and modernisation:

Since last June, protests over a now-axed extradition bill have evolved into sometimes violent displays of dissent against police action amid calls for democracy and anger over Beijing’s encroachment. Demonstrators are continuing to demand an independent probe into police behaviour, amnesty for those arrested, universal suffrage and a halt to the characterisation of protests as “riots.”

Luo said the situation in Hong Kong over the past six months was worrying:

We all eagerly hope Hong Kong can return to the right track. As President Xi Jinping said in his new year remarks, without a harmonious and stable environment, there will not be a home where people can live and work in peace.

He said the “One Country, Two Systems” formula offers the best advantages for Hong Kong:

I believe that, with the hard work of Chief Executive Carrie Lam, the government, and all sectors of society, the Chinese constitution and the Basic Law will be fully implemented in Hong Kong, the ‘One Country, Two Systems’ principle can be implemented smoothly and successfully in the long-term [and] the long-term prosperity and stability of Hong Kong can be ensured.

“I am fully confident about that,” he said, raising a fist. Luo did not answer reporters’ questions as he left.

The fate of Wang

The Xinhua report which revealed Luo’s appointment did not elaborate on what his predecessor Wang’s next position may be. Wang had the shortest term out of all directors since the office’s establishment in 2000.

Pro-Beijing news site Bastille Post cited sources as saying that Wang had returned to Beijing and is set to become the deputy head of the Central Institute for Party History and Literature Research.

After democrats won the District Council election by a landslide in November, a Reuters report cited an unnamed Chinese official as saying that the Liaison Office had misjudged the city’s situation and its chief, Wang Zhimin, may be replaced. The Chinese Foreign Ministry claimed the report was false. In early December, Wang vowed to continue with his duties in Hong Kong.

This is not a change of policy. A tactical change means that the high-pressure tactics of the past six months, including tolerance of the police abuse of power and violence… cannot go on… [T]he response from Hong Kong people was very strong. Thus, the [policy] change temporary.

He said Luo, with a relatively strong background in economics, may focus more on livelihood issues:

But we have to continue to see whether the hardline policy of Beijing will change.