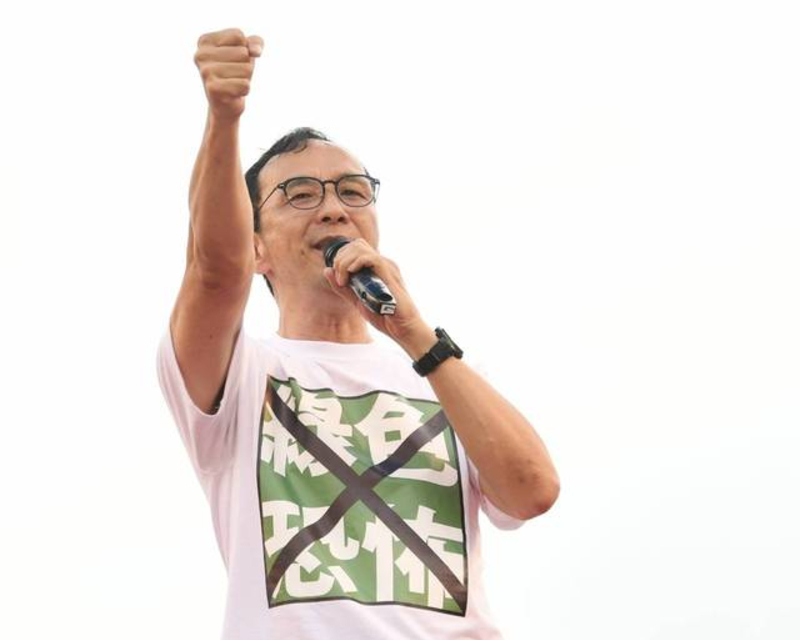 Taiwan's Pro-Beijing Kuomintang (KMT) party has shifted its 2020 presidential campaign strategy in the past few weeks. Instead of focusing on how Democratic Progressive Party's (DPP) strained relation with China has adverse impacts on Taiwan’s economy, KMT has begun accusing the party of “green terror” — or suppressing pro-Beijing political dissent by legal means.

The political label “White Terror” has been attached to KMT as the party had ruled the country under martial law for more than 38 years. During that period, at least 140,000 individuals were convicted of political crimes in military courts, according to official records. Between 1950 to 1954, the number of executions was between 4,000 to 5,000. Among the convictions during the “white terror” period from 1947 to 1989, 8,296 were speech-related and 1,061 of the accused were executed.

In contrast, the DPP’s founders were victims of the “white terror” and the party’s image is generally associated with universal human rights values.

However, over the past two decades, the Chinese Communist Party (CCP) has attempted to influence Taiwan’s politics by sponsoring Taiwanese media groups, such as Want Want China Times Media group. In recent years the CCP has spread disinformation as a means to influence the election and Swedish democracy watchdog V-Dem’s 2019 global report describes Taiwan as the world’s most targeted place for disinformation tactics.

Information operations have included the spread of fake news stories, bots and falsified social media accounts, propaganda, and hacking. Much of this disinformation originates from China in order to interfere in elections and referendum.

In response, the ruling party under President Tsai Ing-wen has introduced new laws to block China’s interference and very often, these laws are controversial as they imposed restrictions on political activities.

The most controversial of these political measures is the Anti-infiltration Law. The DDP introduced the Anti-infiltration Bill to the Legislative Yuan on 25 November. This came two days after confessed former Chinese spy William Wang Liqiang’s open accusation that China infiltrated Taiwanese politics by paying three major news networks (CitiTV, China Television and Eastern Broadcasting Co) to broadcast news designed to negatively affect the pro-independent party ahead of the 11 January elections.

The Taiwanese Legislative Yuan passed the Anti-infiltration Law on 31 December 2019, just two weeks ahead of the Presidential election.

The law bans “hostile foreign forces” from campaigning, lobbying, making political donations, disrupting social order by spreading disinformation related to elections. Individuals or organizations which receive funding by agencies of “hostile foreign forces” violate the law and face a maximum penalty of five-year imprisonment and a fine up to around US$332,000.

The hasty legislation has raised some scrutiny and the KMT deemed it “green terror” which aims to silence political dissent.

While the DPP has clarified that the law would only criminalize individuals and organizations who are paid by “hostile foreign agencies” and would not repress independent political views, the KMT continues to spread the “green terror” narrative.

On 4 January, the KMT stated in a press conference that 30 netizens had been victimized by the DPP’s “green terror”. Thus far, the most controversial case was the prosecution of a netizen for violating Article 63 of the Social Order Maintenance Act. According to the article, individuals who spread rumors “in a way that is sufficient to undermine public order and peace” would be subjected to detention for not more than three days or a fine of not more than of NTD 30,000 (or approximately US$1,000 dollars).

The netizen's message was posted on Facebook on 13 October 2019 and accused the DPP of controlling Taiwan’s media regulator the National Communication Commission. It went on to say that Taiwanese media outlets dare not report on the spread of Dengue Fever in Tainan due to political pressure.

The Taiwanese court dismissed the case on 2 January 2020 as the rumor was not “sufficient to undermine public order and peace”.

Although the investigation and the charge may have a silencing effect on citizen expression, thus far, an individual’s freedom of expression is still protected by the Taiwanese court.

On 31 December 2019, Chinese Communist Party-affiliated Global Times and Hong Kong-based pro-Beijing media Wen Wei Po both published news on the passing of Anti-infiltration Law in Taiwan. The two media outlets both commented that the law is a form of “green terror” and will bring Taiwan back to the martial law period.

A number of Weibo and WeChat based media outlets such as Today Taiwan (今日台灣）, China Taiwan Net（中國台灣網）, Taiwan Weekly (台灣一周重點) have reported on the situation using the “green terror” discourse in the same or even more exaggerated manner.

In some cases, the news has been intentionally distorted to spread a fake sense of “green terror”. On 31 December, CCP affiliated Guancha.cn published an article titled “As a part of a coordinated effort on the passing of Anti-infiltration Law, Taiwan authorities arrested more than 10 Taiwanese Communist members” (为配合“反渗透法”过关 台当局一天抓10多名台湾共产党成员). The media outlet interviewed Lin Te-wang (林德旺), who is the head of the Taiwan People's Communist Party (TPCP), who said that the suppression that the party faced was worse than Chiang Kai-shek’s dictatorship during the martial law period in Taiwan. When cross-checked with news reports back in Taiwan, the police were actually investigating corruption allegations concerning TPCP’s involvement in organizing a sponsored tour to mainland China in early December.

It is well documented that the CCP's United Front Work Department has been using sponsored tours to China as a means to exercise political influence overseas. In this particular case, the Taiwanese police interviewed more than 60 individuals concerning the tour and the news did not have much coverage in Taiwan as it was a regular investigation and no one had been arrested.

The poll on the popularity of presidential candidates was closed on 1 January, it was predicted that Tsai Ing-wen will have a landslide victory. However, some pro-KMT scholars believe that the hasty passing of the Anti-infiltration Law would discourage the DPP’s liberal supporters from endorsing the party line and instead swing voters into supporting KMT’s presidential candidate Han Kuo-yu and candidates for Legislative Yuan.

The results are still to be seen as Taiwan's Presidential and Legislative Yuan elections are scheduled for 11 January 2020.