The latest ban has been in effect since November 2, 2019 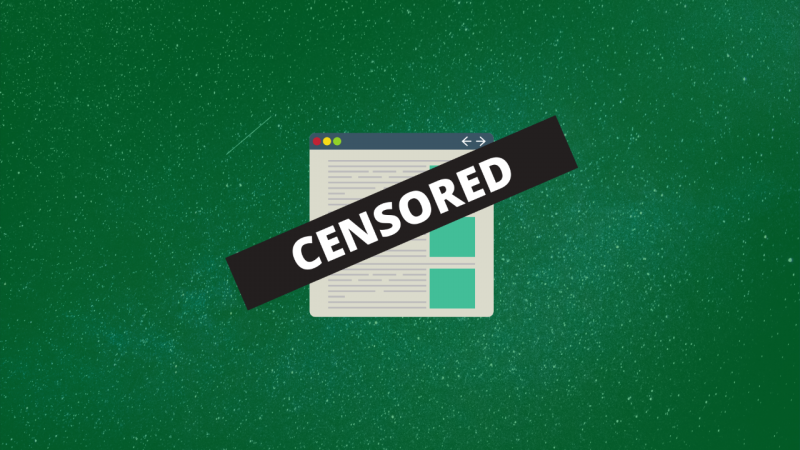 Illustration by the author.

The Pakistani authorities continue their arbitrary blocking of slate.com, a U.S based online news magazine that covers current affairs, politics, and culture. This is the second time that the website has been blocked in Pakistan in 2019, and the third time since 2018.

Slate was first noticed to be blocked on Pakistani servers in July 2018, reason of which is still unknown. According to the data of Open Observatory of Network Interference (OONI), the magazine was again blocked in June 2019 for its coverage of the Pashtun Tahafuz Movement (PTM), a social movement that demands human rights of the Pashtun community in Pakistan. Whereas, according to NetBlocks data, the latest ban has been in effect since November 2, 2019, without any notification or statement from the authorities. 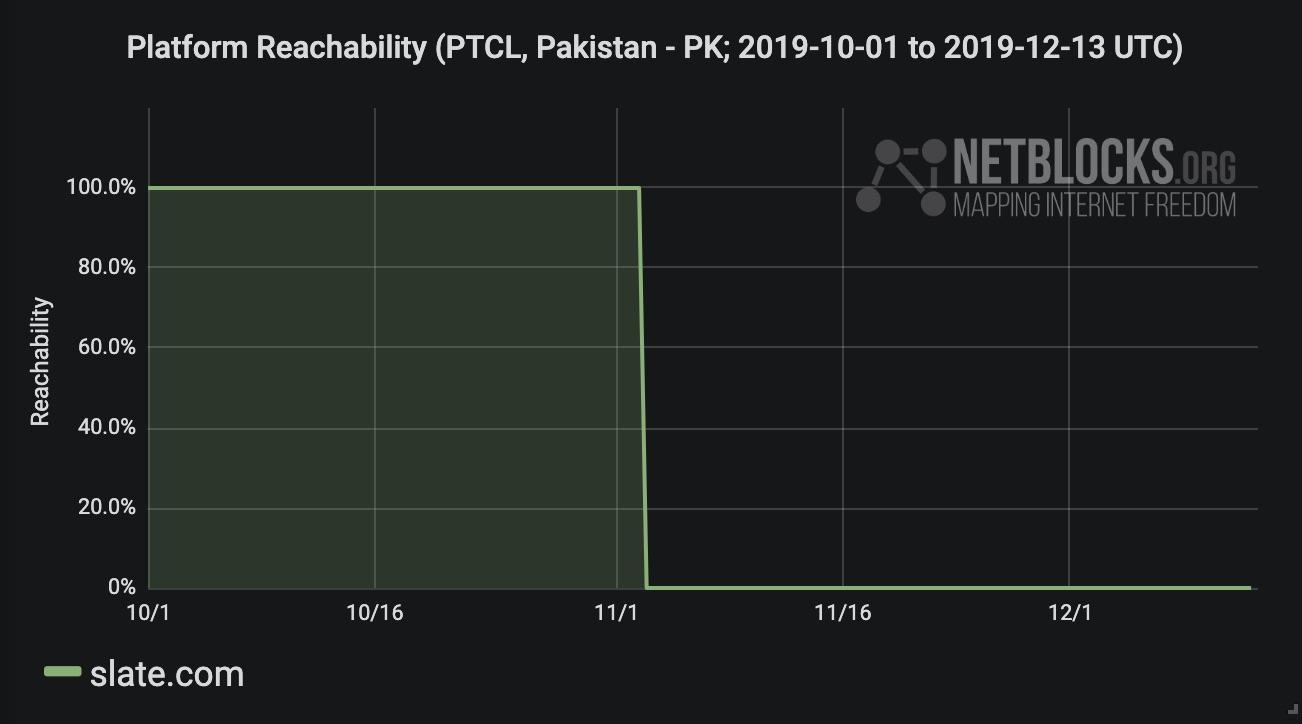 According to data NetBlocks shared with the author, while slate.com has been consistently blocked on the networks of local Internet Service Providers (ISPs) since early November 2019, different ISPs blocked it on different days. For instance, Nayatel blocked access to the website on November 4 as opposed to others blocking it on the 2nd. Furthermore, Slate has intermittently been blocked on Zong (CMPak Limited) networks. At the time of writing this statement, slate.com is accessible on Zong’s data connection.

Katie Rayford, Director of Media Relations at Slate, confirmed to the author that their website has experienced a 50 per cent drop in traffic from Pakistan since November 1, 2019. She says:

It is deeply concerning that Pakistan, a democratic country with a constitution guaranteeing freedom of speech and expression, would once again choose to block a media outlet dedicated to bringing information and truth to readers and listeners around the world. It is even more alarming [that] officials did so without informing us — and more importantly its citizens — about their reason for censoring our reporting. We ask Pakistani officials for full transparency in their decision-making process and to reverse this disturbing crackdown on press freedom.

Slate has time and again experienced arbitrary inaccessibility in Pakistan, much like in other cases of internet censorship in the country. No official institution has notified the website and users of this blocking. Under section 37 of the 2016 Prevention of Electronic Crimes Act (PECA), the Pakistan Telecommunication Authority (PTA) is mandated to regulate, block and take down online content. However, PTA’s powers to block content without prior issuance of notice were challenged at the Islamabad High Court (IHC), which ruled that it is illegal for the regulatory authority to block online content unless it formulates the rules as directed under the Act. PTA is yet to draft and release the said rules.

Pakistani internet users have been experiencing increased online censorship which is part of the authorities’ larger attempt to control and stifle dissent in the country. Multiple instances of blatant online censorship have been reported where either entire websites have been blocked or access to pages or sections of a website restricted. There are also documented cases of complete official bans on coverage of particular issues or event such as coverage of the Pashtun Tahaffuz Movement. TV shows have been taken off-air for criticising state policies, and opposition party members have been barred from giving interviews.

Moreover, ongoing crackdown on freedom of the press and expression has contributed towards the overall hostile situation around journalism and freedom of information in Pakistan. Laws like the Prevention of Electronic Crimes Act (PECA) that legitimise censorship in the ambit of ambiguously defined national security violate people’s fundamental freedom of speech, and the right to information protected under Article 19 and 19-A of the Constitution of Pakistan, respectively.

Freedoms on the internet and of the press continue to decline with each passing year as per the Freedom House annual reports of Freedom on the Net and Freedom of the Press. In a democratic country like Pakistan whose official representatives boast about press freedom in the country on international platforms, attempts to stifle dissent and restrict access to information through unreasonable and unannounced censorship reflects hypocrisy in the way democratic decisions are made in the country.

Freedom of expression and access to information stand as core values of any democratic society, and in order for Pakistan to truly respect the values of democracy, its authorities will have to accept that criticism of state policies and institutions do not constitute anti-state rhetoric, is not a matter of national security, and is also not a foreign agenda. If anything, a crackdown on critical voices is an attribute of an authoritarian government, and such governance contradicts everything that Pakistan’s foundations were laid upon.