Global Voices quinceañera: How the climate crisis and other disasters affected the Caribbean in 2019

As the year of Global Voices’ 15th birthday comes to a close, here are three more of the most compelling stores from the Caribbean team in 2019 — this time, related to climate change. 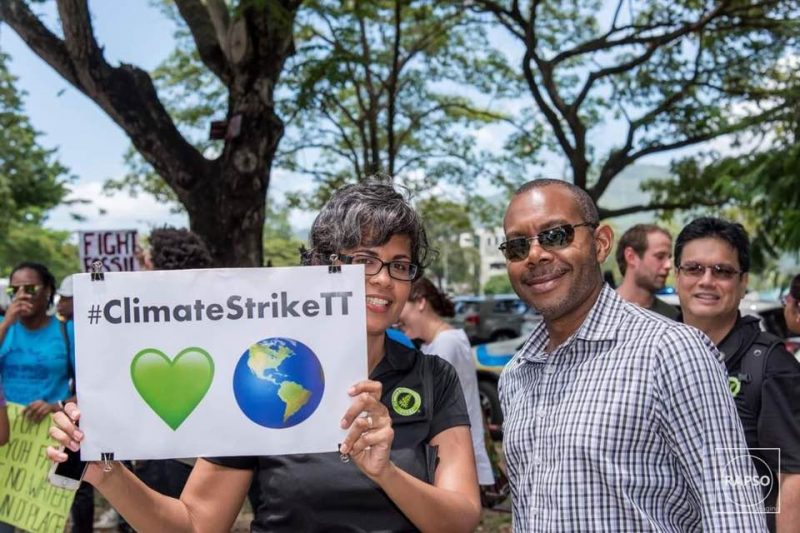 At COP 21, the position of Small Island Developing States (SIDS) like the Caribbean was that the agreement coming out of that 2015 climate change conference must continue to recognise the vulnerabilities that such island nations face. In 2019, Caribbean-based individuals and organisations continued to advocate for environmental awareness and greener ways of living to stem rapidly rising global temperatures and their ill effects.

Jamaica, for instance, used music as a way to educate people about climate change and influence behavioural change. Women's movements in the country were also dedicated to environmental awareness. Tobago, meanwhile, used its increasing levels of coral bleaching as a warning tool, since the main contributors to the phenomenon are warmer water temperatures as a result of climate change.

By September 2019, young people throughout the region joined in solidarity with other global climate marches, empowering participants to plant trees and contribute to universal water sanitation, hygiene and resources management — heartening actions which suggest that the region is not prepared to accept its fate in a looming crisis to which it contributed the least, but will suffer from the most if left unchecked. 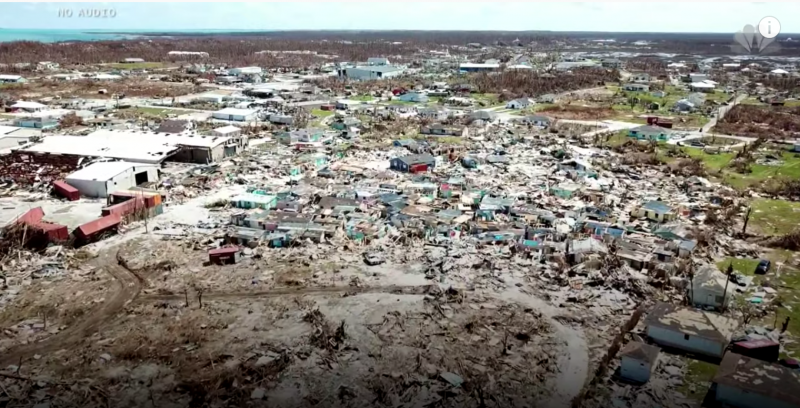 Predictably, the 2019 Atlantic hurricane season was deadly. Unpredictably, it was mostly because of one monster, slow-moving storm, Hurricane Dorian, which lumbered its way across the Caribbean before wreaking unimaginable havoc in The Bahamas.

Following the devastation, there were immediate calls for the region to wake up to the realities of the climate crisis, especially since Dorian was preceded by hurricanes like Irma and Maria in 2017, which had disastrous effects on islands like Puerto Rico and Dominica. Even Jamaica, which had survived a brutal assault from Hurricane Gilbert back in 1988, could not quite fathom how an island nation could withstand a storm with the hovering ferocity of Dorian.

The New Yorker did not mince words in the aftermath of Hurricane Dorian, saying that the trail of destruction, a steadily climbing death toll, severe flooding, unfathomable damage and serious cases of post-traumatic stress were tantamount to “a climate injustice”.

In addressing the United Nations Climate Event Summit in New York on September 23, 2019, Barbados’ prime minister, Mia Mottley, told world leaders to expect a mass migration of refugees if the climate crisis is not solved:

Other regional leaders joined the clarion call, and there is great hope that they will continue to advocate for the best interest of Small Island Developing States. 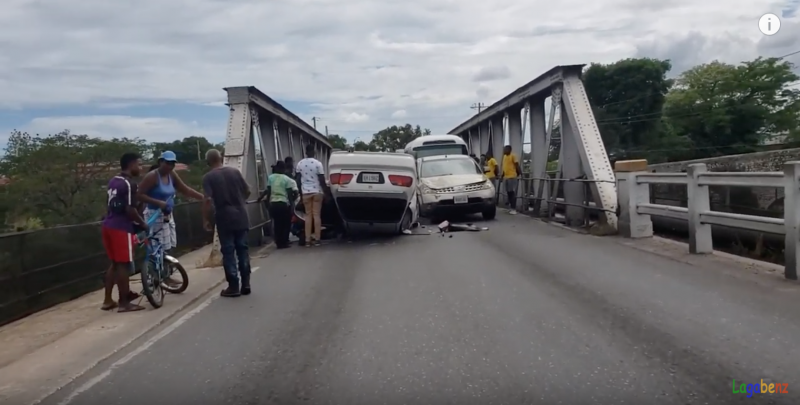 Screenshot from a YouTube video showing footage of a car accident on a bridge in Kingston, Jamaica. Fortunately, there were no fatalities in this particular crash. Video uploaded by Best Jamaica.

In another kind of environmental issue, Jamaica's steadily increasing number of motor vehicle-related deaths took centre stage in November. As at the World Day of Remembrance for Road Traffic Victims, 374 Jamaicans died in crashes, compared to 330 road fatalities in 2018, and 284 in 2017.

In 2019, the National Road Safety Council (NRSC), a non-governmental organisation, sadly failed to achieve its goal of “Below 300” road fatalities. While environmental factors may contribute to some accidents, the majority of crashes are blamed on culture, behaviour and corruption.

While Jamaica is not the only regional territory to grapple with rising road deaths, the hope is that with more robust legislation and a deeper grasp of the issue by decisionmakers, 2020 will be a better year.