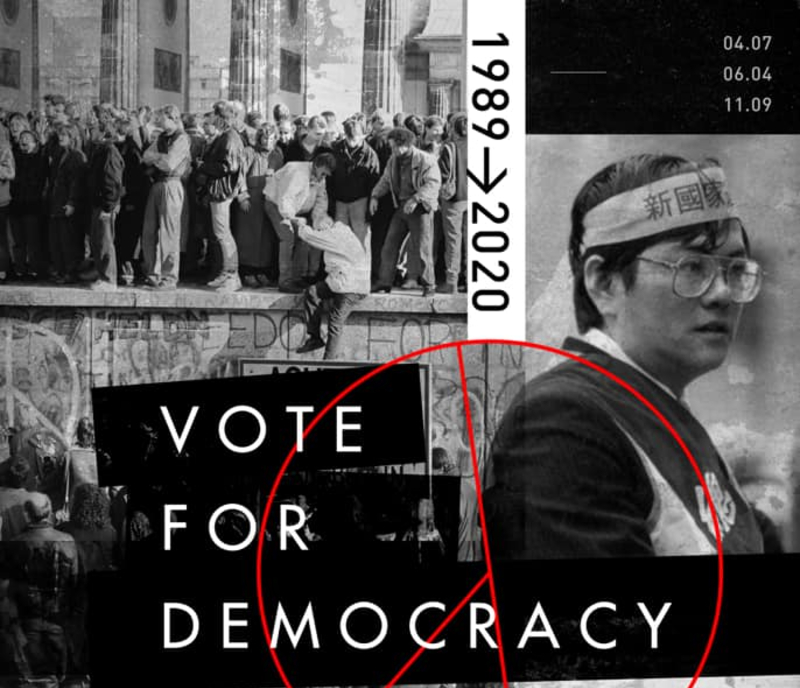 Taiwan’s presidential election will take place on January 11, 2020, and, in order to encourage participation, Taiwanese netizens have started a poster design challenge through the hashtag #GraphicDesignForDemocracy.

Through the posters, people can take a closer look into the country's political history and the significance of democracy for Taiwanese people who lived under martial law (1949-1987) and white terror (1947-1990) for more than 40 years under the Kuomingtang-led government of the Republic of China (ROC), which fled to the island of Taiwan after it was defeated in 1949 by the Chinese Communist Party (CCP) in the Chinese Civil War.

The Taiwanese only gained their right to vote for Legislative Yuan in 1992 and for president in 1996 after decades of struggle under military dictatorship.

The 2020 presidential seat will be contested by incumbent president Tsai Ing-wen, of the Democratic Progressive Party (DPP), who is running for a second term, and Han Kuo-yu of the Kuomingtang (KMT), who sees the controversial One-China Consensus favorably.

The organizers began releasing the submitted posters on 22 of December. Below are five posters that reflect the Taiwanese's aspirations for democracy.

Fan's poster is a collage of photos from 1989, a year marked by mass protests in favor of democracy. The designer was born in 1989. 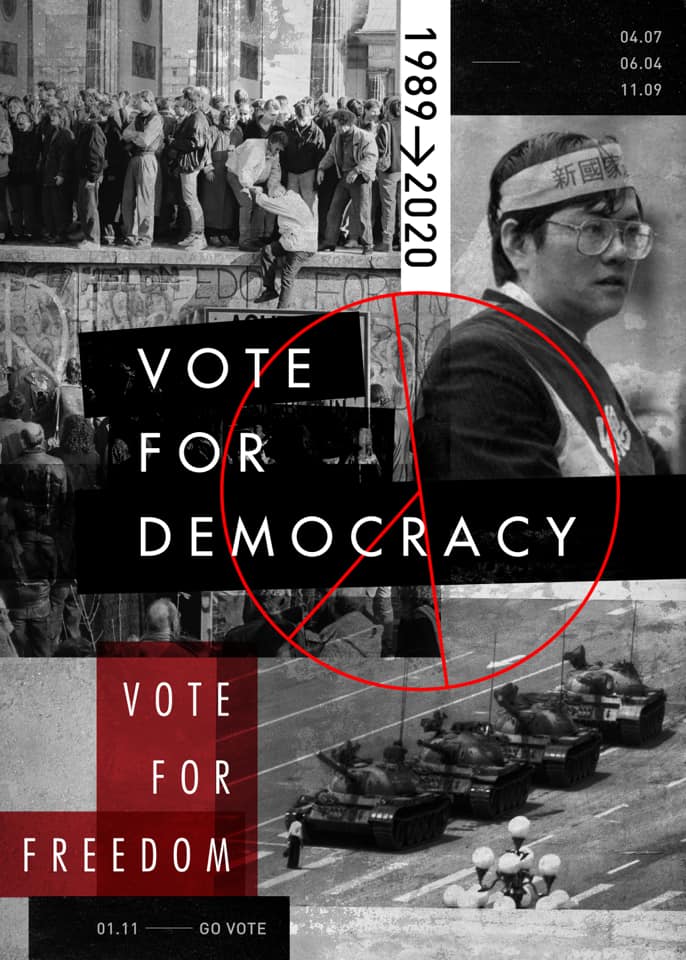 Fan attached an explainer to his poster:

You and I were born in 1989. And this year we turned 30.
The year marks a new page for the world's struggle for freedom and democracy.
April 7, 1989
Our forerunner Cheng Nan-jung set himself on fire as the police attempted to break in his newsroom office to arrest him. He sacrificed his life for freedom of speech. On the same year, Chan I-hua followed his footstep.
June 4, 1989
In China, thousands of people gathered at Tiananmen Square demanding a more open and free society. But they were repressed by tanks and guns.
November 9, 1989
The Berlin Wall, which blocked people from seeking freedom, has fallen. A new wave of democratic movements started in Eastern Europe. The Cold War ended and the Soviet Union disintegrated. It opened up a new page of democratic reform in the world.
Today, our democracy is not yet mature, it is still very fragile.
The enemy is not using guns or tanks, but lies and manipulation to divide us, to hurt what we had struggled for. Our vote is the strongest weapon to resist against the enemy of freedom and democracy.
2020.01.11- go vote.

2. Vote for Hope, by Lin Pin-Hsien

For Lin, the ballot is like the pole star that brings hope: 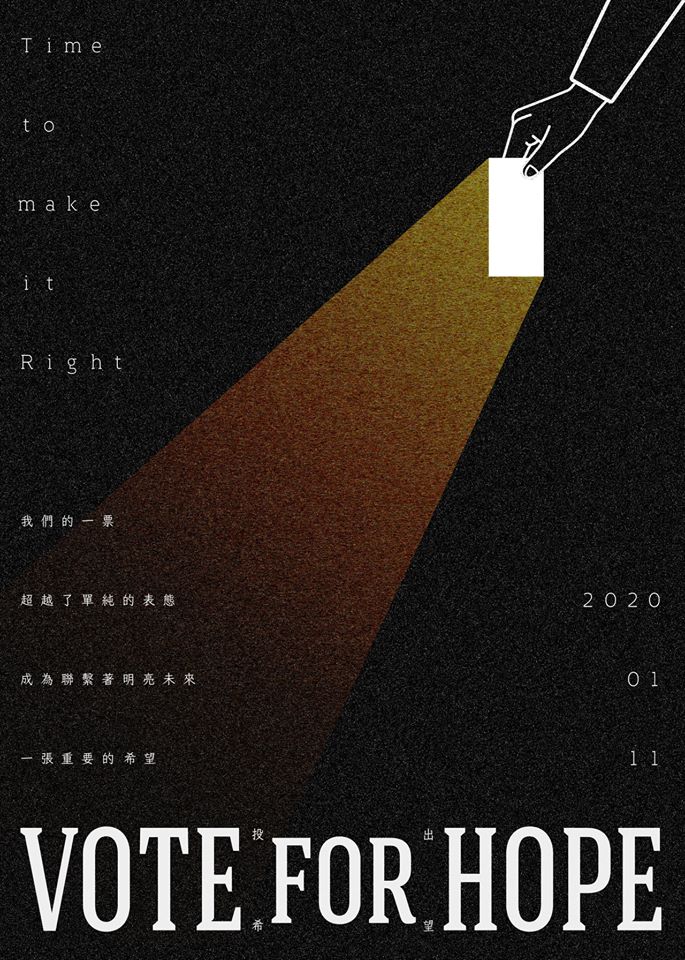 Here is the designer's message:

Hope has nothing to do with smearing and should not be used as an empty political rhetoric. Hope is the pole star that guides us through difficulties and distress. It is the conscience that helps us to make difficult choices. Hope is precious, but now what we need to do is simple.

Shi Su's poster includes tens of thousands of words gathered from news reports on significant political incidents in Taiwan’s struggle for democracy since 1947. 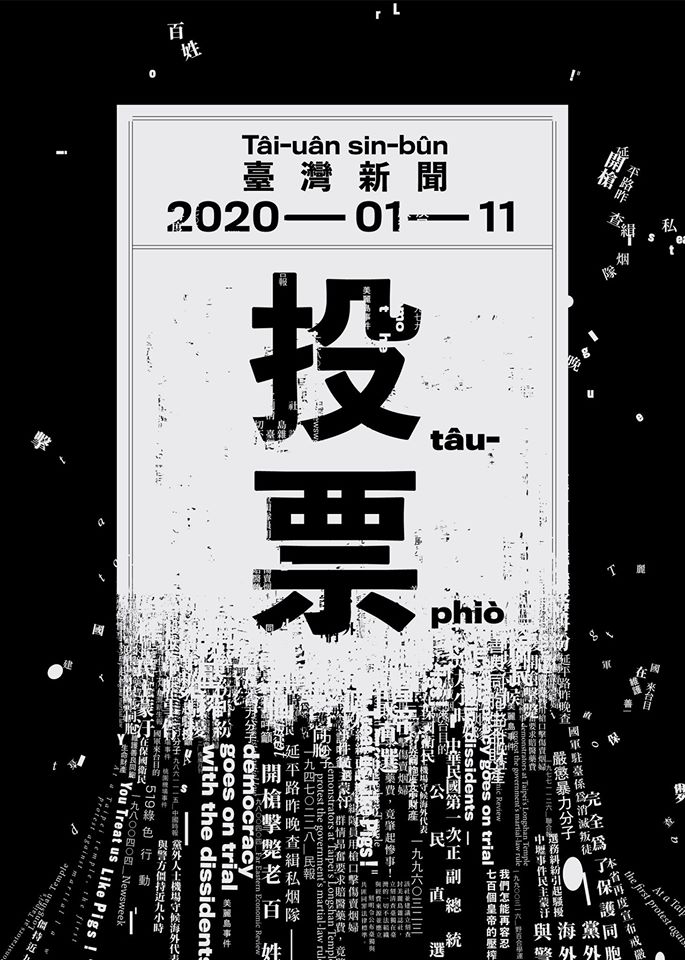 Among the news reports Shi Su picked are:

The “228 incident” which took place on February 28, 1947. A Tobacco Monopoly Bureau enforcement team in Taipei violently confiscated smuggled cigarettes from a 40-year-old widow. The incident triggered a protest and a brutal crackdown which led to the death of thousands of civilians and the beginning of the “white terror” era.

The “Zhongli incident” which took place on 26 of November 1977. Ten thousand people protested against local election fraud which resulted in police repression.

The Formosa Magazine crackdown or the Kaohsiung Incident of December 10, 1979, when the KMT's military troop charged protesters who rallied to commemorate the International Human Rights Day.

The “May 19 Green Action” in 1986, which was the beginning of a movement calling for an end to martial law in Taiwan.

The “Taoyuan airport incident“, when thousands of DDP supporters gathered at the airport to welcome the return of opposition political leader Hsu Hsin-liang to Taiwan after years of exile.

The “Wild Lily student movement” from March 16 to 22 in 1990, when tens of thousand students gathered at the Liberty Square in Taipei demanding universal suffrage of the country's president and vice president.

The first presidential election on March 23, 1996.

Train back home or to the concentration camp? By Anmy Shine

As many of the voters have to travel back to their hometown to vote, Anmy Shine used the high-speed train as the background of her poster. 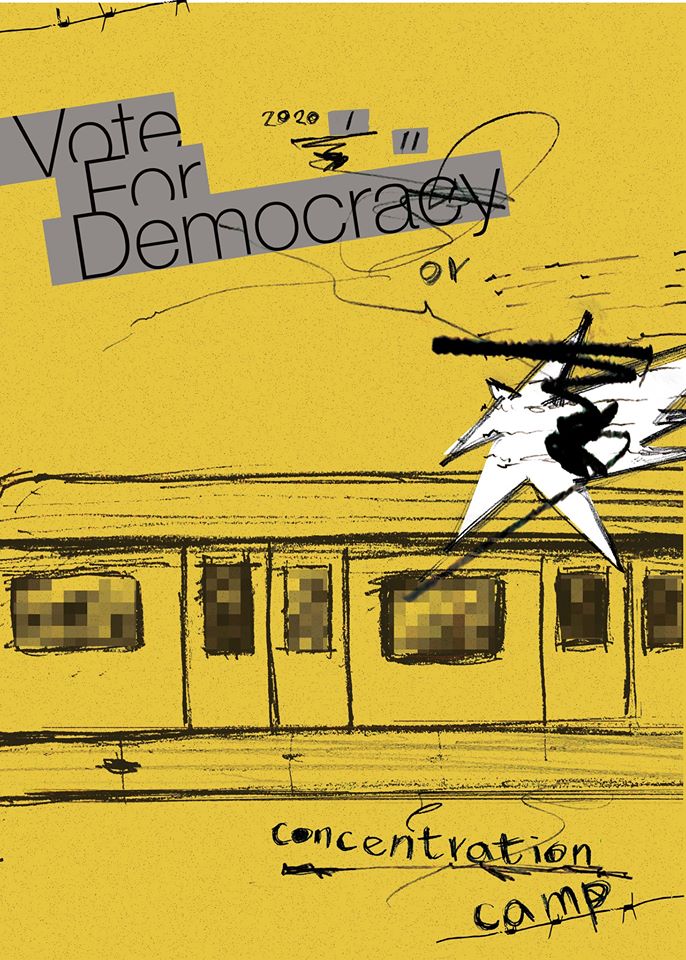 The designer further suggested that the voter's ballot is a choice between protection of their homeland or giving in to China's authoritarian model:

KMT signed the One-China Consensus with China in 1992 and Chinese President Xi Jinping has repeatedly stressed that Hong Kong's One Country Two Systems model would be applied to Taiwan. 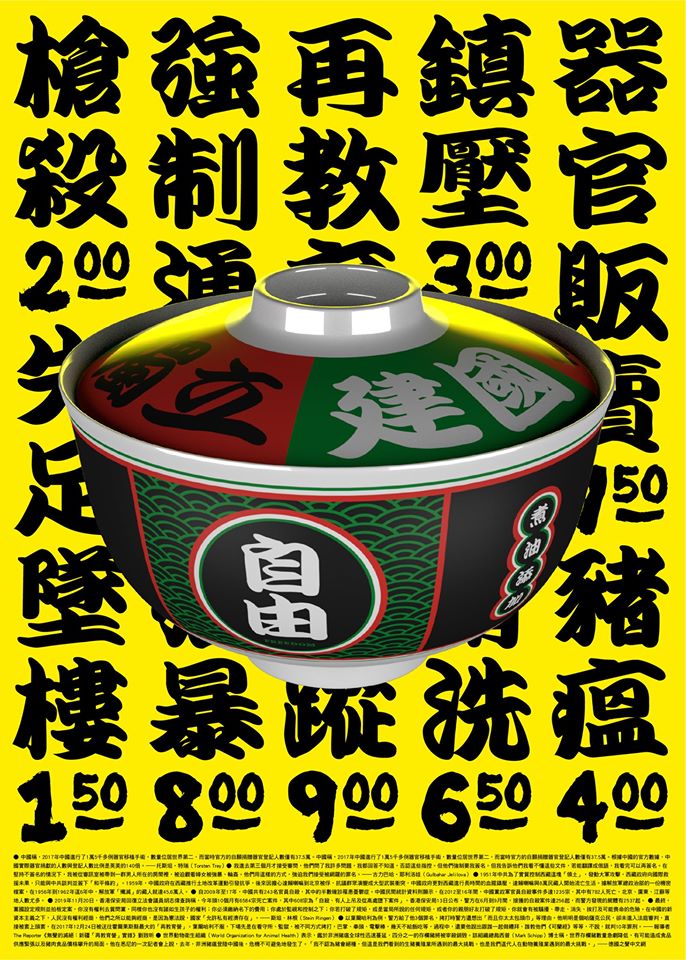 “What's the use of freedom? It is not rice and can't be eaten!” This is a common saying among the elderly in Chinese society as they view stability and prosperity as more important than democracy and freedom. Yun Zon Zen asserts that freedom can't be eaten with a rice bowl and stresses that the bowl can protect people from the swine flu, organ harvesting, patriotic education, and re-education camps.