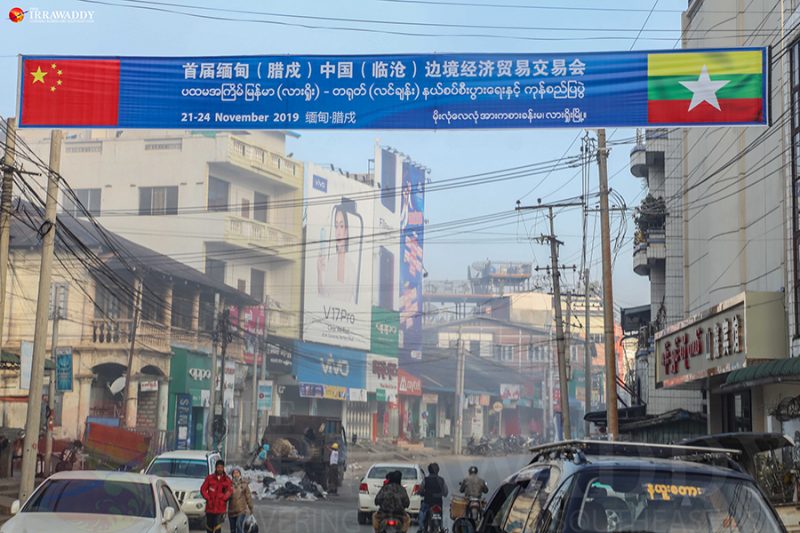 This edited article by Nan Lwin is from The Irrawaddy, an independent news website in Myanmar, and is republished on Global Voices as part of a content-sharing agreement.

The Heartland Foundation was formed in Lashio, northern Shan State, in 2012 and has become a leading environmental conservation organization. Recently, it formed a watchdog team to monitor China-backed Belt and Road Initiative (BRI) projects, together with nearly 20 local civil society organizations. In particular, their efforts will focus on transparency issues, and the environmental and social impacts of the projects.

The team is preparing to raise awareness among locals of China-backed projects that are soon to be implemented across northern Shan State. The Irrawaddy spoke with U Aung Myo Htun, project officer of the Heartland Foundation in Lashio, about locals’ major concerns regarding the China-backed Muse-Mandalay railway project and its potential environmental and social impacts, and growing Chinese influence in northern Shan State.

Nan Lwin: What do you think about the public consultations related to the Muse-Mandalay Railway?

U Aung Myo Htun: We have already collected a lot of data regarding the railway. Recently, the EIA [environmental impact assessment] company did so-called public consultations in some major cities. As far as we have observed, their techniques are not systematic. They have neglected the most important tasks of a standard EIA.

Moreover, those who were consulted do not broadly represent the affected local communities. They only invited a few elderly people and local government officials [from the General Administration Department] from each affected village tract.

Literally, they were supposed to visit the affected villages so they can hear the actual voices of locals. They should explain directly to the local people. Visiting the people on the ground would keep locals well informed about the projects’ challenges and benefits. 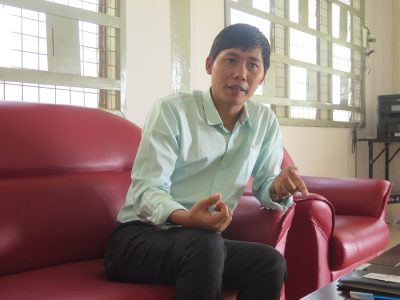 U Aung Myo Htun, project officer of the Heartland Foundation in Lashio. Photo by Nan Lwin/The Irrawaddy, used with permission.

Nan Lwin: What do you mean when you say the EIA company neglected the most important tasks of a standard EIA?

U Aung Myo Htun: Whenever we ask about the technical parts and the details of the EIA process, they cannot answer properly. We asked questions about the environmental impacts, such as how many protected forests will vanish, how many watersheds will disappear and how they will respond to locals’ concerns and address local grievances.

Nan Lwin: What are the locals’ major concerns regarding the Muse-Mandalay railway project?

U Aung Myo Htun: The majority of the people are worried about losing their homes, farmlands and water resources. Some people voiced concerns about losing natural resources and heritage places.

Moreover, armed conflicts are ongoing in northern Shan State. As a result, many people have been displaced from their homes in areas where the planned projects are to be implemented. They are scattered at the IDP [internally displaced person] camps in major cities. Those people worry that their homes and farmlands will be seized by the authorities in their absence. They fear they will lose their rights to discuss their concerns if the projects begin while they are living in IDP camps.

Moreover, the railway will be electric, which means the project will need a large supply of electricity. The most important question is, how will the electricity be supplied to the project? Will they build new dams? We already have many conflicts due to dam projects including China-backed projects in northern Shan State. We don’t want to lose more—including homes, farmlands and other natural resources—to dam projects. That outcome could once again fuel local negative sentiment toward Chinese projects in our state.

Nan Lwin: What are the possible environmental and social impacts of the Muse-Mandalay project?

U Aung Myo Htun: Locals in northern Shan State have already suffered the social and environmental impacts of the Sino-Myanmar China oil and gas pipelines. They have not had a chance to voice their will and [discuss their] ordeals in the past. We all understand that pipelines and railway projects are very different. The impact of the railway will be bigger than the pipeline. As far as we know, they will construct 60 tunnels through the mountains. So the project will definitely destroy protected forests, mountains and natural resources. Moreover, our traditional livelihoods and ecosystems will be also ruined.

Chinese investment will also bring social problems. We need to carefully learn the lessons from other BRI host countries, especially countries that suffered due to grand infrastructure projects. A massive wave of migration from China will flow into our state. One of the biggest problems is human trafficking to China. We have been experiencing thousands of Myanmar women trafficked as brides to China every year. If the railway is completed, the trafficking problem will be hard to control. Besides, we already have a higher rate of drug abuse here because of Chinese migrants. We are afraid that drug abuse will be another problem created by the railway.

Nan Lwin: Do you think locals will gain economic benefits from the project?

U Aung Myo Htun: It is hard to say whether we will benefit from the railway project. I believe that the project will have more benefits for Chinese investors than for locals. They will be able to transport their goods quickly, since they want to link with the Kyaukphyu SEZ, which is a gateway to the Indian Ocean.

Another important thing is natural resources; they are planning to drill the mountains and cut down protected forests. There is a lot of evidence that Chinese trucks carried all the natural resources—even soil—[that was unearthed by] the Myitsone [hydropower project in Kachin State] directly back to China. I am worried they will do the same with the railway project.

The government need to put rules and regulations in the contract stating that the Chinese are not allowed to take our natural resources to China. 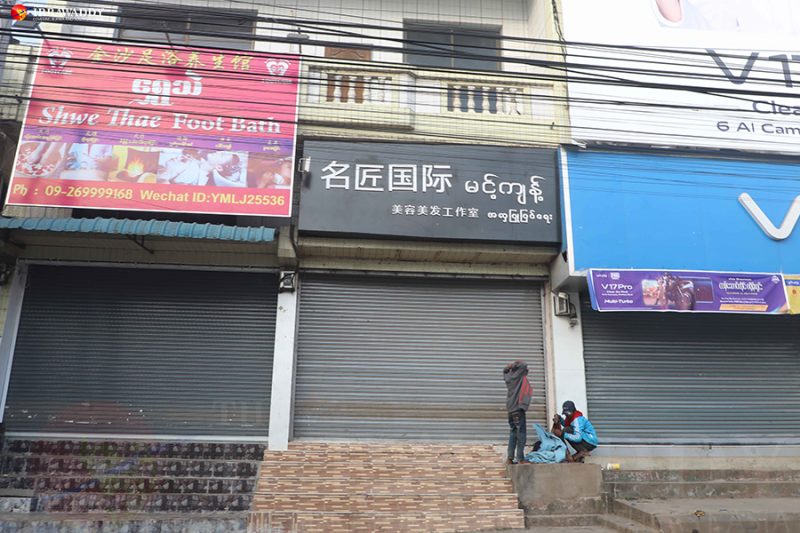 U Aung Myo Htun: Chinese migration has increased rapidly here since late 2010. They bought a massive amount of land under local names. Now, many downtown areas are all owned by Chinese families in Lashio. Local families have been moving to the outskirts of the town because of financial problems. The Chinese know we have a lot of natural resources that locals are not interested [in exploiting]. You see at least two languages—Chinese and Burmese—on all the signs and billboards in the town. Now, the Chinese language is more popular here. The restaurant culture has changed; now they are more focused on serving Chinese food than local Shan food.

Aside from the Sino-Myanmar Oil and Gas Pipelines project, Chinese are investing more and more in plantations such as sugar cane, corn, rubber and tissue-culture bananas across northern Shan State. Those plantations are run by Chinese investors under local names. They are also invested in mining, coal and hydropower projects.

Nan Lwin: What are the environmental and social impacts of Chinese investment in northern Shan State?

U Aung Myo Htun: Rubber, corn, tissue-culture banana and watermelon plantations have been expanding gradually here. They are using insecticides, weed killers and fertilizers and disposing of them carelessly. This has led to the pollution of water supplies in these areas, in turn causing soil damage and killing livestock. The mining projects have destroyed ecosystems and water resources. A lot of forests have been cut down due to mining projects as well.

Moreover, farmers have to change their plantation culture, based on Chinese demand. In the past, they only grew seasonal crops. Now, they are mono-cropping as the Chinese have persuaded the farmers to grow corn and watermelons, which are in high demand in their country. They have also pushed them to boost the quality of their crops and sell the farmers insecticides, weed killers and fertilizers.

Young people are also looking for an opportunity to work either in China or Thailand. In every village in Shan State, a large majority of young people are now working in China. It is sad to see that a large number of Chinese are flowing into the state while the natives are leaving for China. They have replaced the local [population].