From Kenya to Ethiopia, these men received divine dream ‘maps’ to carve caves

Both men say they received explicit instructions from God 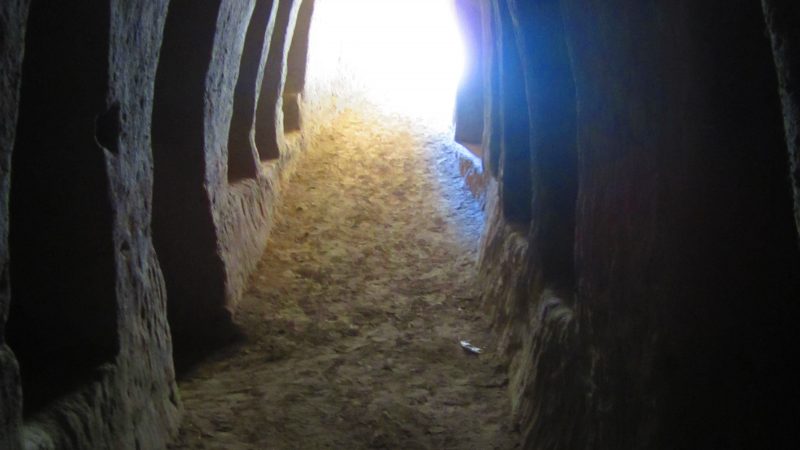 Dunbar caves in southern Ethiopia were dug by Mohammed Yiso Banatah with his bare hands. He was instructed by Allah to create underground wedding chapels. Photo by Amanda Leigh Lichtenstein, used with permission.

On December 26, 2019, BBC Swahili released a video featuring Francisco Ouma, an elder from Busia, western Kenya, who received a message from God to carve a cave. The message came in the form of a map that he received through his dreams. Since February 1967, Ouma has followed the divine map delivered in his dream. Today, his cave has 24 rooms and counting. 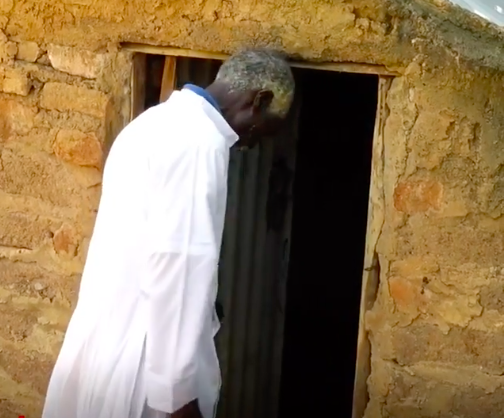 Screenshot of Francis Ouma, who received a message from God to carve a cave with 24 rooms via BBC Swahili / Instagram.

Throughout history, many have questioned the veracity of divine intervention through dreams, even casting doubt on one's mental health and stability. But prophets from Islam, Judaism and Christianity have all testified to messages from God sent through dreams for millennia.

Using just a plow and his own two hands, Ouma faced trial and error as he hit on stones that prevented him from digging. He finally found the right spot to manifest God's cave map in his mind.

In one room, there's a stone with writing on it with the words of Jesus. “Jesus Christ was the one who brought me this news,” Ouma said, “and then he explained it to me as it was with Moses.” Ouma believes he is bringing back another covenant with God to the world.

“The second stage is coming. This is the first stage of the covenant. The second is coming. I can't say for sure what it is now because if I announce it, I may be cheating humanity. Therefore, I will wait for the report to be given at last,” Ouma told BBC Swahili.

The BBC Swahili video has been viewed nearly 50,000 times with over 100 comments and counting. While some have raised questions about the mental stability of those who claim to receive messages from God through dreams, including a professor quoted in the video, many comments supported people of faith who tune into messages shared through dreams.

For me, people like these, usually I believe them a lot, much more than those who fill us [up] from continuous contributions of words of hope from houses of worship, 52 years a person just digs — if he didn't have his mind, wouldn't his community or the government not recognize this? He hasn't even asked for the help of a tractor or money for his labor. We should not judge this person. 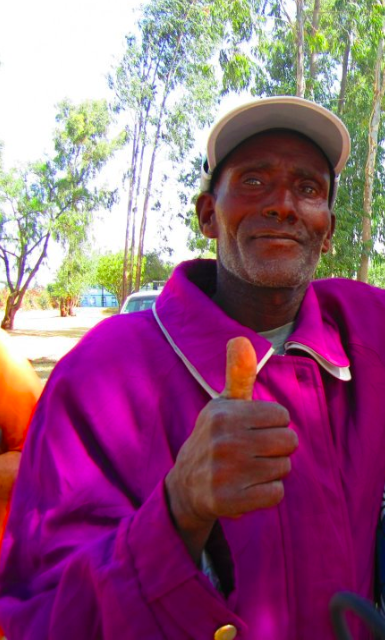 In southern Ethiopia, a similar testimony exists from an elder named Mohammed Yiso Banatah, who said back in 2012 that he was visited by Allah 33 years ago in a series of ten dreams. Through the dreams, he received explicit instructions from Allah to ultimately create underground wedding chapel caves.

Banatah said it was in his third dream that the blueprint for these chapel caves was burned into his consciousness.

You can read my full narrative account of Banatah's dream sequence and what prompted him to start digging what would become his life's work here:

In his final dream, the tenth one in a series back in 1979, a man appeared in his dream who took Mohammed to a small tree on his property and pointed to its roots. The man showed him exactly where to start digging and told him that his life would depend on it. At midnight, he saw visions of gold. Surroundings up close appeared far away and objects farthest away were pulled up close to him. He was told where, when, and how to begin digging and the next day, when he woke up, he began to dig into the earth with his bare hands.

These sunlight-flooded caves have been somewhat of a tourist attraction where people stop, pay a modest fee, and tour the quiet stillness at least four meters underground. Some couples have even arranged wedding ceremonies there.

The architectural genius of these spaces reveals the finery and steadiness of Mohammed’s hand – he’s spent careful hours carving, smoothing, cutting, digging, and designing an intricate series of archways, cosy nooks and hidden rooms within rooms, some that have been furnished with soft mattresses and simple earth-slab shelves, while others are stark and cool with tiny, rounded windows flooding through with secret rays of sunlight appearing out of nowhere.

Caves have carried deep spiritual and metaphorical significance throughout history.

A whole chapter called “Al Kahf” or “The Cave” appears in the Quran. It features a Christian folktale known as the “People of the Cave,” in which youth, tortured for their beliefs, fled their city to find refuge in a cave and fell asleep.

When they awoke and returned, they realized the entire city had become believers.