The currency change changes nothing about French colonization in Africa 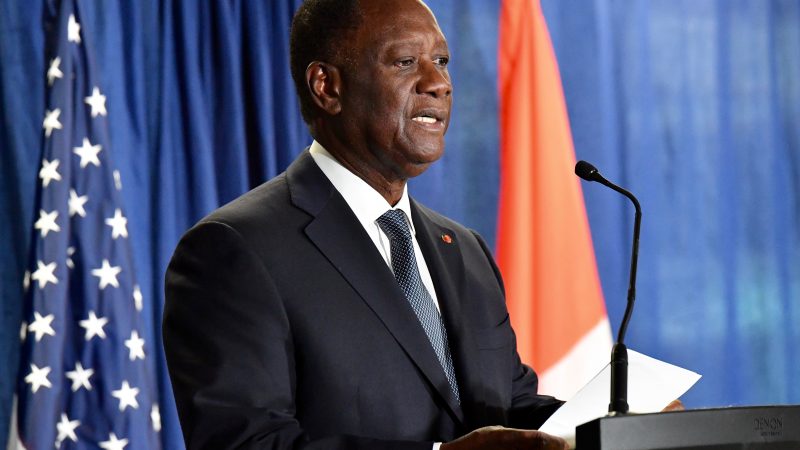 As part of this agreement, French officials will no longer be represented on the governing bodies of these African central banks and member states will no longer keep half their foreign reserves in France, reported France 24.

But the currency reform struck a nerve with many netizens who feel that the change does little to address the harsh legacy of French colonialism in West Africa, where many nations are still indebted to France. 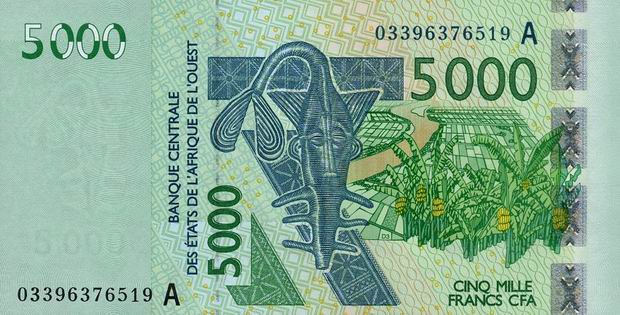 The Financial Cooperation in Central Africa was established in 14 former French colonies upon gaining independence.

The Central African Economic and Monetary Community (CEMAC), made up of Chad, Cameroon, the Central African Republic, Democratic Republic of Congo, Equatorial Guinea and Gabon, is not currently part of the agreement, though it also uses a version of the CFA franc, also pegged to the euro.

The French franc became the benchmark for the CFA franc after World War II, according to financial analyst Frances Coppola. In 1999, when France took up the currency of the European Union, the euro was “hard-pegged” to the CFA:

A legacy of French colonial debt

Despite this largely symbolic break from a colonial history with France, 14 countries have remained indebted to France since their liberation from them in the 1960s: Benin, Burkina Faso, Senegal, Cote d'Ivoire, Mali, Niger, Togo, Cameroon, Central African Republic, Guinea Bissau, Equatorial Guinea, Chad, Congo-Brazaville, and Gabon.

Through “a colonial pact,” France forced these countries to “put 85 percent of their foreign reserve into France Central Bank,” under the control of the French minister of finance, journalist Mawuna Koutonin wrote in 2014.

Koutonin and other critics essentially called this foreign reserves deposit system a “colonial-era tax.” Others argue that this is an “exchange for the guarantee of a more stable currency and unlimited convertibility into any currency,” according to Africa Check.

Those who defend this “deposit system” argue that it has offered financial stability to these nations since independence. But critics see this enforced debt as part of a harsh legacy of dependence on France.

“African leaders who refuse are killed or victim of a coup. Those who obey are supported and rewarded by France with a lavish lifestyle while their people endure extreme poverty and desperation,” Koutonin wrote.

Many recognize that France would not hold the power it does without its dependence on the billions deposited through this system. Former French leader Jacque Chirac once stated that “without Africa, France will slide down into the rank of a third [world] power.”

On Twitter, feminist scholar and writer Judicaelle Irakoze outlined all the ways in which the 14 former French colonies in West Africa have been indebted to France through this foreign reserves deposit system.

Since December 21, over 20,000 netizens have shared Irakoze's Twitter thread that schools readers on the history of French colonization and the ways in which former colonies are still locked into debt:

Since I can't sleep, A thread on France and the 14 african countries who still pay tax colonies up to now.

I know we cannot compare colonizers but France as a state continues to the most racist and white supremacist and thriving on colony taxes!

Irakoze details how in 1958, when Guinea fought for independence, the French who lived in Guinea caused mass destruction. Ahmad Sékou Touré resisted and became the first president of Guinea and attempted to cut ties completely with France between 1965-1975.

When Burkina Faso became independent from France in 1960, Thomas Sankara attempted to cancel their agreement to hold at least 50 percent of their foreign reserves in France, and tried to cut ties, but was killed months later.

Writer Rosebell Kagumire notes the irony of the currency change announcement on the same day as Sankara's birthday:

On this Holy Day that is Thomas Sankara’s birthday and coloniser announces half withdrawal from the economies of African countries!
France must end this nonsense, a their being a guarantor of new African currency in 2019 is shameful and shows how long we still have to go

When Mali became independent from France in 1961, resistance fighter Modibo Keita, the first president of Mali, actively tried to sever ties with France. He was eventually overthrown and later died as a prisoner. For years, Mali agreed to hold at least 50 percent of their foreign reserves in France.

And in 1963, Togo also agreed to hold at least 50 percent of their foreign reserves in France.

Irakoze sees this as a kind of “colonial-era tax,” like Koutonin, and continued in her Twitter thread to explain the various ways in which leaders who resisted France paid with their lives with either assassinations or coups.

The Economic Community of West African States (ECOWAS) also plans to launch a regional currency called Eco by 2020 that is not pegged to the euro.

The New York Times described President Alassane Ouattara of Cote d'Ivoire's move to peg the new currency to the euro as a “hijacking” of the Eco that will likely disrupt ECOWAS plans. This is because the seven other ECOWAS countries all have separate currencies with heavy government restrictions on their exchange rates.

The ‘continuation of colonization’

In June 2019, Chihombori-Quao, former ambassador of the African Union (AU) to the United States, stated that France takes over $500 billion from Francophone African countries based on a pact they forced these countries to sign before they were granted independence. She made these remarks in a presentation, “The Pact for the Continuation of Colonization,” and is known to have strong views toward French colonization in Africa.

Chihombori-Quao was fired by the AU on November 1, 2019, for her criticism of France.

In January this year, Luigi di Maio, Italian deputy prime minister, accused the French of exploiting Africa and fueling migration. Maio said that France had “never stopped colonizing tens of African states,” the BBC reported. Maio further stated that were it not for Africa, France would rank 15th among world economies — not in the top six.

The currency name change is symbolic and historic, but it does not undo years of French colonization in West African Francophone countries.