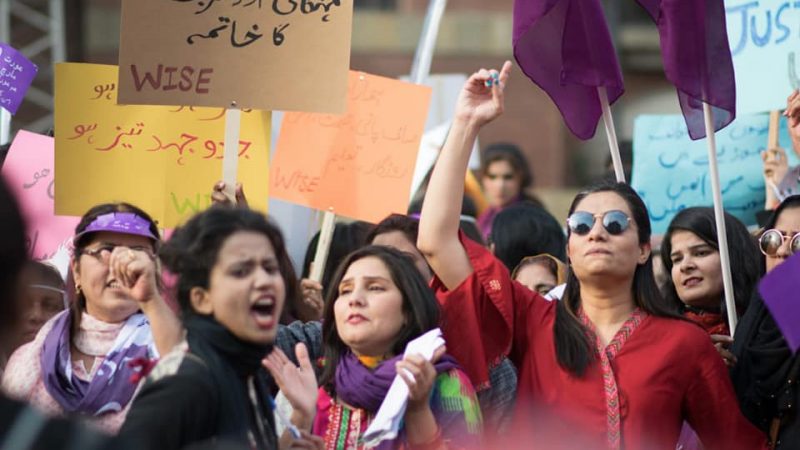 On March 8, 2019, International Women’s Day, women took to the streets in all four provinces of Pakistan to protest against patriarchy. Image by Shaheena Kausar via Aurat March Lahore. Used with permission.

Below are some of the stories produced by the Global Voices South Asia team in 2019. We thank all our contributors, editors, and translators for their efforts in sharing these stories.

The year of 2019 has been a turbulent one for South Asia.

In February, tensions rose between India and Pakistan after 46 soldiers were killed in a terrorist attack in Kashmir. Both countries were at the brink of war after each made retaliatory manoeuvres against the other.

A series of coordinated bomb explosions killed hundreds in Sri Lanka during the Easter Sunday mass on April 21, 2019. To make it worse, anti-Muslim attacks stoked tensions and incited fear among the local population.

In countries like India and Bangladesh, fluctuations in onion prices have disrupted local politics.

Overall, our coverage in the past 12 months highlighted stories of protests and internet shutdowns from across the region.

A year of protests

In India, a growing number of protesters are speaking out against the recently promulgated Citizenship Amendment Act (CAA) that offers citizenship rights to non-Muslim refugees and immigrants from neighbouring countries Afghanistan, Pakistan, and Bangladesh and the proposed National Register of Citizens (NRC). Both acts are being criticized for fueling anti-Muslim prejudice. 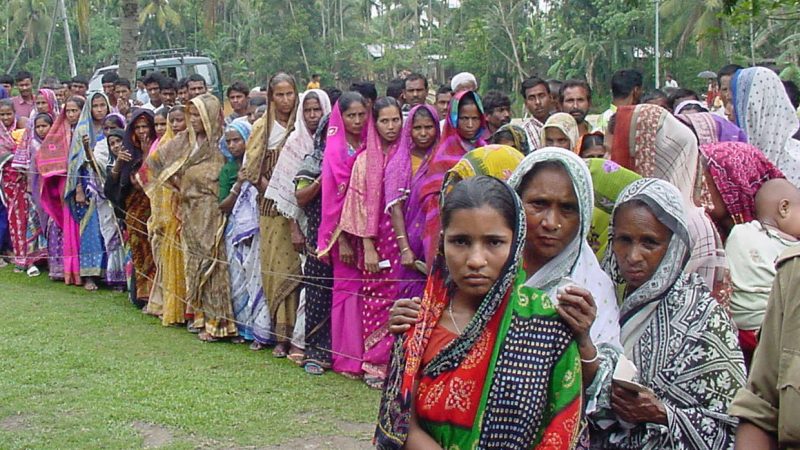 Indian authorities ordered a crackdown on protesters, curfew regulations were strictly imposed, internet shutdowns were arbitrarily implemented, as the hateful politics behind the amendment measure continues to create more division.

Student Solidarity Marches were held across Pakistan on November 29 which called for the establishment of student unions in educational institutions. 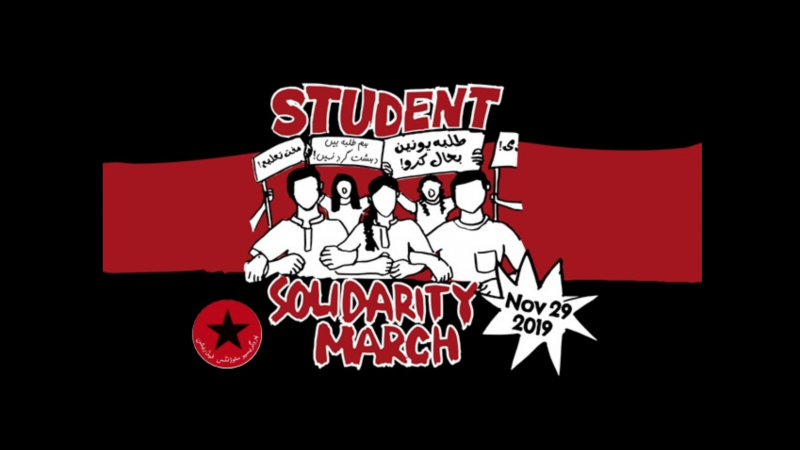 In Bangladesh, a successful online and offline protest was organized last July against a proposed tax on sanitary napkins.

A ban on rickshaws in the Bangladesh capital Dhaka to ease traffic congestion was met by protests from rickshaw pullers and some commuters. The rickshaw pullers stressed that without providing an alternate income or income rehabilitation program their livelihoods are at stake. 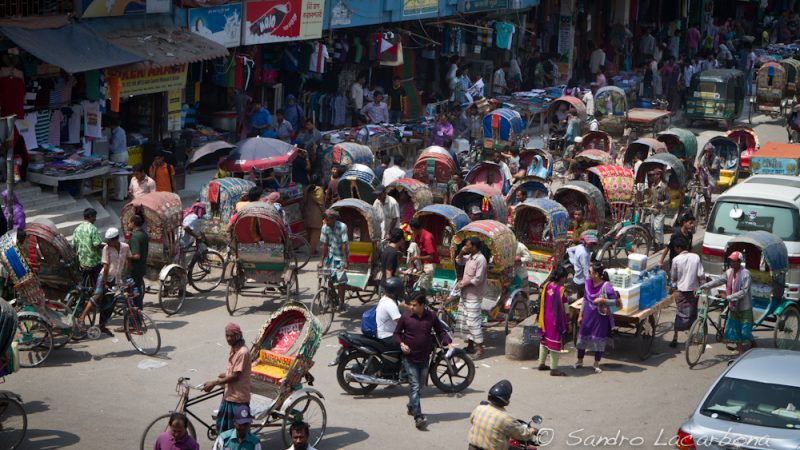 A car-free-day in Colombo sounds like a good idea from an environmental point of view, but it created a lot of debate online. 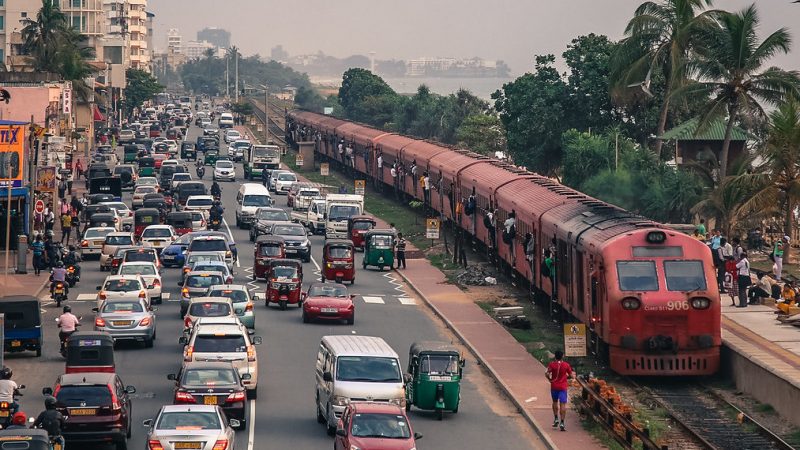 Read more: Why are people debating the proposed car-free day in Colombo?

A year of internet shutdowns 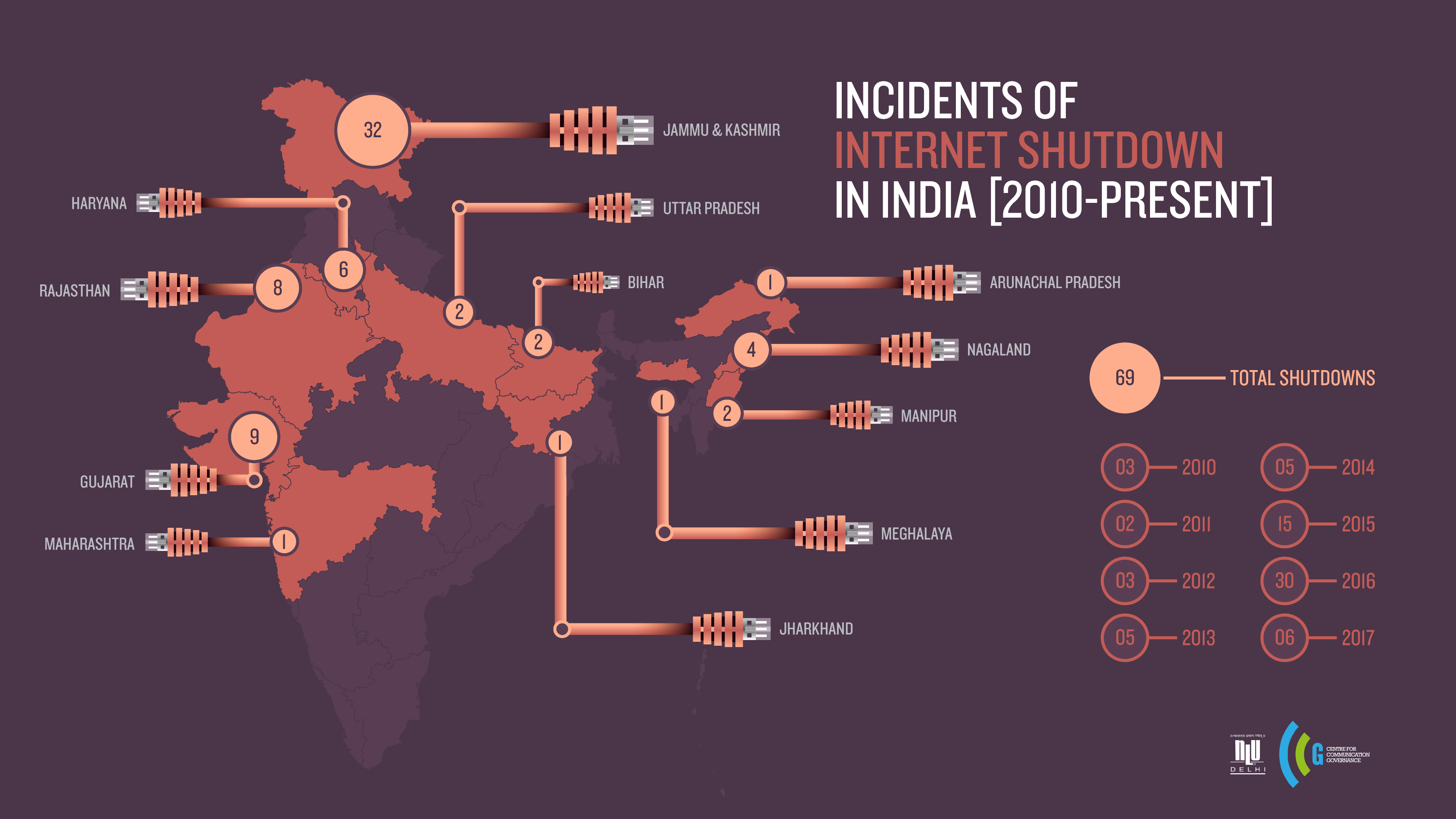 However, in 2019, the largest democracy in the world has seen the highest number of internet blocks with close to a hundred monitored cases of shutdowns.

On August 5, India revoked Article 370 of the constitution that gave special status to the disputed state of Jammu and Kashmir, in the northwest corner of the country. Fearing unrest, the Indian authorities placed hundreds of political leaders and their aides under house arrest, aside from suspending access to mobile, landline, and internet networks.

An Indian paramilitary soldier stands alert in Srinagar after administration imposed curfew in parts of Kashmir valley. Image published on May 25, 2019. Via Instagram account of Ieshan Wani. Used with permission.

In October, authorities partially lifted access to communication networks in Kashmir. Access to the internet has been gradually restored but only in select locations. As of this writing, Kashmir is still disconnected from the internet making it the longest network restriction in a supposedly democratic country.

Internet shutdowns were also common in Pakistan, Bangladesh and even in Sri Lanka.

Also, the Bangladeshi government has cut down internet access to the Rohingya refugee camps several times in 2019. 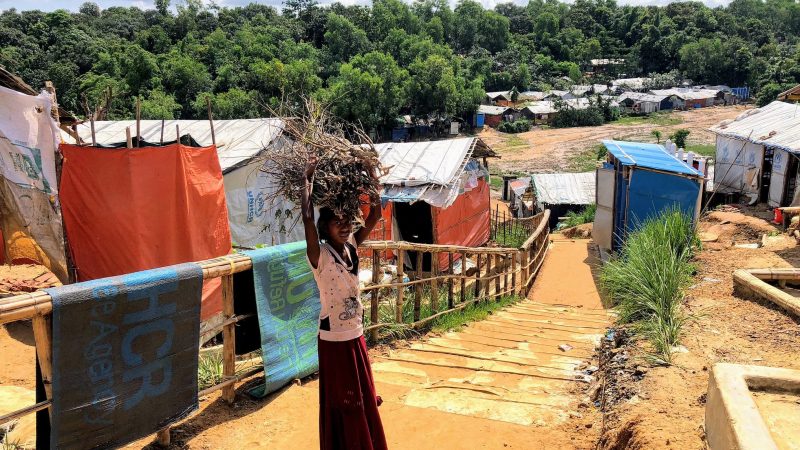 Media under pressure in Pakistan

In Pakistan, censorship and online threats against the press occurred throughout the year. Pakistani journalists faced tough challenges such as violent attacks, threats, layoffs, late salaries, censorship and bans on certain TV channels. 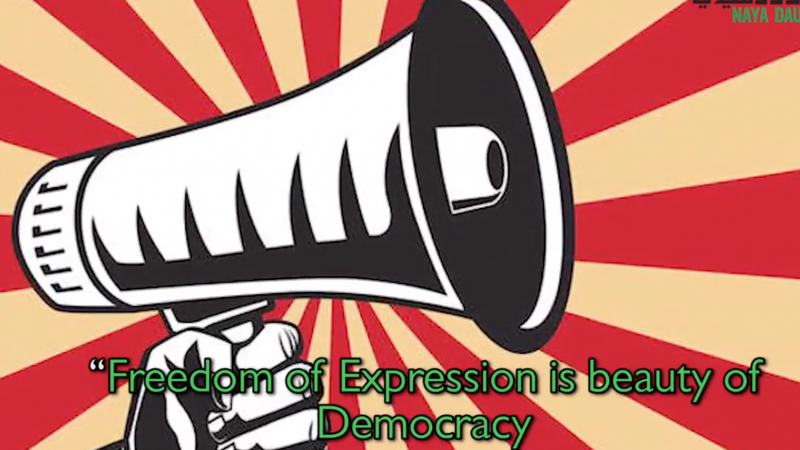 A study by Reporters Without Borders (RSF) and Freedom Network also showed that the concentration of media ownership in a few hands in Pakistan has led to more censorship and lower journalism standards.

Read more: Protests against a media house in Pakistan mount

A year of censorship and repression

In February, the Bangladeshi government targeted the world's largest Bengali blogging platform by blocking 20,000 sites including Google Books in an anti-porn drive. The platform was unblocked after eight months. 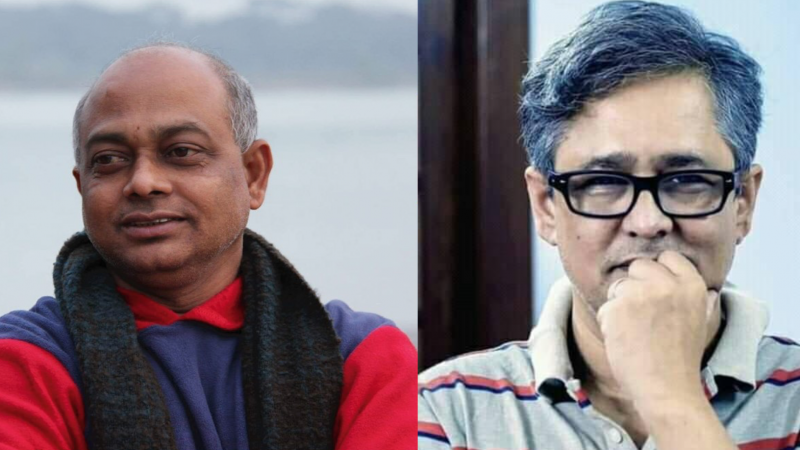 In October, security forces stormed the Karachi Biennale 2019 and ordered the closure of an art exhibit by Pakistani sculptor Adeela Suleman titled “Killing Fields of Karachi” which showcased the alleged 444 extrajudicial killings by the police officer Rao Anwar. 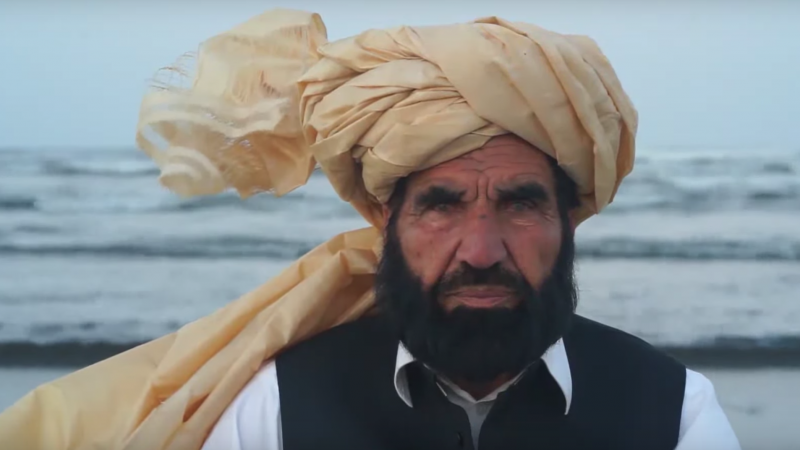 A father awaits justice. Screenshot from the documentary: “The Killing Fields of Karachi,” by Pakistani artist Adeela Suleman.

In April, the Indian government banned the Chinese app TikTok for “degrading culture and encouraging pornography”. But many users say the ban has negative implications on free speech.

The extrajudicial killing of four accused rapists in India has led to a heated debate between those who applaud bypassing the slow-moving wheels of justice and others who feel that it sets a bad precedent.

In a small coastal town of Cox's Bazar in southeastern Bangladesh, girls are defying social and cultural taboo by learning to surf. 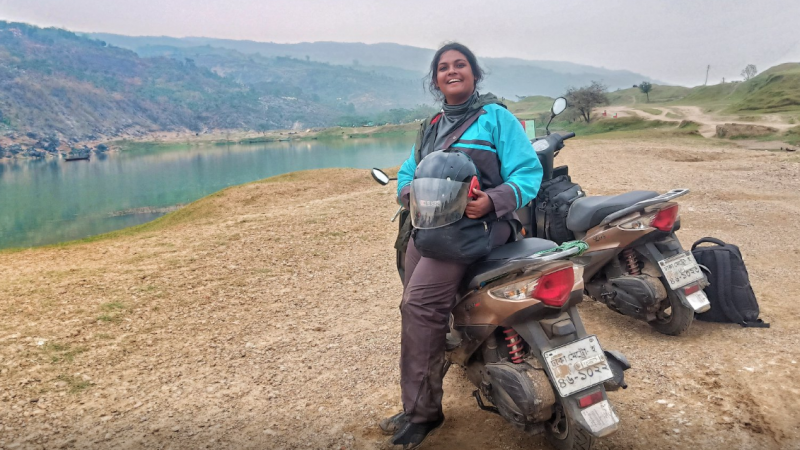 Sakia Haque and her team travel on motorbikes as much more than tourists; they talk to local girls about reproductive health, the challenges that come with adolescence and women's empowerment. Image courtesy Sakia Haque, used with permission.

Read more: These women ride across Bangladesh on motorcycles to spread the word about empowerment

In Kolkata, India, Muslim girls are playing football to fight against patriarchy and domestic abuse and prevent child marriage.

Read more: ‘Not Allowed to Touch’ campaign is raising awareness about child abuse in Pakistan

In a historic effort, Bhutan’s national assembly, the country's lower house of parliament, took the first step toward decriminalizing what is described in their law books as “unnatural sex”, which includes homosexual acts. The LGBTQ+ community in Bhutan welcomed the decision.

In June, Nepali activists held a parade in time for the international Pride Month. 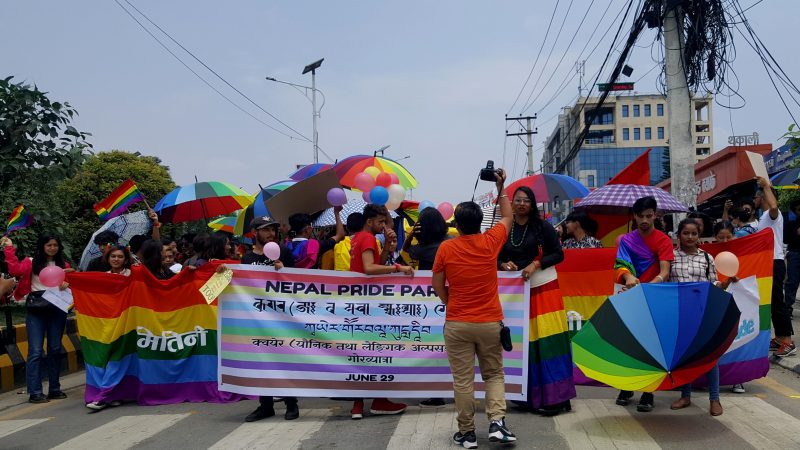 Participants at the Nepal Pride Parade 2019. Photo by the author.

Rapid urbanisation and global warming are affecting the environment in South Asia and the livelihoods of 1.5 billion people residing in this region, a chunk of them are still below the poverty line. 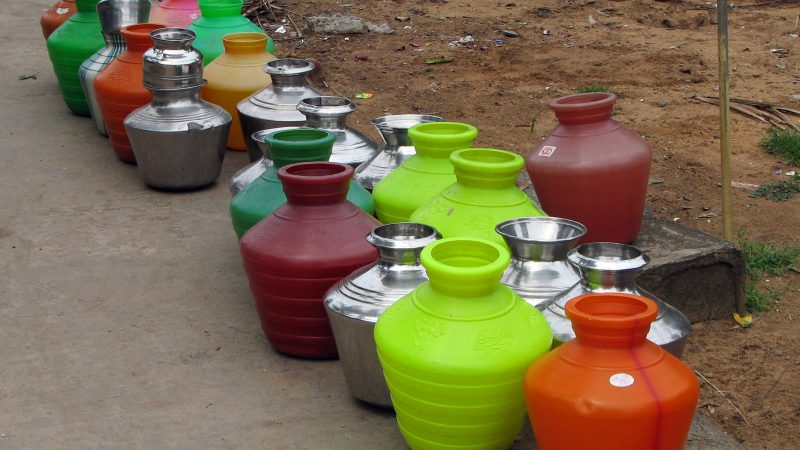 During water crisis, water pots lined up for filling in Chennai, India. Image from Flickr by McKay Savage. CC-By-2.0

Delhi, the capital of India, suffers from high air pollution levels every year. However, the smog problem in November grew out of control and citizens also had to contend with toxic foam covering the already badly-polluted Yamuna River. 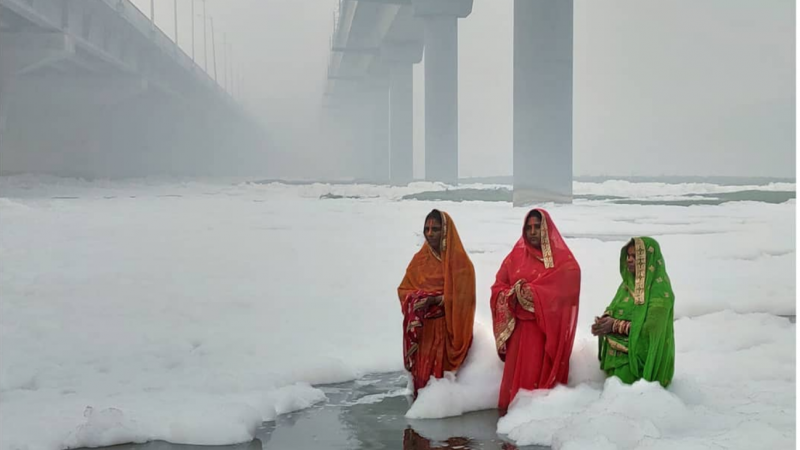 Women taking a dip in the waters of Smog clad Yamuna river covered in foam. Image via Instagram by Nabina Chakraborty. Used with permission

India produces over 62 million tonnes of garbage every year and landfills rank third for greenhouse gas emissions. Environmentalist activists like Afroz Shah are fighting for waste clean-up and reduction of carbon footprint.

The authorities are not doing enough for the protection of the forests and trees.

However, there is a silver lining. Youth networks and startups in India are stepping up to increase awareness on climate change while offering greener solutions.

The effects of climate change, intermittent rain, unusual weather patterns, and lack of cleanliness have caused the spread of dengue in a number of South Asian countries including Bangladesh. As the government is accused of not doing enough to tackle the health crisis, people used social media to increase awareness and help the victims. 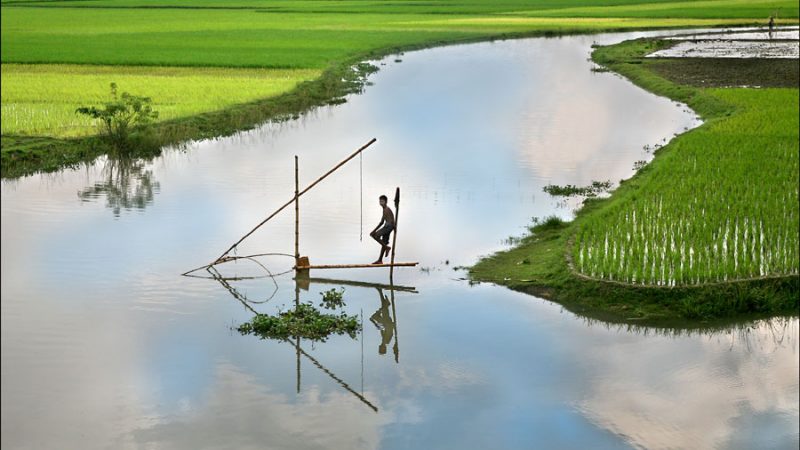 In Bangladesh, a two-month-long fishing ban aiming to boost fish stocks was met with protests by local fisher communities prompting a debate between conservation and community rights. 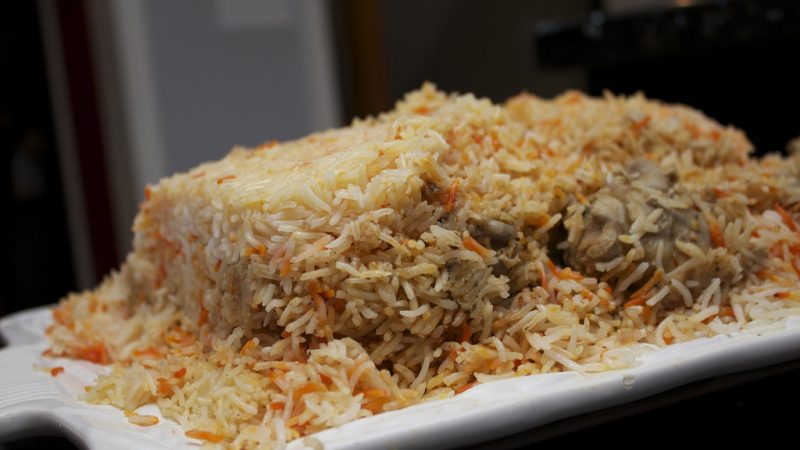 Biryani, one of the staples of Pakistani cuisine. Image by Faizan Ashraf. CC BY-NC-ND 2.0

In a regional collaboration, we looked at how Biryani, the king of South Asian cuisine is perceived in different countries with all its variations. In a post, we dug deep into the origins of Biryani and found out that Biryani is considered a trademark dish from the Indian subcontinent.

Biryani is a very popular dish in Pakistan and the question often arises, “Is this the national dish of Pakistan”?

Read more: Biryani Stories: How Dhaka’s Biryani went from being the food of the elites to the dish everyone eats

We look forward to more Biryani stories and other stories from South Asia in 2020.