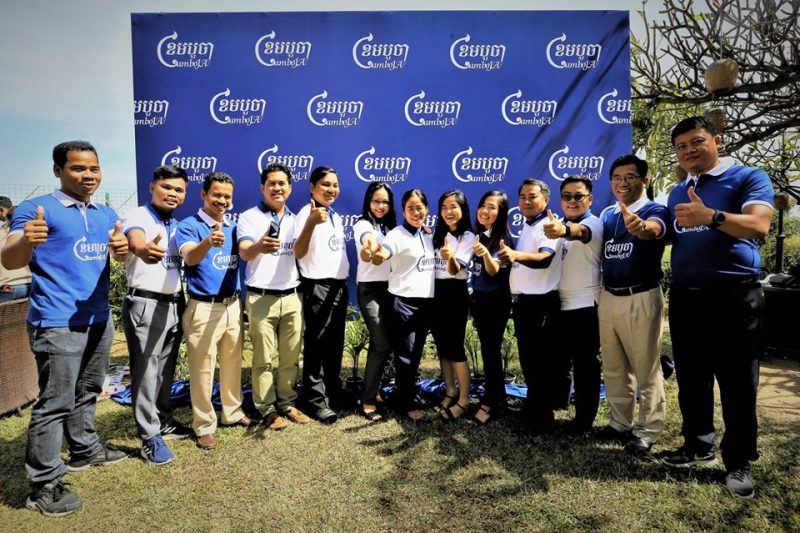 Members of the Cambodian Journalists Alliance during the launching event. Source: Facebook

More than 200 participants attended the launching [2] of the Cambodian Journalists Alliance (CamboJA) on 13 December 2019 in the capital city of Phnom Penh.

It is a membership network of journalists registered at the government’s Information Ministry. It now has nearly 100 members who are freelance, staff, and even citizen journalists.

The idea of establishing a network of journalists came from a meeting organized in February 2019 when 20 professional journalists discussed the media situation and the issues facing journalists in Cambodia. They agreed to hold a weekly meeting in order to plan the formation of CamboJA.

Nop Vy, CamboJA’s board chairman, highlighted the objectives of the network through an email interview with this author:

We plan to improve professionalism through capacity building, raise awareness about the code of ethics, and provide technical support and training to local media.

Nop Vy, who is also part of the Cambodian Center for Independent Media, mentioned the importance of protecting independent media:

We are going to monitor and document the cases of violence against the work of journalists. We will address the lack of access to independent information from Cambodia through the development of a new news media platform. We will also provide legal and mental health support to journalists in order to assure their safety and well-being.

The news website [3] was also launched which featured stories [4] about journalists facing threats and persecution.

Cambodia’s media has faced difficulties in recent years after the Hun Sen government, which has been in power for more than three decades, charged [5] several independent radio and news outlets over licensing and tax issues. Critics said this was tantamount to a crackdown on independent reporting.

Another prominent case related to press freedom is the espionage charge filed against two former reporters of Radio Free Asia. Media groups in and outside of Cambodia have often cited [6] the case to remind the government to stop criminalizing the work of journalists.

Participate in the launch of the Cambodian Journalist Alliance (CamboJA). I wish the new alliance all of the best in their efforts to restore trust in media and to improve professionalism, neutrality and independence for the media sector and journalists. pic.twitter.com/rPxDT00SLU [7]

Chak Sopheap of the Cambodian Center for Human Rights lauded the establishment of CamboJA while noting some of the challenges [9] facing the media sector:

The introduction of CamboJA is therefore a vital progression for independent journalism. I wish to congratulate CamboJA on their launch and the quality of the work they are already producing. While CamboJA may begin to fill some of the gaps in Cambodia’s free media, the gaps remain numerous and cavernous. Our free press is insufficiently protected and is under constant threat. The use of the courts to harass journalists is an unacceptable tactic to silence and threaten those who speak critically about the government and it must be stopped immediately if we are to protect our fundamental right to free speech.