In the frenzy over the new $100 bill, Trinidad & Tobago's banking sector reveals its disrespect for an age-old practice

'This practice is a centuries-old financial institution' 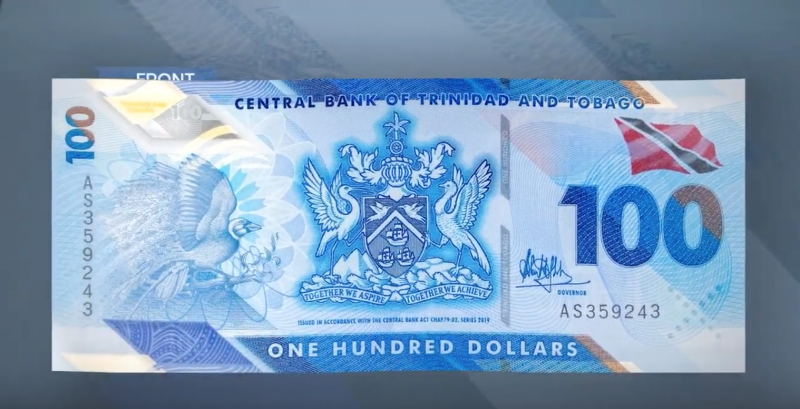 The Central Bank of Trinidad and Tobago recently demonetised the country's existing $100 bill, which was replaced as legal tender on December 9, 2019, by a new polymer $100 note with enhanced security features.

The move forms part of the objectives listed in the Central Bank’s Strategic Plan 2016/17-2020/21, aimed at improving the durability of the banknotes, making them more difficult to forge and easier for the visually impaired to identify by touch. The old $100 note only remains legal tender until December 31, 2019, and since the announcement of the shift, people have been rushing to commercial banks to deposit their paper $100 bills before their value is negated.

One goal of this initiative has been to identify any ill-gotten money within the system; in keeping with international best practice, depositors must declare the source of the funds before the money can be accepted. However, there has been an outcry over comments made by Karen ­Darbasie, pre­sident of the Bankers Association of Trinidad and Tobago (BATT) and chief executive officer of First Citizens, a state-owned bank, who said that if a “sou-sou” is listed as the source of funds, the banks will not accept the deposit.

Darbasie explained that while each bank may have its own policy on the issue — some, for instance, say it depends on quantum — financial institutions will generally “not ­accept sou-sou money as a legitimate source of funds” even though they understand it is part of the local culture. “It is not something that we can independently validate,” she said. “We […] have a responsibility as a bank to ensure that the information that is put on the source of funds looks like it is consistent with the ­client’s behaviour historically and that it is coming from a real source. From a banking perspective, it is impossible for us to validate a sou-sou.”

On Facebook, Tillah Willah was indignant about both Darbasie's statement and the local media's reporting of it:

The media never fails with its lack of acknowledgement of anything African, so I'm not surprised at the description of sou-sou as ‘an informal, co-operative loan system…popular in Trinidad and Tobago and throughout the ­Caribbean.’
This empty and limited description dismisses the fact that this practice is a centuries old financial institution and can be found among West African populations and was brought to this part of the world through enslavement and has survived and thrived as a system of co-operative economics for African people for whom the banking system was not set up and systematically excluded until well into the 70s.

She also shed some light of the origins of the practice:

Esusu is linguistically associated with Ibo, Yoruba, Twi and the system is culturally embedded across West Africa. It ties to the Southern African philosophy of Ubuntu — I am because You Are.
Actually this is just one example of ways that people who are not served or deliberately excluded by colonial and neocolonial capitalist institutions have been able to thrive legally.
It's not just about the money. It's about collective responsibility, a community being accountable for everyone's mobility.
Without sou-sou my mother would not have been able to buy a house at age 30, nor indeed my great grandmother who was born just after Emancipation and was able to buy a house at the turn of the 20th century in Grenada.

Tillah Willah made the point that on a trip to Ghana, she saw “locally owned cooperative banks offering a sou-sou banking arrangement”:

There is now an esusu app and countless ways that sousou has embraced digital banking. But in Trinidad, it's informal, illegitimate and not valuable because it's something that working class black people do. With countless examples around the world of banks being bailed out by tax payers, with corporate entities making you all but wine for a $500 cheque to support poverty alleviation, what moral authority does any bank have to say what is legitimate and what is not?

Other social media users agreed. Jonathan Bhagan, who remembered one high school teacher involving his class in a “sou-sou” as a hands-on lesson in local culture, said:

The outright refusal of banks to accept Sou Sou as a source of funds stinks of elitism. A sensible policy approach would be to put a cap on ‘Sou Sou’ funds […]

Our banking system should seek to cherish and preserve our culture rather than condemn it.

This country is a damn plantation. Policies which do not take context into consideration. Who is the government serving?

A few months ago someone said how come black ppl doh have their own banks (we had [just] seen the Muslim credit union) I said we do, it’s called a sou sou.

Things that effing irking me is how black people's history always start[s] at slavery. If u speak anything before that or try to apply the tools and methods our ancestors lived on…you are demonized for it.

BATT has not said anything further about the issue.