2019: A year of flipping scripts and changing narratives in Africa

Journalists remain on the frontlines of freedom of expression wars 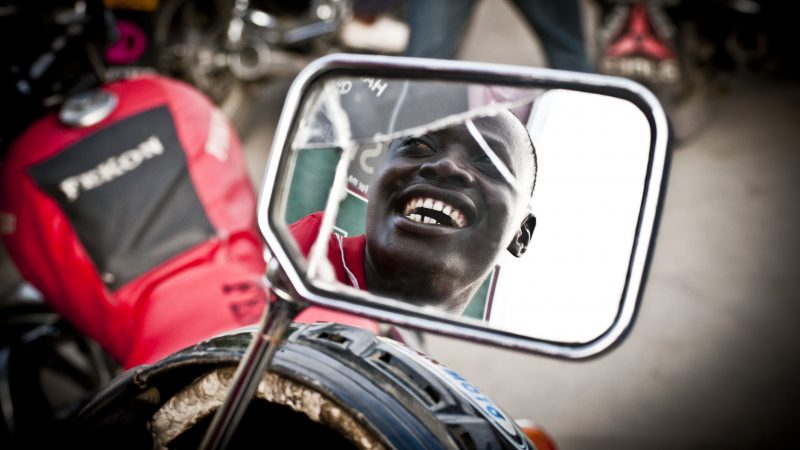 A year of changing narratives on Africa.

From the fall of longtime leader Omar al-Bashir in Sudan to the rise of Prime Minister Abiy Ahmed, in Ethiopia, Africa witnessed another year of profound shifts in leadership in 2019. In Guinea, after President Alpha Condé announced his intention to run for a third term, anti-government protests sparked pan-African solidarity. The longtime leader of Zimbabwe, Robert Mugabe, died on September 16, 2019, leaving a complicated legacy lodged between “freedom-fighter” and “despot.”

Perhaps no other opposition voice was louder this year than that of Robert Kyagulanyi, known by his stage name “Bobi Wine.” The People Power opposition party leader from Uganda spoke out loudly against longtime leader Yoweri Museveni and declared his intention to run for president in 2021. But Wine was arrested several times for organizing protests against Uganda's “social media tax,” and if convicted, would not be allowed to run.

Wine, along with many others, have been fighting against the current trend across Africa of shutting down dissent, often under the guise of laws drafted to prevent hate speech and fake news online. In 2019, governments deployed internet shutdowns during politically charged periods in Zimbabwe, Sudan, and Ethiopia, among others.

Journalists and media workers remain on the frontlines of Africa's freedom of expression wars. In Nigeria, human rights activist and journalist Omoyele Sowore, publisher of SaharaReporters, was arrested in August on charges of treason and harassing President Muhammadu Buhari, after running against him in February elections. In December, hours after he was freed on bail, Sowore was rearrested within the precincts of an Abuja High Court. And in Tanzania, journalist Erick Kabendera remains languishing behind bars on charges related to economic crimes. His lawyers say the abduction and arrest of Kabendera —  a well-respected investigative journalist critical of the government — was politically motivated.

We lost some greats in 2019. On May 21, 2019, the world lost Kenyan writer Binyavanga Wainaina, an outspoken LGBTQ activist and creative writer who insisted on changing the way we see and write about Africa. And on August 6, 2019, legendary American writer Toni Morrison died, leaving a hole in the heart of literary Africa. Morrison, a champion of centering black and African narratives, had a profound influence on African writers and social critics.

But stories of survival also defined 2019. In March, when the deadly Cyclone Idai nearly destroyed the city of Beira, Mozambique, as well as many parts of Zimbabwe and Malawi, the region came together to think critically about ways to improve rapid response systems to save lives. In the Democratic Republic of African scientist Jean-Jacques Muyembe-Tamfum, director-general of the Institut National de Recherche Biomédicale (INRB), discovered the cure for ebola. And in Ethiopia, 350 million trees were planted in a single day, flooding the globe with the hope to confront imminent climate change.

There were also difficult stories that forced us to confront inequalities that threaten our shared humanity. Traveling for Africans remains an extreme sport. For Africans traveling outside the continent, applying for a visa is like offering sacrifices to a ravenous god. Most countries assume that Africans who travel will not return to their home countries, leaving African visa applicants to bear the burden of proof. For instance, in May, DJ Duke and MCZO, two Tanzanian musicians were denied a visa to the United States after a months-long visa application process.

With stories of survival come stories of healing and reconciliation. This year, The Gambia embarked on a groundbreaking truth, reconciliation and reparations process that captivated citizens as witnesses, perpetrators and victims came forward to share testimonies of torture under the former Yayheh Jammeh regime. The process, which continues in 2020, is a testament to the power of truth in storytelling to heal and confront abuses of power, but it also raises questions about the extent to which absolute power corrupts absolutely. 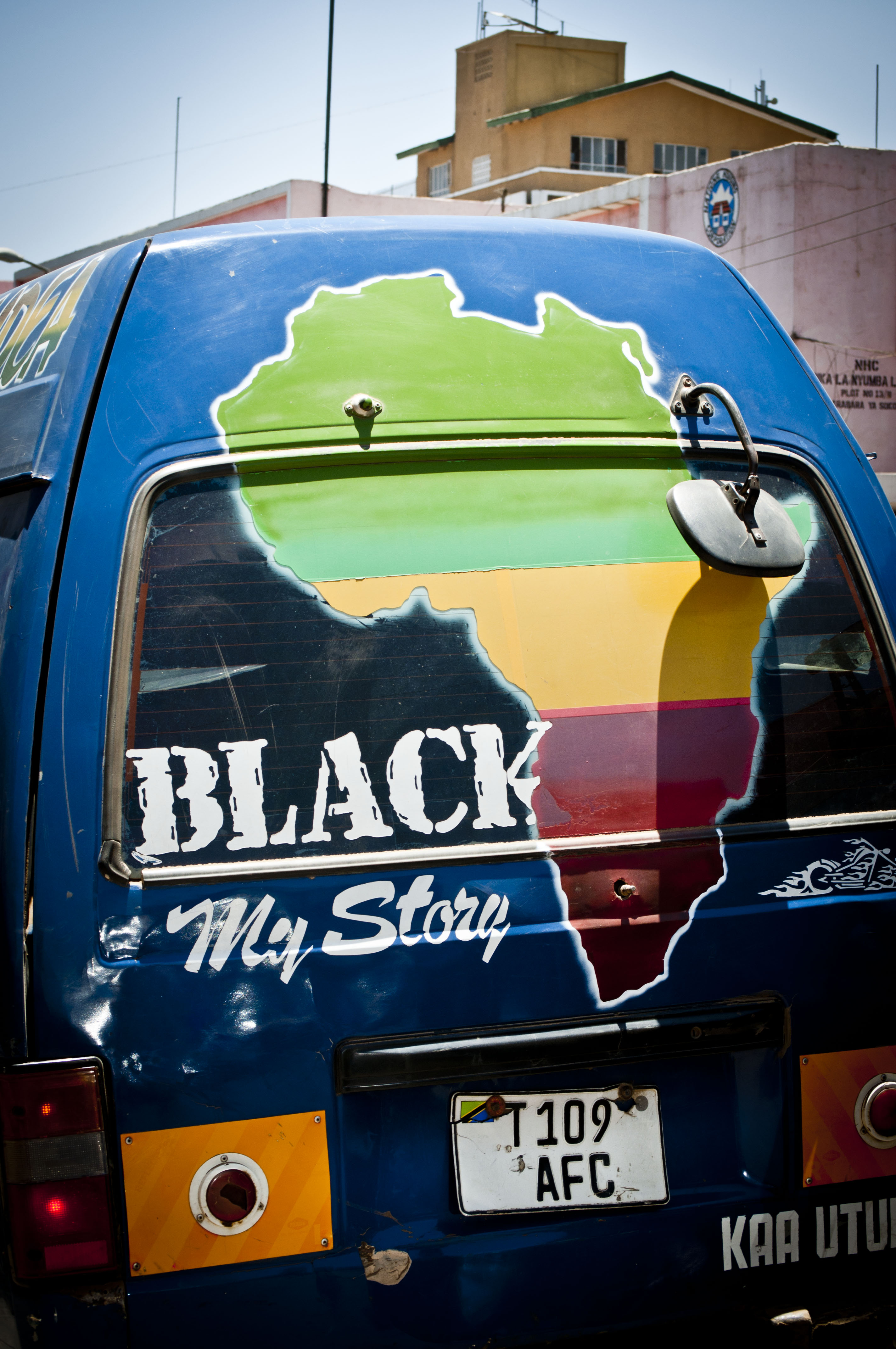 “Black: My story,” says the writing on this daladala (taxi) in Arusha, Tanzania. Photo by Pernille Bærendtsen, used with permission.

Global Voices’ sub-Saharan Africa team worked hard this year to shed light on the stories transforming Africa. Of the hundreds of stories we told this year, here are ten that most captured our attention in 2019:

Nigerien man stranded at the Ethiopian airport for months

Eissa Muhamad, from Niger, says he has been stranded in the transit section of Bole International Airport in Addis Ababa, Ethiopia, for more than two months, starting on November 6, 2018. Muhamad, 24, was deported from Israel where he lived for eight years as a migrant.

Although Guinea’s constitution allows only two consecutive terms in office, the country's current president, Alpha Condé, recently announced that he intended to seek a third term. To help achieve this, he has not hesitated to make calls to violence.

Was the Nobel Peace Prize for Ethiopia’s prime minister premature?

On October 12, barely 24 hours after Ethiopian Prime Minister Dr. Abiy Ahmed Ali was awarded the Nobel Peace Prize for 2019, the organizers of a protest were arrested and prevented from addressing a press conference in Addis Ababa. Abiy, a 43-year-old former intelligence officer, became the fourth prime minister of Ethiopia on April 2, 2018. He immediately launched a series of reforms that were not only unprecedented but which would have seemed impossible five years ago.

As the world prepared for the 18th annual Convention on the International Trade in Endangered Species of Wild Fauna and Flora and their Conference of Parties, four southern African countries — Zimbabwe, Botswana, Namibia and South Africa — have submitted a petition and proposal seeking to remove restrictions and allow international trade in registered raw ivory of their elephants.

Since April's military ouster of President Omar al-Bashir, pro-democracy protesters’ attempts to negotiate a transition to civilian rule with Sudan's Transitional Military Council (TMC) faltered, stalled and then broke down. Mohammad Mattar, 26, was one of many protesters shot and killed during a deadly sit-in. To cope with their grief, Mattar's friends began a social media campaign asking people to change their profile pictures to shades of blue in solidarity with protesters’ pro-democracy struggle. It went viral.

On July 3, 2019, the New York Times announced a job ad in search of the next bureau chief for its Nairobi, Kenya, office. The reductive language used to describe the ideal candidate’s role and responsibilities reignited an enormous debate on Western media's trafficking of tired stereotypes about Africa.

Kenyan writer, Binyavanga Wainaina, who taught the world ‘how to write about Africa,’ dies at 48

The outspoken, openly gay writer rebuked convention and challenged the status quo, triggering a literary revolution that opened the door to thousands of aspiring writers ready to change the narratives in and about Africa. A writer, educator and LGBTQ activist, Binyavanga Wainaina, 48, died on May 22, in Nairobi, Kenya, after a brief illness.

Morna, traditional music and dance from Cape Verde, was approved by UNESCO as an Intangible Cultural Heritage of Humanity. Cape Verdean singer Cesária Évora was one of the best-known performers of the genre and dubbed “the queen of Morna.”

Every day, millions of Ugandans hop on social media to get the latest news, chat with friends, and express their views. But in May 2018, when the Ugandan government introduced controversial taxes on social media and mobile money services to raise revenue and “curb gossip,” it amounted to an internet shutdown in terms of accessibility and affordability. This year saw mass protests against the social media tax as the opposition heats up ahead of 2020 elections in Uganda.

Is Mandarin Chinese the language of East Africa’s future?

The introduction of the Mandarin Chinese language to East African school curricula signals China’s growing influence in Africa as a global superpower. As China strengthens its already robust trade and infrastructural ties with Africa, Chinese-government funded Confucius Institutes and Confucius Classrooms are on the rise in East Africa.